When OurHealth recently visited the hospital’s causality section, we found more than 50 patients on stretchers. According to some patients’ relatives like Jesse Morena some had waited through the night for care.

“We have been waiting here at casualty from 6 pm with the sick patients all through the night,” said Morena. “Some of the staff members, when we asked them, told us that they are short staffed at the x-ray (department)”.

According to Gauteng Department of Health Spokesperson Steve Mabona, the department has 29 diagnostic radiographers. While Mabona conceded the hospital casualty was one of the hospital’s busiest departments, he denied it was overcrowded.

“The situation cannot be defined as always ‘overcrowded,’ but differs from day to day depending on the number of patients that are received on any given time,” he said. “Some patients are required to wait for various reasons before being transferred to other sections of the hospital, such as waiting for blood results.”

Mabona added that the department does triage patients, prioritising those with the most severe conditions and that this means that less serious cases may face longer waiting times.

On a typical day, 15 medical officers and 18 nurses staff the hospital’s causality department, according to Mabona.

Jacob Skhosana – a 75-year-old man with a large, debilitating growth behind his ear – is a happy man after it was removed.

Health activists have highlighted on-going medicine and consumable shortages, broken equipment and inadequate human resources at all Gauteng hospitals in response to Health MEC Hope Papo’s recent claims that his department is on top of matters. 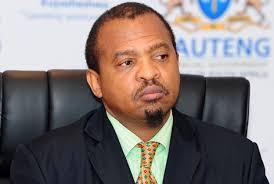 LUSIKISIKI. ‘ Ayanda*, a 19-year-old girl from Joe Slovo Park, was drugged and then filmed while three men raped her. One of the men was her boyfriend, Siyanda*, who alledgedly said that by filming the act he wanted to make her famous.