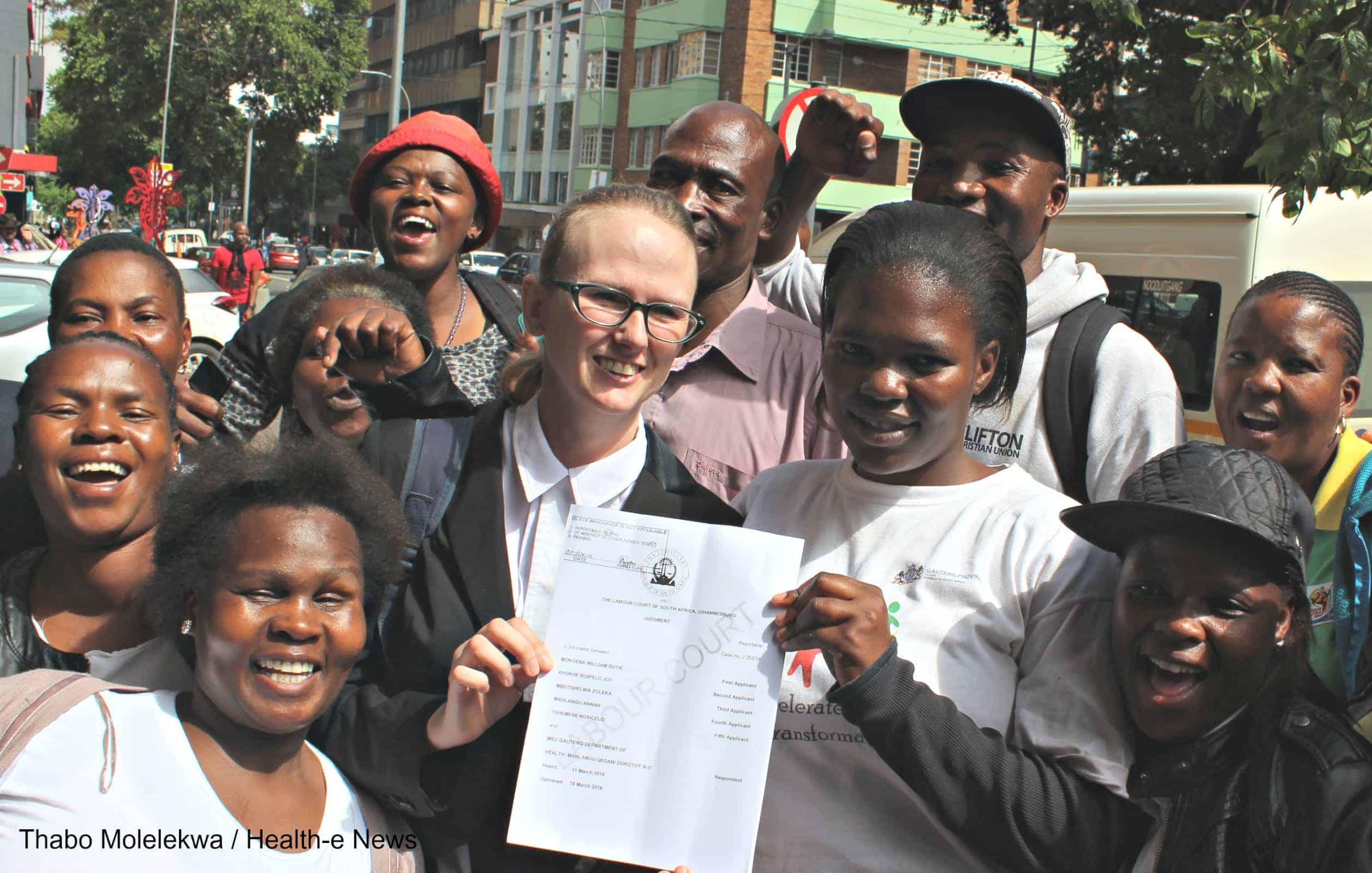 The jobs of thousands of community health workers may have been temporarily saved as the Labour Court rules that the Gauteng Department of Health violated labour laws when it advertised their jobs without notice. 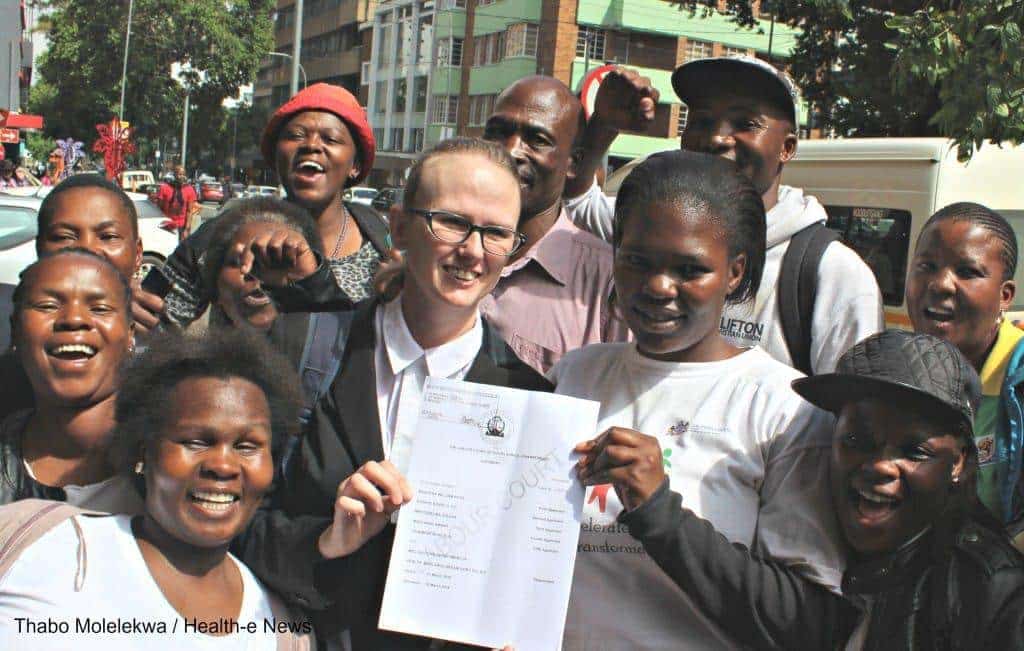 Represented by lawyers from Werksmans Attorneys, Gauteng community health workers took the provincial department to court after the department advertised their jobs in early January without notice allegedly in violation of labour law.

Subsequently, workers allege the department told them to re-apply for their jobs and that only some workers would be hired back, according to a letter sent by workers’ attorneys to Head of Gauteng Department of Health Dr Barney Selebano.

[quote float= right]“The court pronounced that these employees can be referred to as government employees, however their employment conditions does not change from that of being contract employees of the department for a stipulated period”

The ruling means that community health workers will keep their jobs for now.

According to Gauteng Department of Health Spokesperson Steve Mabona, the department will not appeal the judgment.

“The judgement is fair, according to our interpretation of it,” Mabona told Health-e News. “The court pronounced that these employees can be referred to as government employees, however their employment conditions does not change from that of being contract employees of the department for a stipulated period.”

“I am so happy and cannot express how I feel right now,” said Mokoena, who added that his family depends on his monthly stipend but that a lack of pay slips had made it hard to access services like credit. “This is the beginning of my future and my family’s.”

“It was so hard working without any payment or a pay slip,” he told Health-e News. “Now I will be able to plan for my children.”

An edited version of this article also appeared on Health24.com