South Africa’s recently announced tax on sugar-sweetened beverages could save South Africa billions if implemented over the next 20 years, according to recent University of Witwatersrand research. 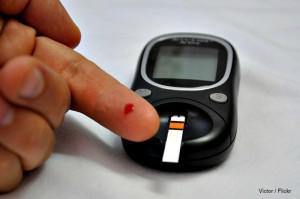 In February, Finance Minister Pravin Gordhan proposed introducing a tax on sugar-sweetened beverages, or what in some countries has been dubbed a “soda tax” although the tax could also apply to juice and sweetened teas.

Recent mathematical modelling by University of Witwatersrand researchers suggests that a 20 percent “soda tax” could save the country R10 billion over the next 20 years in costs related to treating rising cases of type 2 diabetes largely caused by poor diet and rising obesity rates.

Already the third underlying cause of natural death, diabetes is expected to cost South Africa as much as R2 billion per year by the year 2030 in costs such as hospitalisations and medication, according to a 2010 study.

In a 2012 Coca-Cola survey, South Africa was among the top ten consumers per capita of the beverage giant’s products. Mexico ranked highest consumer of Coca-Cola products.

To curb soda consumption, Mexico instituted a sugary beverages tax in 2014. Within a year, Mexico had seen a 12 percent reduction in the purchase of sugar-sweetened beverages.

Hamish Van Wyk is education facilitator at Johannesburg’s Centre for Diabetes and Endocrinology. According to Van Wyk, South Africa must begin to do more to prevent rather than simply treat diabetes.

“We can’t do more treating, we need to do prevention,” he said. – Health–e News.