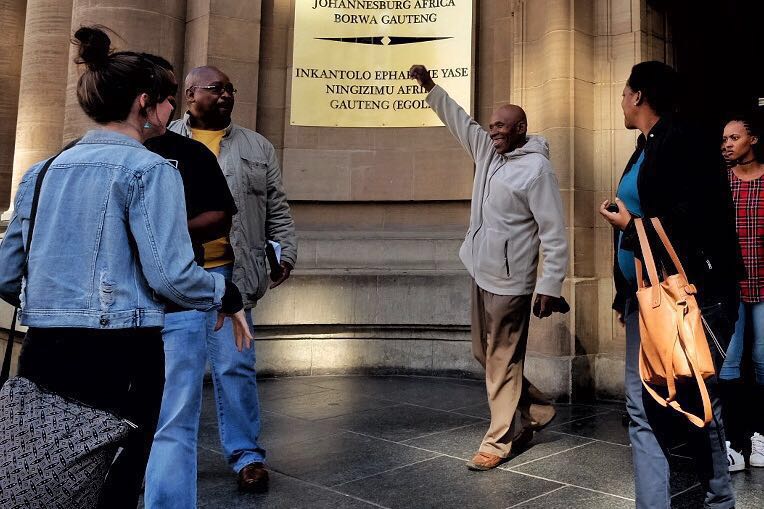 Miner Vukani Dwadube who worked for Harmony Gold for 16 years. Retrenched in 1995, he has pulmonary TB and has never received compensation.

Thousands of mineworkers who contracted silicosis and tuberculosis while working on South Africa’s gold mines are finally able to pursue a class action suit for damages. 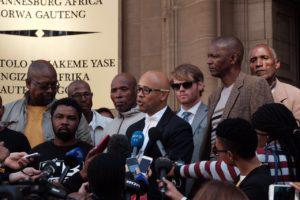 Attorney Charles Abrahams, one of the lawyers representing mineworkers seeking damages from gold mines for silicosis and TB.

Judge Phineas Mojapelo ruled in the South Gauteng High Court that class action was the “only realistic way” that the miners could effectively pursue damages claims against the 32 gold companies.

Judge Mojapelo also said that the dependents of miners should be included in the case.

Applicants in the case, Bongani Nkala and 55 others, have waited for four years simply to hear whether they will be allowed to pursue the case against 32 mining companies.

Spoor, whose company represents 30,000 affected mineworkers, says 1 200 of his clients have already died of silicosis.

Silicosis is an incurable, progressive lung disease caused by the inhalation of tiny silica (quartz) particles raised during mining. It causes inflammation of the lungs, chest pain, cough, fever and breathlessness. People with silicosis are three times more likely to get tuberculosis and are prone to heart attacks.

[quote float = right]The purpose of the litigation is to put an end to the impunity that the mining industry enjoys and to hold it accountable for the harm that it does.

One of the applicants, Siporono Phahlam, 62, states in his affidavit: “We weren’t given masks and were sent in after they [the mining companies] would blast and blast, not even waiting 15 minutes. The doctors say I won’t get better, and all I want is to have my voice heard. I don’t want future miners to suffer like I do.”

The vast majority of former mine workers with silicosis have never been compensated and receive no medical benefits.’

“Silicosis is a wholly preventable disease, yet, for more than 100 years, the South African gold mining industry has continued to cause thousands of new cases of silicosis per year with no consequence,” said Spoor.

“The purpose of the litigation is to put an end to the impunity that the mining industry enjoys and to hold it accountable for the harm that it does. The vast majority of former mine workers with silicosis have never been compensated and receive no medical benefits,” added Spoor.

Georgina Jephson, an attorney with Richard Spoor Inc, said the laws on dust levels underground have been clear for many years but the high prevalence rates of silicosis amongst former gold mineworkers suggests that the mining companies did not adhere to them and government didn’t enforce them.

“Silicotic mineworkers who have returned home from the mines have placed a huge burden of disease on public health systems, especially in the Eastern Cape, but also in neighbouring countries including Lesotho, which were formerly major recruitment centres for the mines ,” said Jephson.

Spoor says that the applicants simply want “the ‘polluter pays’ principle to be applied to an industry that “generates sick men as surely as it produces great wealth for its shareholders”.

While statutory compensation for miners with lung disease was established many years ago in terms of the Occupational Diseases in Mines and Works Act (ODMW), very few mineworkers who are entitled to compensation get it because there is so much red tape involved.

The case has combined three separate actions into one case that represents 27,000 mineworkers, but as silicolsis prevalence is estimated to affect between 22% to 36% of former gold mineworkers, the silicosis case alone could affect up to 100 000 workers.

The occupational lung disease group representing 18 of the gold companies involved said that “the companies are studying the court’s decision. Each company is yet to decide whether to lodge an appeal against the finding”.- Health-e News Service.