Home » A new cut may save an old tradition 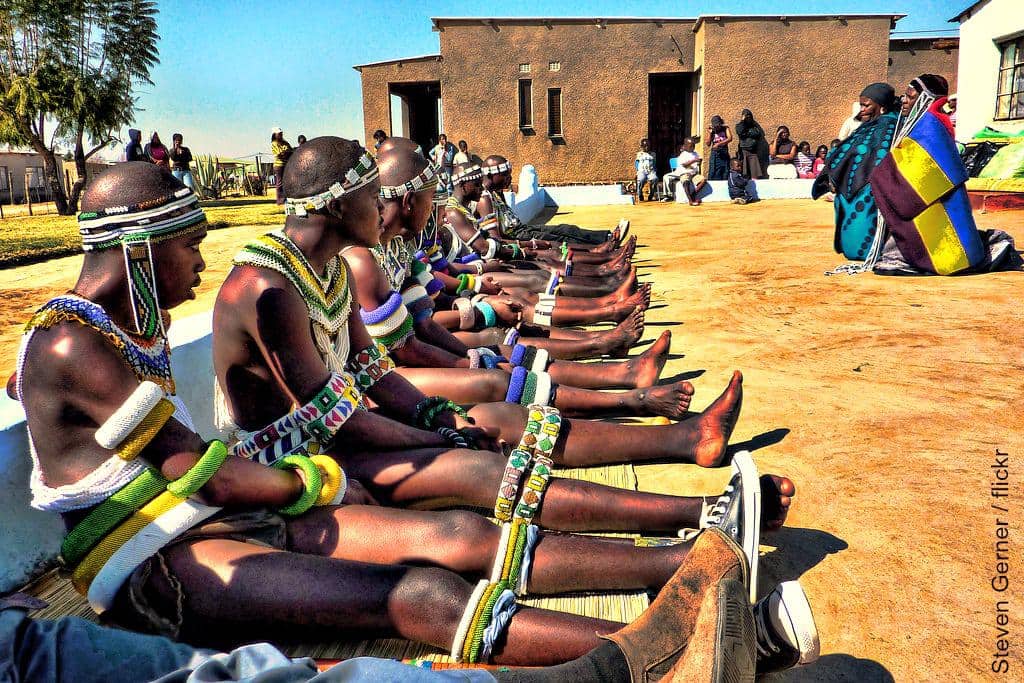 In Mpumalanga, boys are preparing to head to ‘the mountain’ and return as men. As concerns regarding the safety of some initiation schools mount, a new blend of tradition and medicine may help preserve a centuries-old rite. 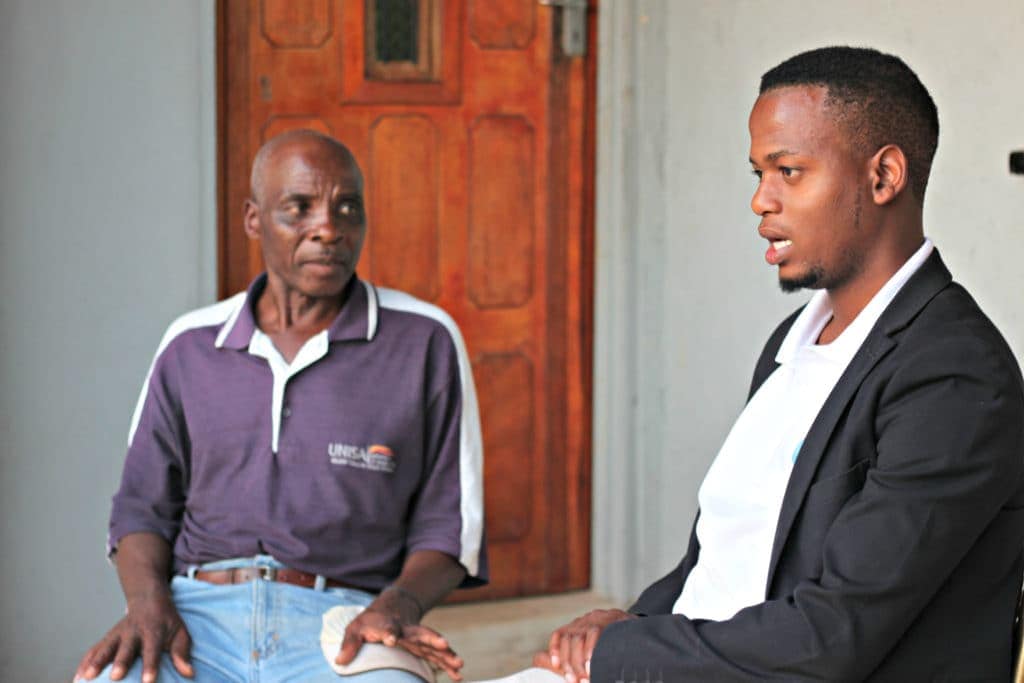 The last born of a Pedi chief, Itumeleng Tema grew up in rural Kwaggafontein, Mpumalanga about 100 kms north of Pretoria.

In the former KwaNdebele homeland, chiefs may still spend busy mornings attending to community business before meeting in offices adorned with past chief’s photos and clan names.

Hundreds of boys have been killed during traditional circumcision in the last decade. While the Eastern Cape leads the country in such deaths, Mpumalanga recorded almost 70 such deaths between 2008 and 2014, according to a 2014 report by the Commission for Promotion and Protection of the Rights of Cultural, Religious and Linguistic Communities.

Every four years, the province sees mass circumcisions that can number into the tens of thousands as Ndebele boys undergo initiation or “ingoma”. In 2009, Mpumalanga Department of Health officials estimate that more than 30,000 boys converged on the province for the ingoma and many began streaming into health facilities.

“As health professionals who are also graduates from initiation school, we got worried,” says Mpumalanga Department of Health’s Musa Thugwana.

“We know when we deal with initiation, it’s a very secretive and respected culture so initiates are not normally welcomed or allowed to go to health facilities,” Thugwana explains. “Everything that you do, it must remain in the mountains.”

If initiates could not come to them, local health workers would go to them. The Ingoma Forum was born.

Comprised of health workers who are former initiates, the forum offers pre-initiation health screenings including voluntary HIV counselling and testing. Doctors then clear boys for school, sending them to the mountain with certificates and instructions for officials regarding everything from conditions to chronic medication.

Setting up mobile clinics, or “rescue tents,” near initiation schools, Mpumalanga Department of Health medical teams are now on standby during initiations, like the mass ingoma expected next year.

Word of the forum soon reached Tema, who joined in 2012 after completing medical school at the University of Pretoria.

Since the forum’s creation, initiation deaths have dropped from about 30 percent in 2009 to less than one percent four years later, according to Tema, who is now dispatched into area initiation schools alongside other doctors to help keep young men safe.

As other provinces look to copy Mpumalanga’s success, teams of doctors are not only keeping boys safe but may be reducing their risk of HIV by providing medical male circumcision (MMC) in initiation schools alongside traditional surgeons. This coupling of tradition and medicine may help protect young men from HIV but may also be the key to saving a time-honoured tradition.

[quote float= right]As Pedi people, we protect our culture and we will die with our culture”

“It’s not many of us who have agreed to work with the doctors,” says Mokhonto, who says he has seen doctors’ worth. “We saw that traditional healers cannot see what is happening inside a human body,” he tells Health-e News.

The resistance to MMC in parts of Mpumalanga means you cannot even say the phrase “medical male circumcision,” joke some health workers.

This and the secrecy that accompanies initiation rites may be why Tema shies away from discussing the MMCs he and other doctors are performing alongside traditional surgeons. He and his peers may be part of first stages of a government roll out that seeks to move MMC into traditional settings.

Large-scale clinical trials in Kenya, Uganda and South Africa found MMC can reduce a man’s risk of contracting HIV through vaginal sex by about 60 percent. MMC reduces this risk by removing foreskin tissue that is particularly vulnerable to HIV. South Africa aims to medically circumcise 4.3 million men by 2016.

CEO of The Centre for HIV and AIDS Prevention Studies Dr. Dirk Taljaard headed up the major South African trial in Orange Farm. According to Taljaard, South Africa has reached about three million men with MMC.

Melding the new with the old

Tema cautions it is not just chiefs who view the roll out with suspicion, but also traditional surgeons who may have the most to lose.

“We are saying that instead of us taking it from them, let’s work with them,” adds Tema who works in the bush alongside surgeons and health workers to perform the procedures although he admits conditions are challenging – particularly infection control. He adds that initiates are prescribed creams and antibiotics to help ward off infections.

Tema’s hesitation to speak at length about his work may also stem from more than secrecy but also a recognition that for the boys under his care, circumcision is just one part of a much larger experience

Recent chemical engineering graduate and entrepreneur Andrew Ntuli is currently attending a Mpumalanga initiation school currently. Speaking before he entered a mandated period of seclusion and silence, Ntuli described how he believed that culture – including the rites such as initiation – ultimately define us as people. 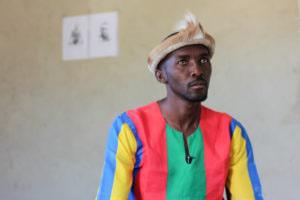 Ndebele Chief Mkhuzelwa Mahlangu is working with doctors to make initation safer: “According to our culture, it’s doctors like Itumeleng that are allowed to work with us because they have gone to initiation school – they know the conditions of the mountain and the culture.”

Doctors like Tema who return to their communities to guide the next generation of boys to men may also be key in saving that culture, says Pedi Chief David Mothoatlhaga.

“There is no parent who can say when we leave his child (dead) in the mountain, that he will not cry,” says Mothoatlhaga. “If you don’t (protect the children) we will destroy our culture and many children will never want to go to the mountain.”

In 2014, Mpumalanga gazetted a provincial Ingoma Act, regulating ingomas. The province has received visits from other provinces looking to copy its success in bringing down initiate deaths and is expecting one from the Eastern Cape Department of Health.

“As Pedi people, we protect our culture and we will die with our culture and that is why we say to every nation they must follow the protocol of the government,” says Mothoatlhaga, who urged leaders to unite with doctors from their communities.

In this way, a new generation of South African men like Tema may become the next wave of cultural vanguards, heralding new ways to keep men safe on the mountain and HIV-free.

“It’s a most beautiful culture and we take it very seriously,” Tema says. “We as young people have to learn from old people and make sure that when it’s our time to take over, we take over.”

“We take over with a new generation that will do things better than the old people,” he said. – Health-e News.

This story was produced as part of an Interntional Centre for Journalists HIV Prevention Fellowship. An edited version of this feature was also published in The Star newspaper.