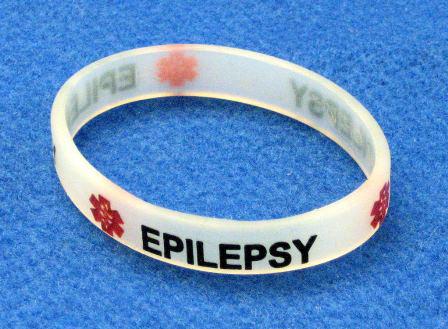 Mpumalanga’s Department of Education has embarked on a programme to fight discrimination against pupils with chronic illness such as epilepsy.

The department said no pupil should be mistreated because they have a chronic illness. Pupils need their teachers’ support and understanding, said the department’s spokesperson Jasper Zwane.

“Numerous workshops have taken place where specific attention is given to the reversal of negative attitudes and to dispel myths about epilepsy. Advocacy programmes are ongoing and awareness is also done on electronic media,” he said.

Zwane added that most learners with epilepsy were treated with medication and did not have any learning difficulty. “It should be emphasized that having epilepsy does not mean low intelligence,” he said.

Duduzile Ngwenya, whose son lives with epilepsy, said she was relieved that the department had launched this health education initiative. “I know when this unpredictable seizure attacks my son his teachers will be around to help,” said Ngwena, adding that she had learnt that it was dangerous to mix epilepsy medication and traditional medicine because it can cause more seizures.

According to Busisiwe Mhlanga, a professional nurse, it is important that people with epilepsy are diagnosed early and then adhere to their medication.

Many communities remain uneducated about epilepsy. Maria Mienies, a home-based caregiver in the Northern Cape, said that many have the wrong idea that the mother was cursed during birth or that she did something to cause the child to be epileptic. These stigmas play out in different ways. For one family in the area she works in, it has meant their child has not received the proper medical attention she needs.

The seven-year-old girl started having seizures a while back. It was only after the mother was told what was in fact happening to her child that she agreed to take her for treatment. Mienies urged mothers to take extra care of their children who suffered epilepsy attacks.

What often do children contract epilepsy?

People of all ages and nationalities have epilepsy. The condition can begin at any age although its onset is most often in childhood or in the later years of life.  The frequency of seizures in childhood may be partly due to the low seizure threshold of some children. A seizure threshold is the level at which the brain will have a seizure and the seizure threshold generally rises as the brain matures. This may partly explain why children with epilepsy often outgrow the condition.  In the elderly, there is an increased incidence due to strokes and aging of the brain.

How should family or friends treat a person with epilepsy?

Who is vulnerable to epilepsy?

Anyone can develop epilepsy at any stage of their lives.  In about 66% of cases the underlying cause of the epilepsy is unknown.  In the rest of the cases, the underlying cause can be as a result of head injury; birth injury (lack of oxygen during birth); alcohol and drug abuse; degeneration (getting older); and metabolic or biochemical disturbances or imbalance.

Can epilepsy be prevented?

As one of the known causes of epilepsy is head injuries, use of appropriate safety devices (ie bike helmets, safety belts) can reduce the risk of injury that can result in seizures.  Good parental care reduces the risk of complications to the foetus during pregnancy that can also result in injury to the brain.  Avoiding alcohol and drug abuse also helps in the prevention of epilepsy.

Can epilepsy be cured?

There is no known cure for epilepsy but in well over 80% of those living with epilepsy seizures are controlled with seizure medication. Adhering to medication is very important.