An East Rand family is reeling after their son, who has TB, was misdiagnosed with HIV and given incorrect TB medication, which left him sicker than before. 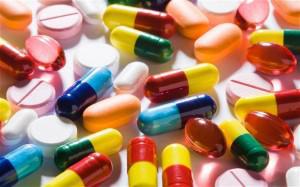 The Thelle Mogoerane Hospital in Vosloorus is at the centre of these allegations. The Gauteng Department of Health (GPDOH) has however denied the claims.

Mother Nokuthula Mdlalose*, who has been living with HIV for 16 years, said she did everything she was suppose to do in terms of preventing the virus from passing on to her son, Sifiso*, during the pregnancy. As a result he was born HIV negative.

She was then surprised when the hospital this year “in a matter of months, not once but twice” gave the child different HIV diagnosis.

“I have been getting different results, one moment he is positive and the next he is negative. I don’t understand what is happening,” said a distressed Mdlalose.

According to Mdlalose her son attended the hospital in January this year. She was told he was HIV positive and she was given the test results with no counseling beforehand, she claims. He was also diagnosed, correctly, with TB and put on treatment. He was not given ARV treatment at the time as the hospital first wanted to take his cd4 count. But before he got his CD4 results, he got so sick from the TB medicine and was retested for HIV, and the tests came back negative.

Mdlalose claims nothing went right when Sifiso started his TB treatment, which instead of making him better, saw him become more ill and only able to walk with difficulty.

“I took him to Jabulani Dumani Clinic (checked) but was told by the nurses to take him back to the doctors at Thelle Mogoerane Hospital. At the hospital the doctors admitted that one of the TB medications they gave my son was a mistake and they apologised.”

The mother further claims that while at the hospital, Sifiso was again tested for HIV. Again, she claims, there was no counseling when she went a week later to fetch the results, and worse still, she was allegedly given the results in the hospital corridor and “in front of everyone passing I was told that Sifiso is HIV negative”.

Mdlalose at a loss turned to the Treatment Action Campaign last month to help her to lay a complaint but it was unsuccessful as TAC’s Portia Serote said TAC was apparently not welcome at the hospital and so could not lay the complaint.

“When Minister Aaron Motsoaledi opened the Hospital he said this would be an example of what a NHI pilot hospital should look like,” said Serote “But now we are so angry with what is happening here. This country will never reach the 90-90-90 strategy if hospitals operate like this.”

Even though the doctors apparently apologised to the mother for giving her son wrong treatment and misdiagnosing him, Gauteng Department of Health (GPDOH) has denied that the diagnosis and the treatment were inappropriate

“According to records at Thelle Mogoerane hospital, diagnosis and treatment of the patient was appropriate,” said GPDOH spokesperson, Steve Mabona.

Mabona also said that the hospital upholds the patient-doctor confidentiality and “in this particular case the results were disclosed by the doctor in the cubicle on the mother’s request”.

He did however say that the family would be called to the hospital to discuss the medical records and treatment of the boy. – Health-e News

* The names have been changed to protect the identity of the child.