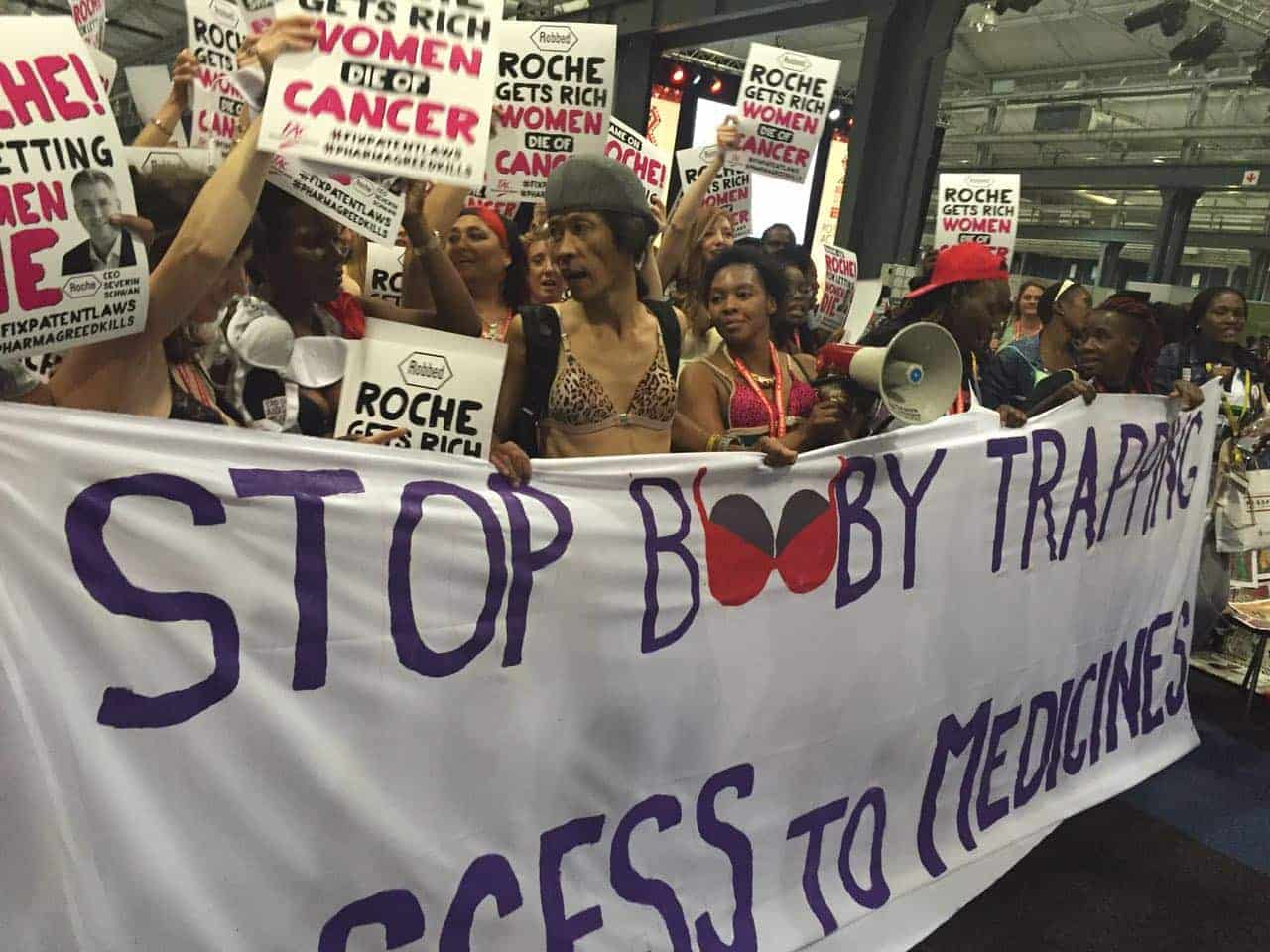 Women protesting against the high cost of breast cancer medicine draped bras all over pharmaceutical company Roche’s stand at the AIDS 2016 conference. 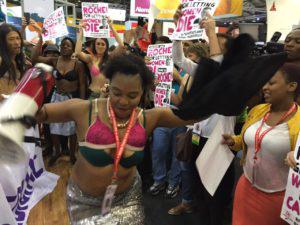 Holding a banner saying “Stop booby trapping access to medicines”, the women said corporate greed was behind the R485 000 (US$ 34,000) price tag for a year’s treatment of trastuzumab, a very effective treatment for HER2+ breast cancer.

“My medical aid declined to cover trastuzumab, claiming that it was too expensive,” said Tobeka Daki, a HER2+ breast cancer patient from the Eastern Cape, South Africa.

“There’s no way I could pay myself. Without access to trastuzumab, my cancer has spread and, last year, I was diagnosed with bone cancer of the spine. Trastuzamab is a last hope for patients like me.”

“Roche choose sto maintain their profits rather than save the lives of women,” said Lorena Di Giano from RedLAM in Argentina. “They are booby-trapping access to lifesaving medicines and it must stop. We call on Roche to drop the price of trastuzumab immediately and if they don’t governments must move fast to secure generic supply.”

Kalyani Menon-Sen of the Campaign for Affordable Trastuzumab in India said: “In India we have had doctors tell us they see no sense in telling their patients that there is a medicine that could treat their breast cancer and save them when they could not afford to get it.

“Greed is the sole motivator for the rapacious pricing policies of Roche and other big pharma players who control the production and distribution of the new generation of cancer drugs. Patents and other monopolies on life-saving drugs like trastuzumab are morally and ethically indefensible. Human rights are more important than trade rights.” – Health-e News.