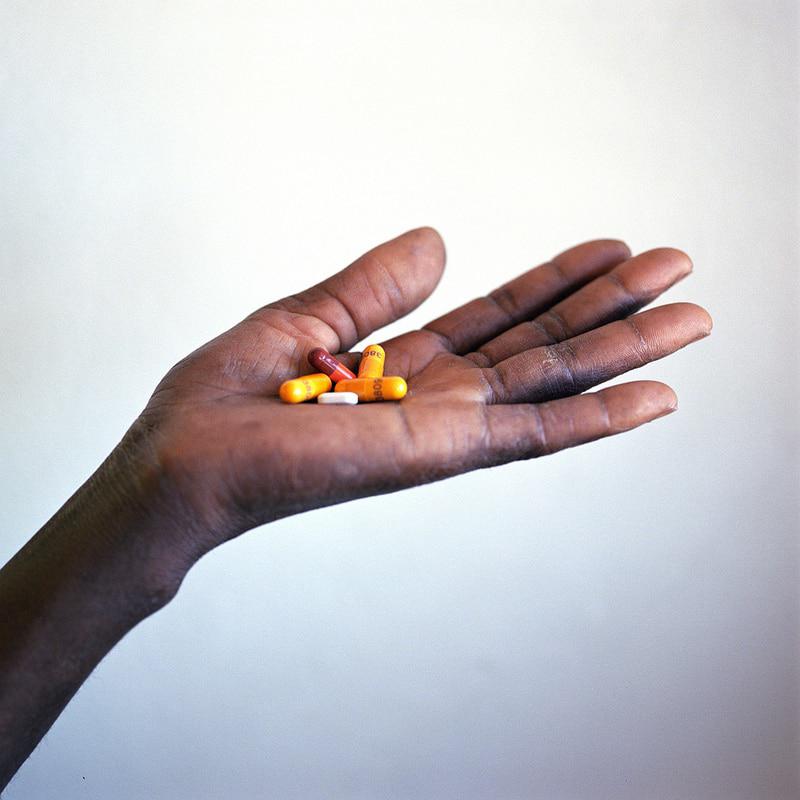 HIV medication saves lives but not when it’s taken too late – especially in sub-Saharan Africa.

A woman holds the ARV nevirapine.

People in poor countries are six to ten times more likely to die of AIDS when their immune systems are comprised than immune-compromised people in wealthy countries.

But according to a new study presented yesterday at the 21st International Aids Conference in Durban, a simple combination of prevention drugs given at the same time as antiretroviral therapy (ART) can reduce deaths in sick AIDS patients by a quarter.

During the REALITY study – conducted in Uganda, Malawi, Kenya and Zimbabwe – 906 patients who were diagnosed with HIV late were given five additional drugs to prevent other infections. A further 899 in the control group received just one prevention drug.

The five extra prophylactic drugs comprised of contrimoxazole and azithromycin (for bacterial infections), isoniazid (for tuberculosis), fluconazole (for fungal infections) and albendazole (for parasitic worms).

The patients were all already sick from HIV with CD4 counts (a measure of a person’s immunity) of below 100.

“The patients are often poor and malnourished in these settings with a high risk of TB,” explained Professor James Hakim, who heads the Department of Medicine at the University of Zimbabwe College of Health Sciences in Harare.

Hakim said that while the scale-up of antiretroviral therapy around the world is “exciting”, there was “an important difference in outcomes for patients on ART in resource-rich versus resource-limited countries”.

“There is very high mortality from infections in the first six months of ART in HIV infected people with advanced disease in sub-Saharan Africa,” said Hakim.

The prophylatic package reduced deaths by 25% by preventing a range of infections and marginally reduced the number of patients needing to be hospitalised.

Hakim urged policy makers to “consider this low-cost broad infection prevention package. For every 100 individuals treated, 3.3 lives could be saved.”

Antiretroviral therapy (ART) is a combination of three HIV medicines taken every day for life and can increase an HIV positive person’s life expectancy to almost normal levels, as long as it is received in time. – Health-e News.