Residents of Berea – a high density suburb in Joburg’s inner city – say their area has been neglected, they are not receiving services and their health is at risk because of filth. 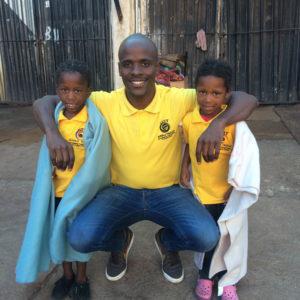 But the newly re-elected ward councillor Phineas Madisha, who has held the position since 2011, believes that the City of Johannesburg cannot be held solely accountable for cleaning up the area, and that residents themselves need to get involved in the process.

“Myself and some community members have been cleaning the area ourselves. Even when the Pikitup was on strike, we made sure that our place is kept clean,” Madisha told Health-e News.

He said the biggest challenge the area faced was extremely high density living.

“There is a lot of congestion within this area and the infrastructure cannot cope with the demands,” he said, explaining the difficulties of sanitation, refuse removal and law enforcement.

He said abandoned properties were another problem issue, as these often became a hotbed of crime and overcrowding of vulnerable people.

Madisha said he planned to introduce initiatives like the Jozi At Work programme – which encourages residents to clean up their areas – which was running successfully in other parts of the city and was building on the done by Pikitup.

The Jozi At Work programme has people clean their areas at night with Pikitup taking over during the day.

Madisha said work packages were being planned for Berea and Yeoville, which would draw on local people to be employed in the programme.

Social worker Thabo Ramatsokotla from Africa Tikkun, said people in Berea were struggling to access basic human rights – things like water, electricity, a clean environment and education for their children.

“This place is dirty, it is polluted and children play in that dirty water, which is harmful to their health,” said Catherine Magalies, who has lived in Berea for more than a decade.

This place is dirty, it is polluted and children play in that dirty water, which is harmful to their health

According to Magalies, there are no clean, safe places where children can play, as the whole of Berea is dirty.

“It is like we are being neglected here by the government. Only the Africa Tikkun social workers make sure our children are taken care of,” she said, adding that life in Berea had been extremely hard. She is dependant on food parcels given to her by local non-governmental organisations.

According to Bonginkosi Ndaba, a community leader, the toilets have no running water, children’s health is at risk and there is high crime in the area.

“We live with serious challenges like poverty, no service delivery and a lot more,” said Ndaba.

He said Berea was not an area people happily chose to live in, but that high unemployment meant they were left without choices.

“Our children are not safe from violence and their health is at risk,” he said.

According to Ramatsokotla, Africa Tikkun became involved in helping out in Berea after he noticed children playing in the streets during school hours. And so he began investigating why they were not at school, and why the area was so filthy and neglected.

“No service provider has come here to assess this place, or to offer their services,” he said.

Ramatsokotla told Health-e News that Africa Tikkun has managed to place eight Berea children in nearby schools so far this year.

One of the big issues community members claimed to be struggling with was accessing social grants for their children in order to place them in school. They were unable to do this because they don’t have birth certificates for the children.

Nomsa*, who is married to a foreign national, told Health-e News that she cannot get birth certificate for her child because the Department of Home Affairs doesn’t want to cancel her marriage without her paying a fee of R1500.

Nomsa says after she gave birth she was told by the Home Affairs officials at the hospital that, because she is married, the husband’s signature is need in order to register the child’s birth. She does not know where he is, so her only option is to cancel the marriage so that she can register her child’s birth without the father.

She added that cancelling the marriage was important to her because it will enable her child to have a birth certificate, receive a social grant and be admitted to school. But she says this is impossible because of the charges officials are demanding.

“The Home Affairs officials are trying to defraud us. We should not be forced to pay R1500 to cancel foreign marriages,” said Nomsa.

Bongi*, who lives in the same yard as Nomsa, has the same problem. She has also been told that she has to pay R1 500 to cancel her marriage to a foreigner in order to get a birth certificate for her child.

“Where will we get R1500 for Home Affairs while we are not working?” asked Bongi, who told Health-e News that she and Nomsa do whatever they have to, in order to feed their kids.

“When a man comes with R50 for sex, I have no choice. I have to take my children out of the house so that I do business with the man and get money,” Bongi said.

“Selling our bodies is how we survive. This is the only way to make money here,” she said.

Bongi and Nomsa told Health-e News that they feel that the Berea community has been neglected by government.

“We don’t mind cleaning the streets, as long as it is through a programme that can help us earn something,” Nomsa said.

“The City is aware of challenges in some parts of the inner city and is rolling out various interventions to address them. The city’s waste collection entity, Pikitup, has implemented processes to deal with litter challenges in the inner city,” said Robert Mulaudzi, spokesperson for the City of Joburg. 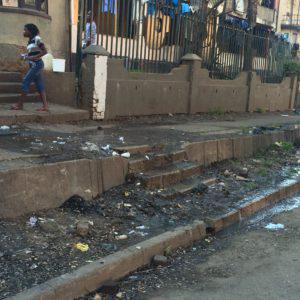 He said the region holds monthly service delivery meetings where all the municipal entities and the central departments are represented. In these meetings various challenges experienced in the inner city are discussed, and it is at this level where assessments are conducted and plans for the interventions required are approved.

He said people who have been asked by Home Affairs officials to pay R1 500 for a service must report their cases to the Department’s Counter Corruption Unit.

“The complainants need to seek legal advice from an attorney in order to institute divorce proceedings if their marriage is legal,” he said, explaining the correct procedure the women need to follow in order to sort out their documented marital status.

He said once the divorce was finalised, the women’s marital status would be updated at no cost. – Health-e News.

** An edited version of this story appeared in The Star.

Dyfunction. Maladministration. Incoherence – a damning ministerial task team report on the Health Professions Council of SA signals the end of an era where the top officials could do as they pleased. But will change come fast enough for foreign doctors who are twisting in the wind?

In the past few weeks Gauteng schools have been rocked by robberies with thieves targeting computers and food meant for the school nutrition programme.

New guidelines for treatment and prevention make the case for prioritising dieticians but there is little buy-in from government.