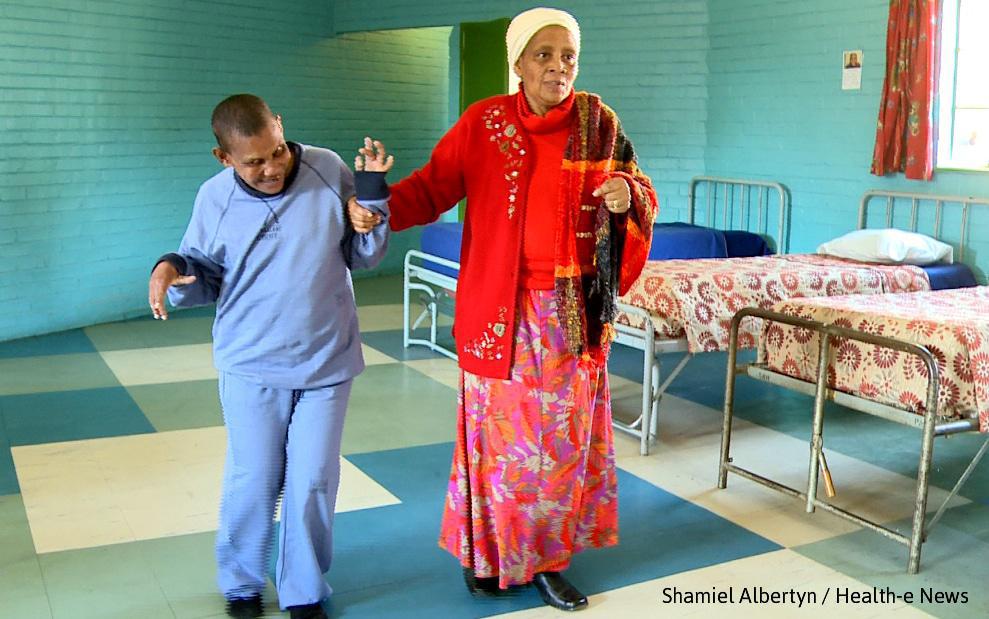 When the Gauteng Department of Health terminated its contract with private health service provider, Life Esidimeni, hundreds of mentally ill patients were placed in the care of people ill-equipped to look after them. 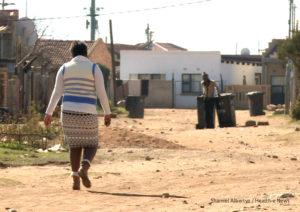 Sophia Molefe, who refuses to take her Schizophrenia medication, walking through the streets of Snake Park, Soweto.

A new Health-e News documentary, Dignity Denied, exposes the turmoil this has caused for patients and their families.

Bertha Molefe’s schizophrenic daughter, Sophia, lived at the Life Esidimeni care centre in Randfontein for just over a year. There, she received 24-hour psychological and medical support from trained professionals. Following the termination of the contract, Sophia moved back into her family home in Soweto.

Since the move, Bertha has been struggling to look after her Sophia who has stopped taking her treatment. Symptoms that the pills kept at bay are plaguing her – she’s delusional and sees everything as a threat, even her mother’s attempts to help her.

“She doesn’t want me to control her so how can I help her? I’m her mother I want to help her. Who will help her?” asked Bertha, desperate to get Sophia’s state of health back on track.

While Sophia has gone through a relapse and is visibly suffering, other patients have gone missing.

Abraham Ngqulunga has suffered under the Gauteng Department of Health’s policy of de-institutionalisation. His sister, Mercy, a former Life Esidimeni care centre patient was relocated to an NGO in Fochville. She escaped and Abraham fears she’s now roaming the streets of Johannesburg, suffering the full effects of un-medicated bipolar disorder.

Abraham is distraught, unsure of what to do next. “By now my heart is so sore, you know, because I don’t know where to start looking for her,” he explained. The trauma of the move has been detrimental.

While the Gauteng Department of Health says it’s moving patients out of asylum-like institutions and into NGOs in their communities, experts fear what was intended as a gradual policy has been unreasonably fast-tracked, at the expense of the health and wellbeing of patients.

Dignity Denied exposes the dire predicament of these patients and their families.

Watch the premiere of ‘Dignity Denied’ tonight on Checkpoint, eNCA at 9.30pm and eTV at 10.05pm.