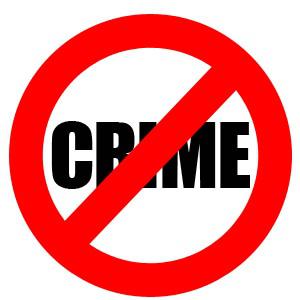 A lay counsellor working for the Department of Health at the Kanyamazane Clinic outside Nelspruit in Mpumalanga appeared in court this week on allegations of stealing medication from the clinic.

The man, who claims to be an HIV activist and is a former member of the Treatment Action Campaign (TAC), appeared in the Kanyamazane Magistrates Court on Tuesday, as angry community members protested outside.

The man was apprehended two weeks ago after two women linked to him were caught taking his bag, filled with anti retroviral medication, out of the clinic premises. He was arrested and released on bail.

According to a security guard who works at the clinic and did not want to be named, the two women would arrive at the clinic in the afternoons when the man was about to finish work. They would enter the clinic and come out again with his bag. 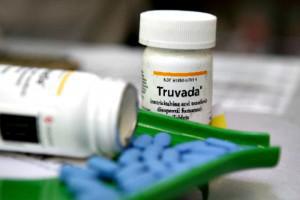 “That’s why my colleague started getting suspicious, because we are not allowed to search patients. So we asked the asked the clinic manager to do the search. Then we waited for the next afternoon and as usual, they arrived. So we stopped them and asked to search the bag. At first they refused, but when they saw that we were serious one gave me the bag. Inside we found five bottles of ARV’s. I asked to see their clinic cards, and the one just replied ‘We have forgotten our cards at home’. So we asked for their file numbers or ID numbers and again they couldn’t give us anything, so we told them we were calling the police.

“That is when they confessed and named the accused as the owner of the bag. So we called the police and he was arrested,” the guard said.

Members of the Treatment Action Campaign branch in Kanyamazane are furious about this incident, particularly because the suspect is a former member from Daantjie.

“It is absolutely unacceptable for a former TAC member to be involved in something like this. He knows how the TAC fought for people with HIV to get ARVs, and it is always on the Department of Health’s treatment shortage lists. That’s why we are asking other TAC members to come and picket with us at the court when he makes his appearance. We want to show that the TAC is completely against this this kind of crime and that we are in no way involved,” said Suzan Shabangu of the Kanyamazane TAC branch, ahead of this week’s court appearance.

It is absolutely unacceptable for a former TAC member to be involved in something like this. He knows how the TAC fought for people with HIV to get ARVs, and it is always on the Department of Health’s treatment shortage lists.

Thulani Ngobeni, a patient at the Kanyamazane Clinic, said “People like him must be held accountable for their actions. Sometimes I come to the clinic and I will be told that there no ARV’s. But now I find out that they are being stolen. I don’t think this man is the only one stealing. Even nurses, they take treatment for their sick family members, and at the end of the day that treatment is not recorded.”

The Mpumalanga Health Department is aware of the case and is now investigating the theft of ARV medication from the Kanyamazane Clinic. They are also taking steps to ensure that it does not happen again.

“Consultation rooms and medicine lockers must be locked in the absence of staff members and proper stock taking must be conducted. Tighter security at the clinic gate will be enforced and the pharmacist will specify the amount of medication issued per consultation room along with monitoring of stock usage versus patients served at the clinic,” said Dumisani Malamule of the Mpumalanga Health Department’s Communication Directorate.

He said preliminary investigations had shown that the lay counsellor had apparently been selling the ARVs from his home to patients who are on treatment, but who did not want to queue at the clinic.

He said the amount of medication lost to theft was massive.

“In this instance, the FDC (Tenofovir, Emtricitabine and Efivarenz) records show that about 18 000 units were being used monthly, which is about nine times more than the 3 341 patients they serve would require,” Malamule said.

The man appeared in court and remains out on bail. He will make his next appearance on October 13.