NEWS RELEASE: New Global Burden of Disease Study reveals that income, education, and birth rates – while critical – are not the only keys to healthy living in 195 countries. 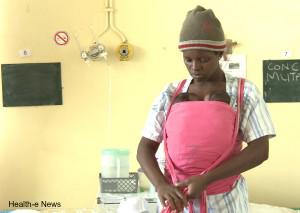 WASHINGTON – South Africans are living longer lives than they were 10 years ago, according to a new scientific analysis of more than 300 diseases and injuries in 195 countries.

These and other significant health findings are being published in a dedicated issue of The Lancet as part of the Global Burden of Diseases, Injuries, and Risk Factors Study (GBD). The study draws on the work of more than 1,800 collaborators in nearly 130 countries and territories.

“The evolving burden of disease in South Africa illustrates the importance of political commitment and evidence-informed policies. Life expectancy plummeted by about 9 years to below 52 years in 2005, during an era of AIDS denialism,” said Dr Charles Shey Wiysonge, a GBD collaborator from South Africa who serves as a Professor of Clinical Epidemiology at the Faculty of Medicine and Health Sciences, Stellenbosch University, in Cape Town.

“However, with greater political commitment and expanding access to antiretroviral therapy, this trend has reversed and life expectancy is close to where it was in 1990,” Dr. Wiysonge added. “Policymakers need to build on the current momentum and use GBD findings and other available evidence to increase access to quality health care for all South Africans.”

In South Africa, HIV/AIDS was the leading killer, resulting in 112,243 deaths in 2015. The second and third top causes of death were ischemic heart disease and tuberculosis related to HIV/AIDS, killing 45,119 and 42,943, respectively.

But the conditions that kill are not typically those that make people sick in South Africa. In 2015, while the top nonfatal cause of health loss was also HIV/AIDS, the second and third causes were diabetes and low back pain.

Globally, life expectancy increased from about 62 years to nearly 72 from 1980 to 2015, with several nations in sub-Saharan Africa – including South Africa – rebounding from high death rates due to HIV/AIDS. Child deaths are falling fast, as are illnesses related to infectious diseases. But each country has its own specific challenges and improvements, from fewer suicides in France, to lower death rates on Nigerian roadways, to a reduction in asthma-related deaths in Indonesia.

Findings for South Africa include:

The report was released at an event co-sponsored by IHME, The Lancet, and the World Bank in Washington, DC. The study was established in 1990 with support from the World Bank. This year, researchers analyzed each country using a Socio-demographic Index, examining rates of education, fertility, and income. This new categorization goes beyond the historical “developed” versus “developing” or economic divisions based on income alone.

The six papers provide in-depth analyses of causes of death, maternal mortality, deaths of children under age 5, overall disease burden and life expectancy, years lived with disability, and the risk factors that lead to health loss.

“Development drives, but does not determine health,” said Dr. Christopher Murray, Director of the Institute for Health Metrics and Evaluation (IHME) at the University of Washington in Seattle, the coordinating center for the GBD enterprise. “We see countries that have improved far faster than can be explained by income, education, or fertility. And we also continue to see countries – including the United States – that are far less healthy than they should be given their resources.”