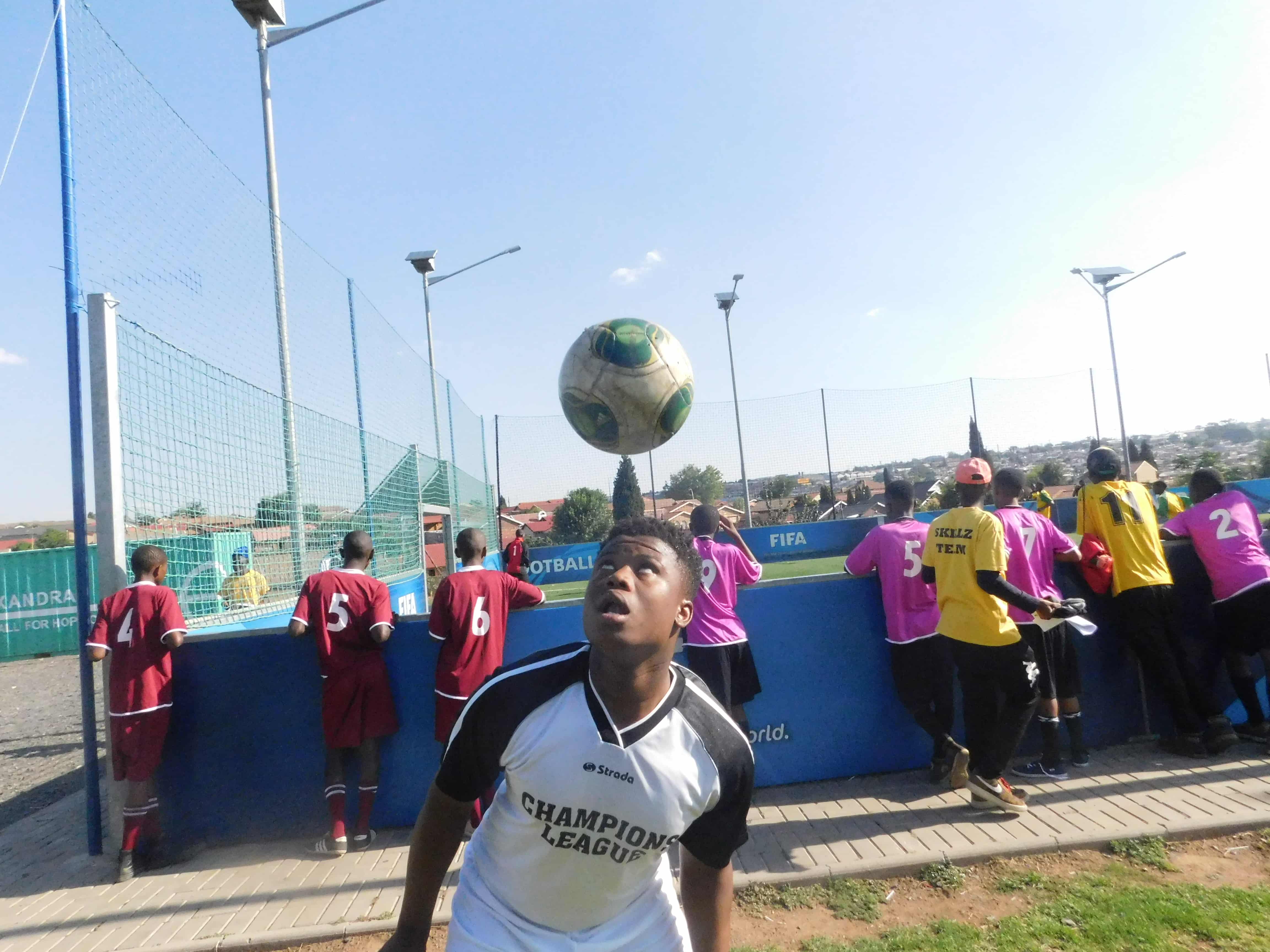 Grassroots Soccer – or GRS in short – is a non-profit organisation supported by a global soccer body FIFA (Federation International of Football Association), and aims to improve the lives of youngsters. 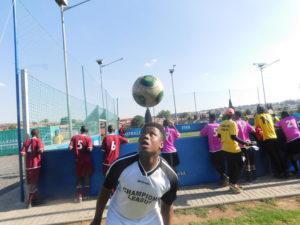 Tumelo Seditsi, one of the participants at Grassroots Soccer, has been empowered in both playing soccer and life skills.

The organisation has branches in countries around the world, and uses the power of football to reach young people and educate them on the various health and lifestyle choices they face and the impact good and bad choices can have, writes Ramatamo Sehoai.

Grassroots Soccer established a branch in Alexandra five years ago, and during that time has had a hugely positive impact on the lives of many young people. One of the their participants, Tumelo Seditsi, said the organisation has done much to bridge communication gaps between Alexandra school pupils, their parents and teachers.

“Talking about sex is something that is difficult within many families. But today I can sit down with my parents and comfortably talk about sex. Grassroots Soccer has made the job of teachers a lot easier because here we don’t just play soccer. We learn a lot of thing affecting our lives. It has become an alternative learning platform,” said Tumelo, a 19-year-old, Grade 12 learner at Marlboro Combined High School near Alexandra.

Circumcision is like five goalkeepers between goal posts. No one can easily score against you. This means reducing the risk of HIV. And when you are circumcised and using a condom is like trying to score a goal against five goalkeepers defending very narrow goalposts: definitely, no chances of scoring a goal or contracting HIV.

Tumelo said he was also taught about HIV and AIDS, issues of abstinence, having just one partner and using condoms during every sexual encounter. He said apart from learning how to protect himself from contracting HIV, he also learned about other consequences of unprotected sex, like sexually transmitted infections and unplanned pregnancy.

Nhlanhla Dube, the organisation’s site coordinator, explains how they use soccer terminology to convey messages of sexual and reproductive health to learners.

“For instance, when we talk about the circumcision, we make an example of a penalty in soccer. Circumcision is like five goalkeepers between goal posts. No one can easily score against you. This means reducing the risk of HIV. And when you are circumcised and using a condom is like trying to score a goal against five goalkeepers defending very narrow goalposts: definitely, no chances of scoring a goal or contracting HIV,” he said.

Dube said they have partnership with all schools in Alexandra and every day after school, they offer activities at their centre located at Altrec Sports Complex in Alexandra.

“After five years of working here we have seen a lot of behavioural change among the youth of Alexandra,” Dube said.

Another young person, who said the organisation has changed her life, is 24-year-old Busisiwe Mafatle. She said she joined Grassroots Soccer three years ago and she is now a proud member of staff, working as the centre’s skills coach.

“Before I joined the organisation, people used to tease me of my big body and this badly affected my self-confidence. Today I’m much improved and I can talk about my experience in front of a lot of people. And when young people hear my story, they get inspired and believe that they can change their lives as well,” Busisiwe said. – OurHealth.