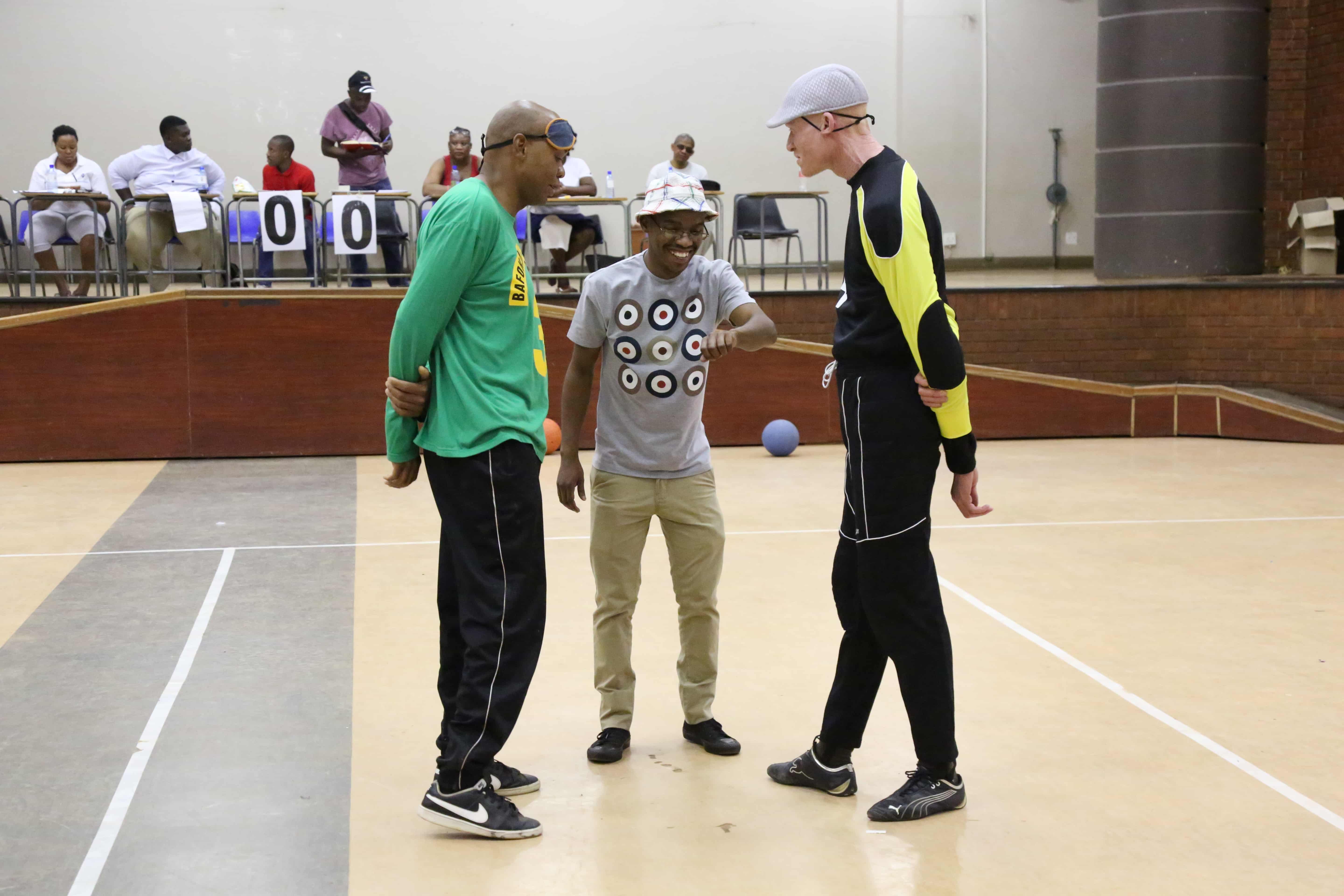 Goalball – a sport designed specifically for blind athletes but attracts sighted players too – has proved to be unexpectedly popular in rural Vhembe, Limpopo, drawing a large crowd to the area’s first ever Goalball Tournament. 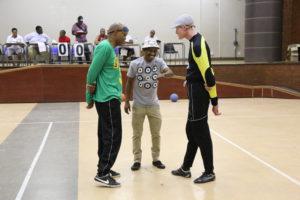 More than 50 disabled people recently took part in the event, which was hosted in the University of Venda’s Auditorium.

The main aim of the tournament, which was organised by a group of disabled players, was to promote the sport and make people aware that there is a challenging sport that can be enjoyed not just by blind players, but by others too. More than 12 teams from all around Limpopo participated in the tournament, making it such a success that it is now planned to become an annual event.

Goalball is a team sport designed specifically for blind athletes, and was originally devised in 1946. The teams participate in groups of three players, all of them blindfolded so that they have to use their ears in order to work out where the ball is. Teams play against each other on a court, trying to score goals against their opponents.

“For me what makes this sport more interesting is that players have to listen for the jangling bells inside the ball to judge its position and movement. They need to play full attention to hear the ball,” said the National Secretary of South African Goalball Federation, Mpho Motlhainme.

For me what makes this sport more interesting is that players have to listen for the jangling bells inside the ball to judge its position and movement. They need to play full attention to hear the ball.

All the games are made of two 12-minute sessions of play, separated by a half-time break. Players who are not visually impaired are allowed to participate, but are required to wear eyepatches under their eyeshades to ensure complete coverage of their eyes and prevent them from seeing anything should the eyeshades become dislodged.

“It is sad that our government and people do not take this sport seriously. We could have had a team participating in the recent Paralympic games which took place in Brazil. I think it’s about time they start to appreciate and promote this sport, as not all of us were born to play soccer or rugby,” Motlhainme said.

The ball used in Goalball games weighs 1.25 kilograms, has eight holes in it with several noisy bells inside it. The ball’s diameter is around 24 centimetres. Unlike other sports such as soccer and rugby, a game of Goalball has more officials than players on the court. While there are six players in every three-aside game, there are also two referees, four goal judges and a game timer to oversee and judge the match.

“I believe that if we host more tournaments like this one, people will start to know and appreciate this sport more,” Motlhainme added.