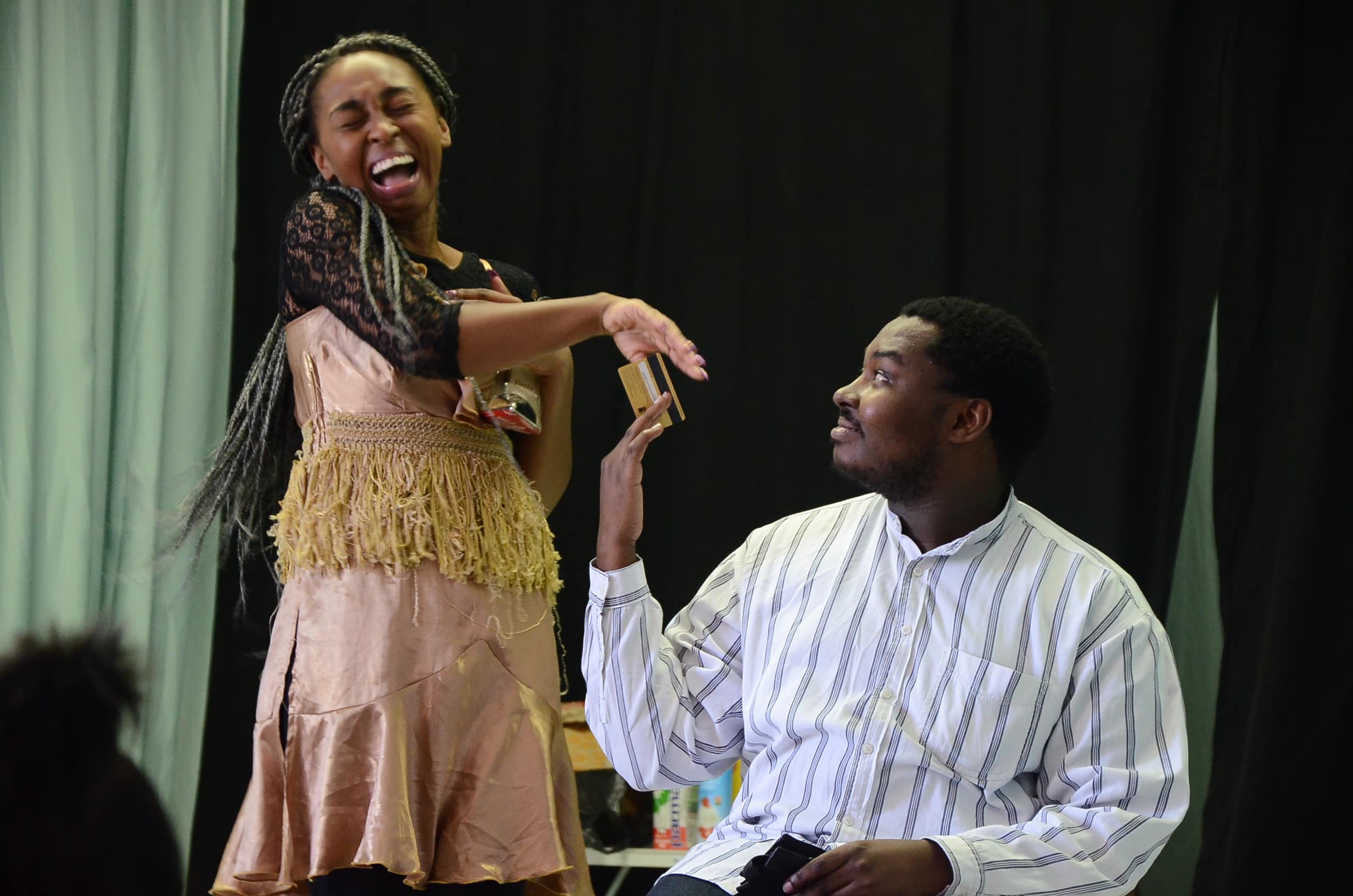 A production by the National Children’s Theatre brings to light the shocking normalisation and risks of the pervasive blesser-blessee phenomenon in South Africa writes Kim Harrisberg.

Blessers: A short cut to a short life 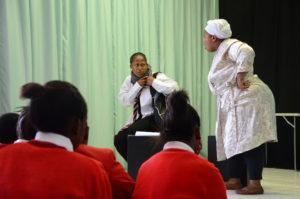 Nombuso makes excuses about her sex life after being interrogated by her mother. (Credit: Kim Harrisberg / Health-e)

“I couldn’t go to school because I had to look after my siblings, and my mother is a domestic worker so she doesn’t get paid much. That’s when I decided that a life of poverty is not a life for me…and that’s when I met Tsepo.”

These are the lines of actress Fisiwe Kubeka in the show ‘A shortcut to a short life’ which put on its final production at the National Children’s Theatre this week. It could, however, be the words of many young girls across South Africa who, when facing poverty, turn towards the financial gains that come with having a “blesser” or a “sugar daddy”. The prevalence of this phenomenon inspired director Siphumeze Khundayi to draw attention to the harms of the blesser-blessee phenomenon through performance. The story follows the young and financially-strained Nombuso (played by Kgaogelo Monama) who gets lured into being a blessee by her risqué friend, Banothile (played by Fisiwe Kubeka). The audience watches as she spins herself deeper and deeper into a web of lies to hide the truth from her mother, before chaos strikes and the consequences of her actions come crashing down.

‘A short cut to a short life’ has been performed in 30 schools across Gauteng. The urgency of bringing attention to this issue is linked to South Africa’s HIV rates, which researchers advocate is tied to the culture of transactional sex.

The precarious economic situation for many females in sub-Saharan Africa means the lure of financial security via sex leaves them in a vulnerable position. But how can South Africa even begin to tackle an issue so multi-faceted?

The crew also expressed their shock when, during many of their performances, the children laughed during the sexually violent scenes, and cheered for the well-dressed, visibly wealthy blessers.

“The biggest thing I took from this production as a man in this country is that we have a lot of work to do to fix ourselves,” says Gamelihle Bovana, who plays Papa T, the main blesser of the show. “And after fixing ourselves, we need to try and fix society to make it inclusive, in the ways that we can.”

Siphosetu Sihlangu, who plays Big D – the other blesser, believes changing this phenomenon is going to have to be a team effort: “It is the family, the school, the church, all the institutions that frame the thought process of a human being. Men are a product of women and men coming together. Black men in South Africa are predominantly raised by single women. So saying the father has the main responsibility will lead us nowhere. It is everyone taking part in the situation.”

The crew also expressed their shock when, during many of their performances, the children laughed during the sexually violent scenes, and cheered for the well-dressed, visibly wealthy blessers. It drove home that a show like this is incredibly important in schools across South Africa, especially as most of the shows were followed by discussions dissecting what had been seen and what lessons could be learnt.

“I think it is also about changing the ways we see male and female interactions,” concludes

Siphumeze. “For example, expecting men to pay for dates and expecting women to beautify themselves for men, because that’s how it starts. The blesser and blessee interaction is a more exaggerated version of what we celebrate in society. It starts with questioning those dynamics as well.”