LIMPOPO – The toilets at the Vhembe district Home Affairs offices in Limpopo have not been cleaned for so long that the local community now believes they are an actual health hazard.

Vhembe residents have complained about the state of the toilets at the Home Affairs offices for months, but their concerns have been ignored.

The offices are in Makwarela township, situated at the government buildings outside of Sibasa. Yet despite it being a government facility, the toilets are broken, dirty and neglected.

Foul-smelling water has leaked on the ground outside the female toilets, meaning that those who want to use them first have to wade through the putrid puddle to enter the facility where only one toilet is actually working. The others have not been flushed for months, causing a stench.

The male ablution block remains locked as none of the toilets inside are working.

Joyce Sidimela, a concerned resident who visited the offices a few days ago, said: “I fail to understand how on earth toilets of a big institution like Home Affairs, which helps hundreds of people, can be left uncleaned for months. Those toilets are like an abandoned building. I doubt if they have been cleaned since the beginning of the year.”

A normal person cannot spend the whole day without visiting the toilet. So you have to walk through leaking water in order to enter the toilets and you have to enter backwards because what you might see inside can ruin your appetite for the whole month.

‘Depend on the offices’

Thousands of Vhembe residents depend on the offices for services relating to identity documents, passports and birth and death certificates. Some of them travel from areas which are far away.

“The smell from those toilets makes you want to bath the moment you finish using them. Having to see another human being’s unflushed waste is awful, but we have no choice when nature calls. You just have to go. These people do not care about our well-being and health,” said another resident who was at the offices, Dorah Ramagwa.

“They (Home Affairs staff) have their own fancy toilets inside their offices, so they do not care about the condition of the (public) toilets which are being used by us ordinary people who do not have money. How on earth can they let normal human beings use toilets that are so broken and dirty that they actually pose a health hazard to people?” she asked. Ramagwa, who lives in Tshififi village, spent the whole day at the Home Affairs office, only to be told she could not be helped because the system was down.

The District Manager of Home Affairs offices in Vhembe, Zamba Maluleke, said officials were aware of the poor toilet conditions but said the major cause of the problem was a water shortage in the Makwarela area.

“We have been trying to address this issue for months with Public Works, as they are the department responsible for water supply to the offices. But I have been told that the situation of water shortage will be addressed soon,” said Maluleke.

Vhembe District Municipality spokesman Matodzi Ralushai has since promised to intervene and address the situation.

Several malaria cases are being reported in northern Limpopo daily, according to Limpopo Department of Health Spokesperson Mack Lesufi.

Angela Quintal was diagnosed with multiple sclerosis a decade ago. Today she finds herself living in the epicentre of coronavirus, New York City. This is her story of shutting herself away in the city that never sleeps to stay alive.

The nutrition challenges facing South Africa are complex and underpinned by historical and current inequalities, while undernutrition coexists with the rising incidence of obesity and non-communicable diseases, say experts. 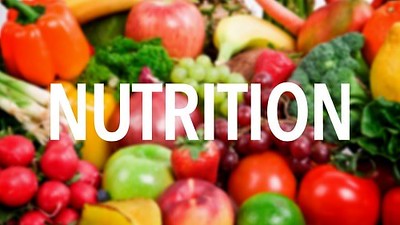