Home » News Articles » Malaria count up to 2000 since April

LIMPOPO – While the number of patients reporting to clinics and hospitals with malaria in Mopani is dropping, the provincial health department remains concerned as the battle to end the current outbreak continues.

Malaria count up to 2000 since April 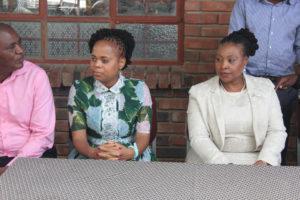 Education and awareness campaigns are ongoing as winter sets in and temperatures drop, causing mosquitoes to die out.

The area has been hard-hit by a malaria outbreak that saw 1200 cases of malaria in April alone, with the May figure now approaching 800 cases.

Chaka Chaka, who saw one of her band members die of malaria in 2004, accompanied Limpopo Health MEC Dr Phophi Ramathuba on visits to the Dzumeri Traditional Authority and Hinkesile Secondary School in Xihlakati. The aim was to educate the communities about the disease in an effort to curb infections.

“Let’s clean our areas, let’s make sure there is no stagnant water that’s bread for mosquitoes. Let’s do it ourselves. We can’t wait for government to do it for us,” Chaka Chaka told her audiences.

As we move deeper into winter, we will have cases going down which is already evident if you compare the number of cases we got in the last week of April with the first and second weeks of May.

Dzumeri is one of the villages that has been severely impacted by the current malaria outbreak. MEC Ramathuba said while she was encouraged by the fact that fewer cases were flowing in and the dropping temperatures, authorities could not afford to be over confident and would remain on guard.

“We believe that with the temperature going down the mosquitoes wouldn’t be able to survive. As we move deeper into winter, we will have cases going down which is already evident if you compare the number of cases we got in the last week of April with the first and second weeks of May. The numbers are definitely decreasing,” Ramathuba said.

Despite the large number of infections, the death count has been low, with approximately 1% of the reported cases resulting in death from malaria or malaria in combination with other health conditions.

“From us as the department, one malaria death is too much. It means that we already failed at the  prevention stage. We did not do enough spraying and people failed to protect themselves by wearing long clothes, burning coils and so forth,” said Ramathuba.