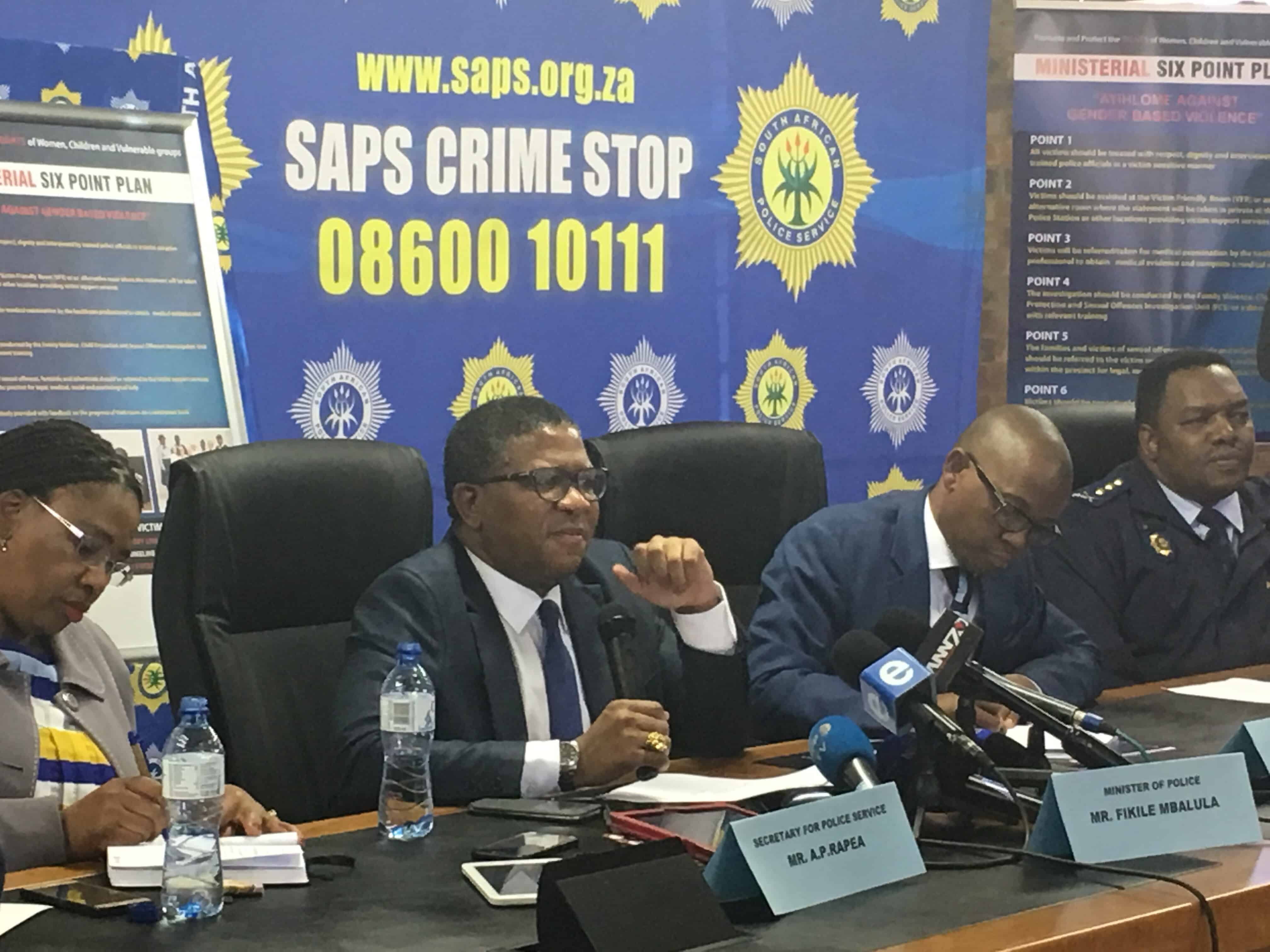 Days after a deputy minister bashed a woman in a club, Police Minister Fikile Mbalula issued a six-point plan to fight sexual and domestic violence.

“Women and girls are not male property full stop,” said Mbalula, adding that he would try sincerely to stand with every victim of sexual offences and domestic violence that was dissatisfied with the manner in which SAPS dealt with their case.

The six-point plan, unveiled at Eldorado Park Police Station on Friday, is as follows:

Meanwhile, Mbalula’s Cabinet colleague Mduduzi Manana, the Deputy Minister of Higher Education, was released on R5000 bail after assaulting a woman in a Johannesburg club.

Mbalula said his aim was to give police clear instructions on how to behave, what to do and how to address sexual offences and domestic violence in order to enhance the quality services to the communities.

“We are duty-bound to ensure that all South Africans feel safe at home, school, work or in their communities,” said Mbalula

He said that they (SAPS) must reduce the gap between reported and unreported incidents of sexual offence and domestic violence “Let us reduce barriers to report these crimes.” he said

“We are putting our people first, we are confirming their dignity and human rights.” he added.

Major General Tebello Mosikili, head of the Family  Violence, Child Protection and Sexual Offences Investigation Unit, said the police wanted to ensure that victims receive services that will not expose them to the secondary victimisation: “We have victim-friendly facilities at the police stations, and we are currently standing at 1,047 of such centres,” said Mosikili.