The dead have one final shot at justice. It lies with the medical officers who sign their death certificate. They are supposed to refer questionable deaths for post-mortems, but even this was bungled for the Esidimeni patients. SARAH WILD reports

Frederick Colitz was admitted to Life Esidimeni in 2013 because of depression. He was one of the 1,300 patients transferred to NGOs and hospitals last year. When he died, after six months in the NGO Mosego Home, he had lesions on his forehead, nose, arms, and on the back of his feet, according to his wife’s affidavit, but there is no indication of what he actually died of. The medical officer simply listed “natural causes”.

Between April and June last year, more than 100 of those patients transferred to hospitals and non-governmental organisations (NGOs), many of which were unlicensed, died. But a Health-e investigation into some of these deaths has found that the safety nets, meant to identify death trends and stop preventable deaths, failed these patients.

A review of family affidavits and death certificates of 34 of the mentally ill patients shows that 85% of their deaths were certified as natural, some of them in contravention of South African law. These certificates were signed by different medical officers, showing a trend across the health profession in which medical officers ignored or did not see the signs of neglect and abuse that pointed to the poor treatment of these patients.

Almost half the death certificates seen by Health-e were incorrectly completed, some with the cause of death left blank or simply “natural causes” written in.

The forensic system is meant to pick up trends in deaths, but the deaths of many former Life Esidimeni patients did not make it to the forensic pathologists who would have been able to determine the real cause of their deaths and draw attention to the fact that such large numbers of mentally ill patients were dying.

Moreover, in at least two instances where families tried to open a case with the police, they were turned away and told to contact the Gauteng Department of Health.

Health Ombud Professor Malegapuru Makgoba, who investigated the tragedy, wrote in his report: “The NGOs where the majority of patients died had neither the basic competence and experience, the leadership/managerial capacity not ‘fit for purpose’ and were often poorly resource. The existent unsuitable conditions and competence in some of these NGOs precipitated and are closely linked to the observed ‘higher or excess’ deaths of mentally ill patients.”

But the link between the NGO’s conditions and the high number of deaths is not reflected in the death certificates, where the causes of death were often not filled in, listed as “natural causes” without an explanation, linked to mental health conditions that the patient did not have a history of, or ailments that should have raised suspicion, such as “hypothermia and severe dehydration”.
Sizwe Hlatswayo, who was 28 when he died, suffered from seizures. When he died on 10 October last year — after being been transferred to first Cullinan Care and Rehabilitation Centre and then Anchor NGO — his cause of death was listed as “natural”.

According to his first death certificate, he died of pneumonia. However, Hlatswayo’s family members said in a sworn affidavit that his body was later removed by Gauteng health officials, and a second death certificate issued, stating that his death was under investigation.

Health-e has seen copies of both the initial DHA-1663 (the Notice of Death form which is filled out when someone dies), which listed Hlatswayo’s death as natural, and the final death certificate, which said the death was under investigation.

South Africa’s law is very specific on the matter of death certificates. According to the Births and Deaths Registration Act, a medical officer should not issue a death certificate if they are of the opinion that the death was due to something other than natural causes; if they were not present for a person’s death, they are only allowed to sign the certificate if they examine the corpse to ensure that the death was natural.

‘No point in post-mortem’

But three different doctors approached by Health-e, who spoke on the condition of anonymity, said that if they could tell why a person died – whether pneumonia or sepsis – there was no point in sending it for a postmortem, which is meant to determine the cause of death. Even if the sepsis is associated with poor care, the doctors regarded it as a “natural cause” rather than obvious violence, the death would be classified as natural.

Unnatural death is common in South Africa. Gauteng province alone sees between 15,000 and 16,500 unnatural deaths a year. But the definition of unnatural death extends beyond murder, overdoses, vehicle accidents, and suicide. It includes any death, which the medical officer believes was due to an “omission or commission which may be criminal in nature; or where the death is sudden and unexpected, or unexplained, or where the cause of death is not apparent”.

But Health-e has seen the death certificate of a mentally ill patient who was found dead in their bed. Their certificate says “natural causes”, without any description of what caused their death. This is in contravention of South African law, as well as the guidelines for filling out death certificates.

The guidelines published by Statistics SA are clear on how to complete the Notice of Death form, and notes that making false statement on a DHA-1663 is a criminal offense.

Asked if the Health Ombud would investigate this matter, Ricardo Mahlakanya, communications director at the Office of Health Standards Compliance, said that the Health Ombud was not able to comment on death certificates. “The matter is currently held by the National Prosecuting Authority, the South African Police Service, state pathology, and other law enforcement agencies. Once they’re done with the investigation, a report will be issued,” he said.

Despite numerous email exchanges, the body tasked with overseeing doctors’ conduct, the Health Professions Council of South Africa, did not respond to repeated attempts to obtain comment. – Health-e News.

Imagine if you could save litres of water with the touch of a button. Limpopo learners have and recently presented the innovative idea to the world at the Stockholm Junior Water Prize.

For many, walking into a clinic or pharmacy and asking for the emergency contraceptive pill is a daunting task — and judgemental pharmacists or nurses don’t make it easier.

The Gauteng Provincial Command Council outlines measures to combat the spread of Covid-19 and mitigate its impact on the province’s most marginalised communities. OurHealth journalist Marcia Zali reports. 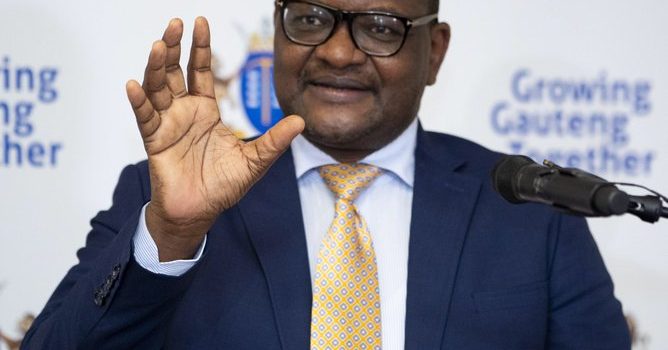