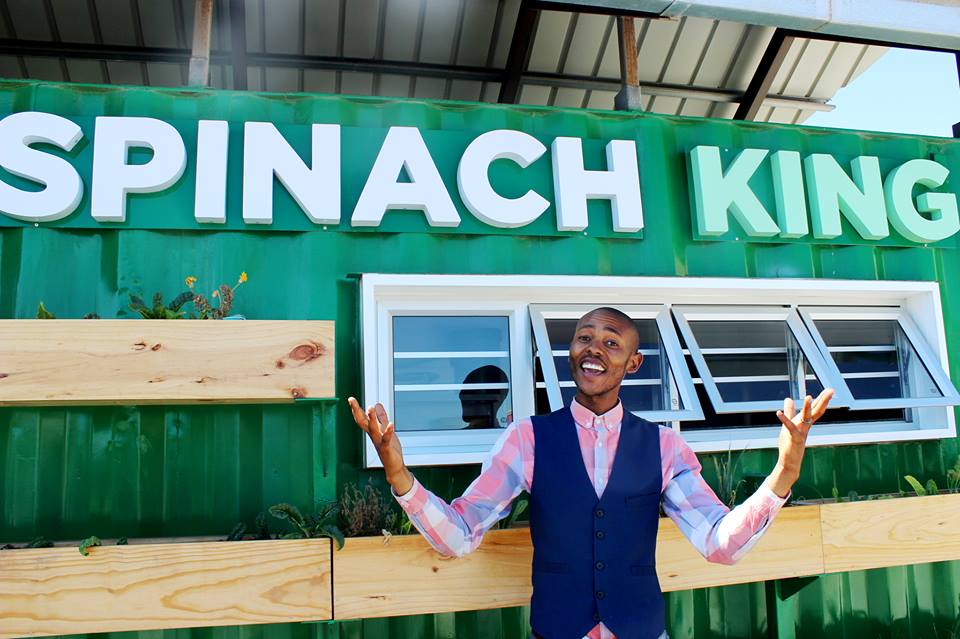 In poor communities healthy food is less accessible, affordable and tasty. But, with a vegetable and a business plan, one man has started a healthy-eating revolution in a Western Cape township based on spinach.

How one man’s spinach business led to a revolution 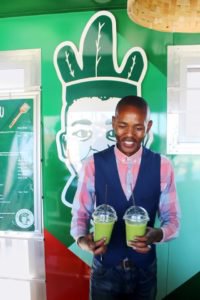 For 29-year-old Lufefe Nomjana of Khayelitsha spinach is more than just a green leafy vegetable: it is a means to change the health status of his entire community.

“University of Cape Town research has found that one in 10 learners in Khayelitsha is obese and this is due to fast foods, very high meat consumption and food high in fat and sugar,” he told Health-e News.

He said that he can see the impact of these foods in his community, where he is colloquially called the Spinach King, with more and more people suffering from chronic illnesses related to obesity.

Today is World Obesity Day and South Africans should take note: according to the latest South African Demographic and Health Survey, almost 70% of local women are either overweight or obese. The country has the highest rates for women in Africa.

The biggest driver of obesity is the consumption of unhealthy foods and the biggest consequences are chronic and often debilitating diseases like diabetes, high blood pressure and certain cancers.

And while it’s a crisis long-thought to be associated with wealthy populations more and more research is finding that the poor are the hardest hit, especially in South Africa.

And while it’s a crisis long-thought to be associated with wealthy populations more and more research is finding that the poor are the hardest hit, especially in South Africa.

A 2014 study in the Urban Forum journal, which surveyed geographical access to supermarkets and what products they offer in different areas in the Western Cape, found that supermarkets in low income areas tend to have a wider variety of highly processed foods and drinks “often in larger packaging sizes combined with special promotional campaigns” than ones in affluent areas. They also “carry less fresh produce”.

Nomjana’s solution is no surprise to anyone who knows him: eat more spinach and other vegetables and forgo the fast food and sugary drinks. But he recognised that it was more complicated than simply a matter of personal choices and that people in these communities needed easy access to tasty and nutritious food options that could also compete with the low price of fast foods.

In 2012, and with only R40, the social entrepreneur started his first spinach garden in the township outside of Cape Town. Now he manages six gardens, employs 18 people full time and supplies and owns three Spinach King Bakeries: two in Khayelitsha and one in Cape Town.

The benefits of spinach are many but in South Africa it is a great option because it is easy to grow and its turn-around harvest period is three to four weeks.

“The benefits of spinach are many but in South Africa it is a great option because it is easy to grow and its turn-around harvest period is three to four weeks – unlike other vitamin K based vegetables that take longer to grow such as kale and broccoli,” he said.

Private Johannesburg-based dietician Ria Catsicas said that spinach “contains a variety of vitamins and minerals such as vitamin K, iron and phyto nutrients such as beta carotene, betaxanthin and lutein that have anti-oxidant properties”. “It is also low in calories and high in fibre thus a very healthy food.”

People should be encouraged to eat all vegetables, she said, but “most people only eat vegetables once a week and only a few types”.

Catsicas said poverty and a lack of knowledge are serious obstacles for obesity prevention in South Africa.

“Few people consider obesity as a health risk and the cause of significant increase in the development of heart disease, type 2 diabetes, stroke and hypertension,” she said.

Also, “if you live just to survive every day, health and weight status is not a priority”. She said that people in these situations “eat a large amount of cheap foods as tomorrow you might have none”.

Nomjana’s answer to the problem was to create and package this highly nutritious food, spinach, in products that are more attractive to consumers and sell them cheaply and closer to home.

Such options are more accessible in the affluent areas of Cape Town but for township residents this is a first.

It is very difficult to change people’s every-day behaviours and eating habits but Catsicas said that raising awareness of the risk is crucial as well as making healthy foods cheaper.

Nomjana’s products are a fraction of the price of similar health foods in the near-by city. For example, a loaf of low-GI spinach bread costs R13 and a spinach juice would set you back R15.

A businessman and healthy-eating activist, Nomjana is a vegetarian and is very involved in creating awareness about nutrition issues.

“Our Spinach King education has been a force of change in the community of Khayeletisha for the past five years, especially among the youth, promoting healthy eating and a balanced diet,” he said. “And I can tell you from the perspective of an active member of this community, I am already starting to see a change in mind-sets, eating habits and the health of young people.”

An edited version of this story first appeared on Health24.com