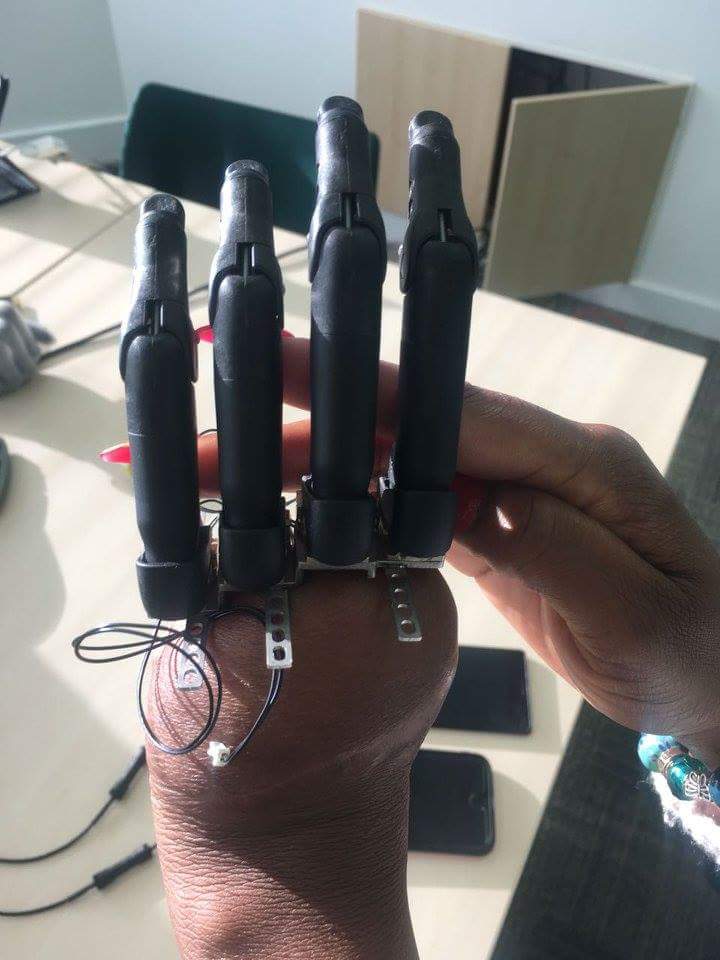 Mpumalanga mother Bridgette Mokoena, who lost part of her hand in a car crash in 2010, is the first South African to receive a bionic hand replacement.

Mokoena, who lives in Kanyamazane, had to travel to Scotland to receive her new robotic left hand. 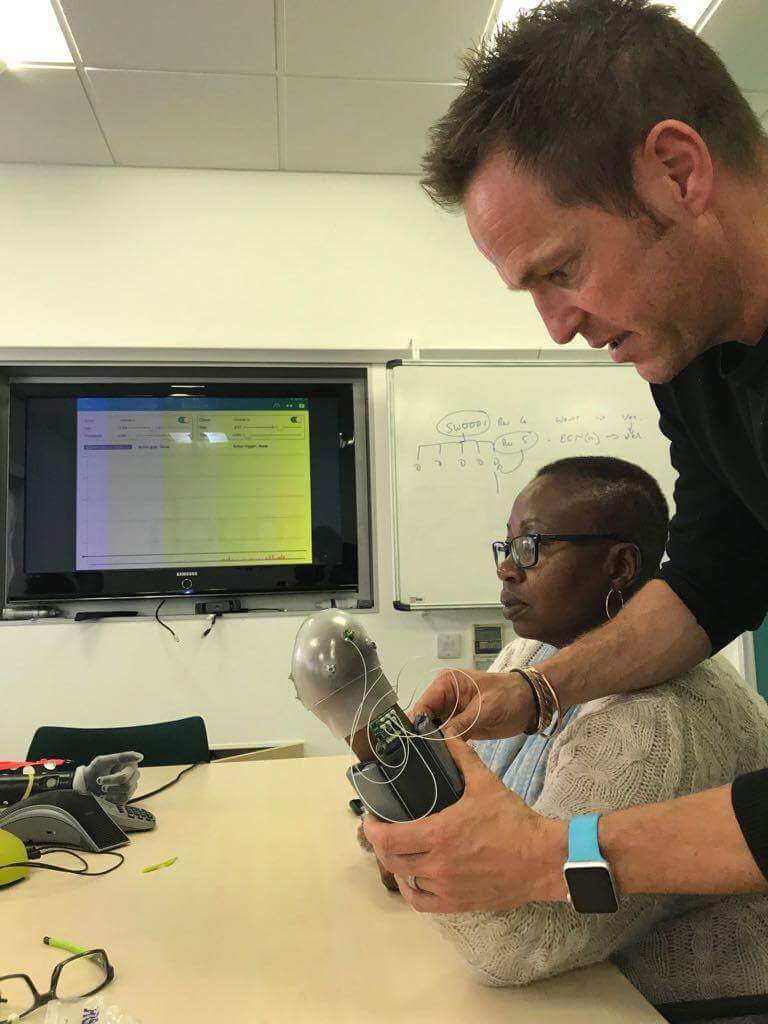 Bridgette Mokoena lost part of her hand in a car crash 7 years ago.

Mokoena, who is one of eight siblings and the mother of two boys, describes herself as happy, down-to-earth and a go-getter.

On 24 September 2010 Mokoena was involved in a car accident in which she lost all the fingers off her left hand. Yet despite the trauma of her accident, she experienced she surprised everyone and rose above her challenges. She remained positive and continued life with a grateful attitude, thankful that she survived.

“Ever since I was young I wanted to relocate to Pretoria and after the accident God answered my prayers. I moved to Pretoria in July 2011 and lived there happily until October 2013. I worked for the national Department of Agriculture, Forest and Fisheries before moving to the City of Tshwane Municipality where I met my late friend and colleague. He was the one who told me all about Jaco Deist from Deist & Associates Prosthetic Centre.

Mokoena said meeting Deist was “truly a blessing” as he understood her needs and the fact that she was not interested in having a cosmetic hand but needed one that would actually function. She was able to explain her needs to him earlier this year.

“That’s when he wrote a letter to Road Accident Fund asking for approval and explaining to them what type of hand I needed, and that a robotic hand would be useful to me. A case manager from the Road Accident Fund was assigned, and she came to do her own inspection and recommendation. I was approved without knowing that I would actually have to go to Scotland for my bionic hand. The day Jaco told me I was speechless and excited about the journey,” Mokoena said.

She immediately started researching prosthetics and what it would mean to have a bionic hand. On November 12 she traveled with Deist to Scotland where she was able to test her new hand.

“The first time I used the bionic hand I was over the moon with joy. It took them just a day to find the signal,” she said, explaining the process of learning to use the hand.

According to Deist, “Bridgette is the first South Africa to receive a bionic hand replacement for a partial-hand amputee. Bionic or myoelectric prostheses have been available to upper-limb amputees for many years. But in most cases when a partial-hand amputation is performed there is little that can be done after the fact other than providing a cosmetic or non-functional prosthesis to the amputee. The challenge with partial-hand prosthesis is in the digits; moving the digits independently is tricky and in most instances, amputees only have the ability to open and close the hand.”

The first step for Bridgette to was to determine if she had the necessary signals to control such a hand. Sensors were placed on her residual limb and then connected to a test hand. She had to do small muscle movements in a specific area so that the sensors could pick up the electrical impulses from her stump. These signals are what allow her to open or close the hand. 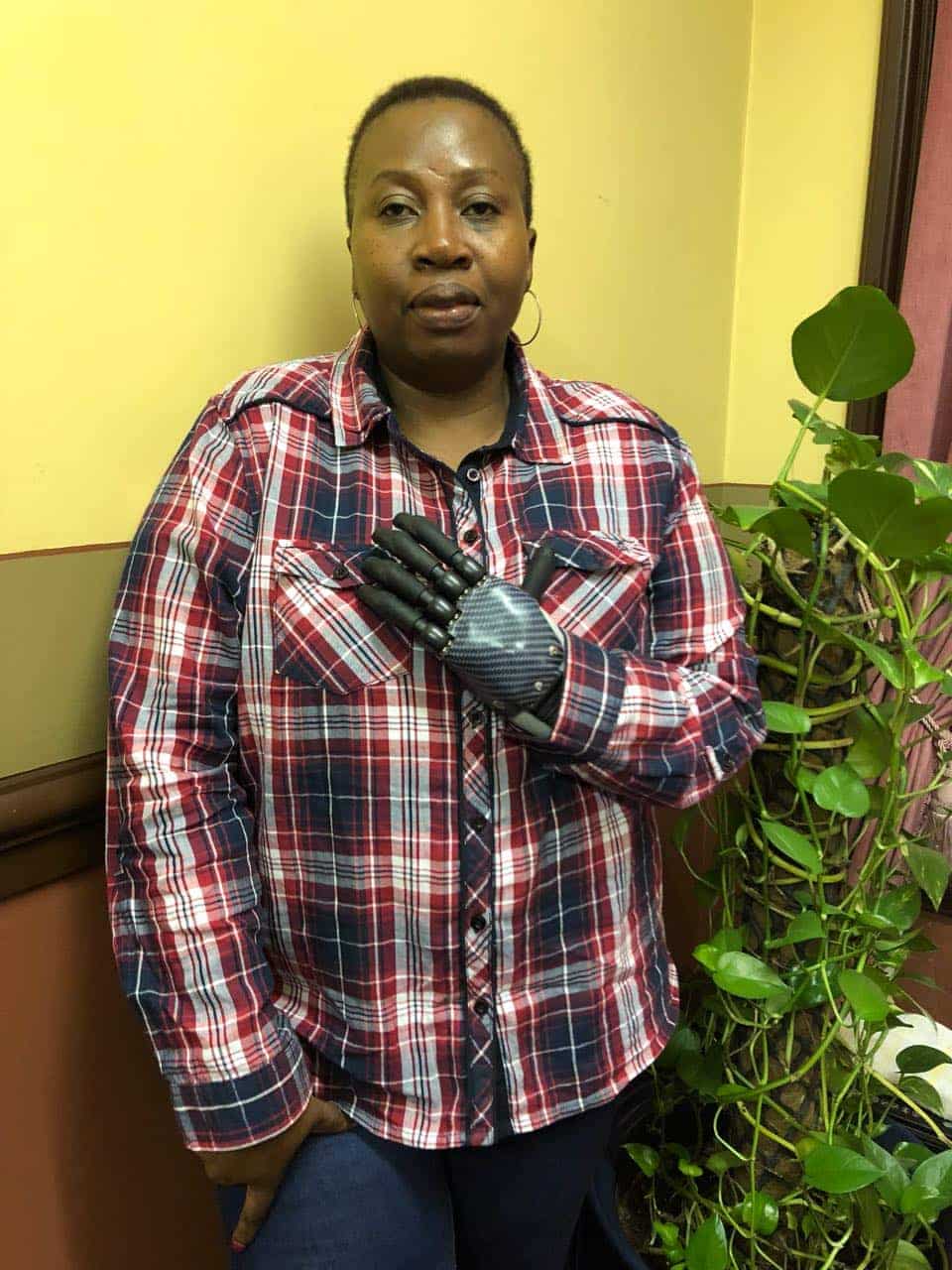 Then work was done to take a silicone impression of her residual limb to manufacture the prosthetic hand that would fit over her amputated limb.

As she learned how to work her new hand Mokoena became increasingly excited as she realised how much more she could not do.

“Just knowing that I can do different things with my new handmade me so happy. I fell in love with my bionic hand instantly,” she said.

Deist said the new bionic hand could function as a hand, with the fingers moving individually. The hand has 36 different positions and ground-breaking technology is apparent in the amazing gesture control. A simple up or down or sideways movement will set the hand in a pre-programmed position. The amputee is also provided with Bluetooth grip chips that make it possible to change to a specific grip.

“Our journey to Scotland was a beautiful success. I’m so happy with my new hand and am thankful to all the people who helped me, especial Jaco Deist and my family for their love and support,” said Mokoena when she returned to Mpumalanga with her new hand.

An edited version of this story was published by Pretoria News.