Home » No headway in TB hotspot 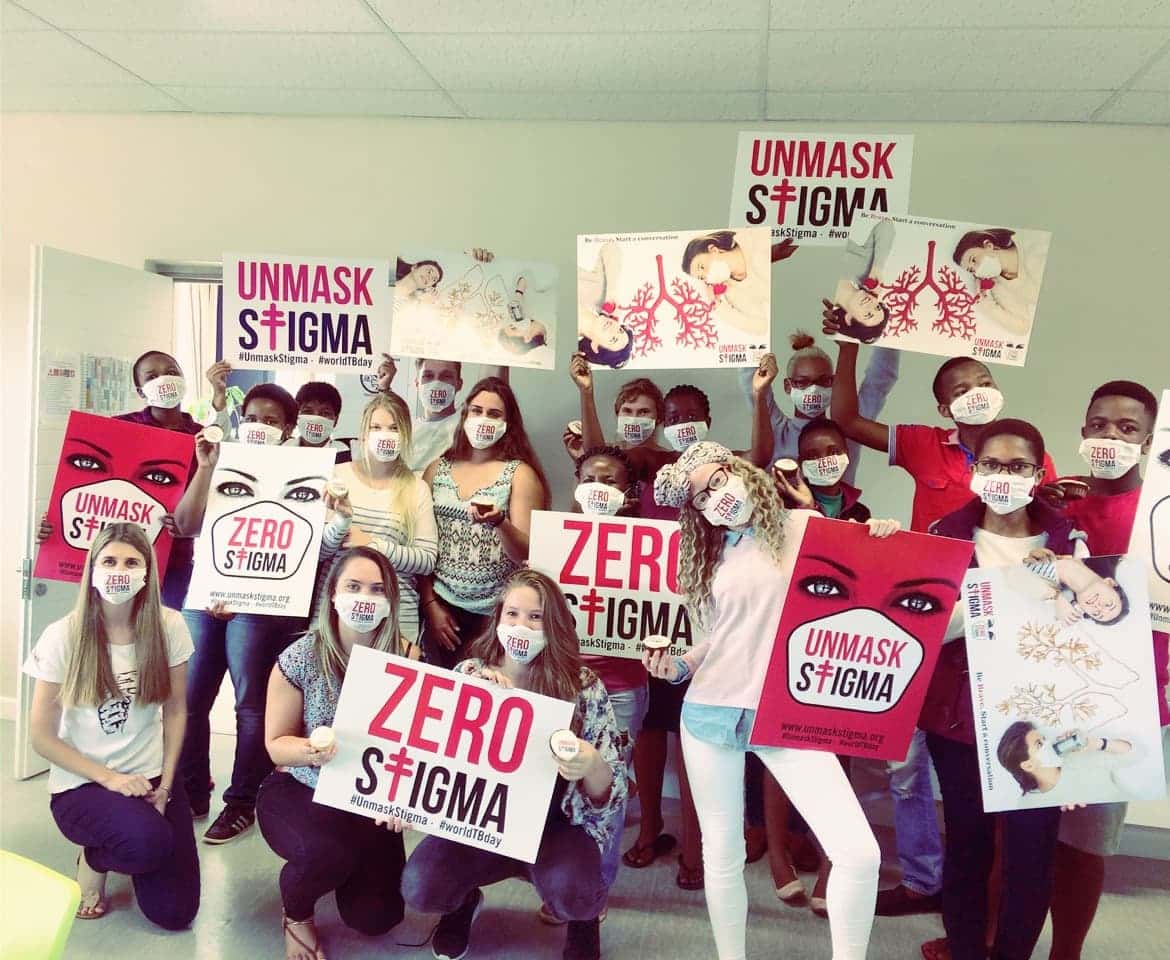 Oxley participating in the #UnmaskStigma campaign for World TB Day.

Tuberculosis infections in the Northern Cape have been rising steeply, particularly in the John Taolo Gasetsewe District.

No headway in TB hotspot

A People’s Imbizo was held to explore what was happening in the province, and what could be done to address the situation and reduce the spread of the disease.

The district has the second highest rising rate of TB in the country. According to Audrey Kgape from the provincial Department of Health, the rise may be caused by different reasons including poor adherence to treatment.

She said efforts to curb the spread of TB had dipped when the country turned its focus on HIV as the priority health issue.

“As a result, most of the energy was directed to HIV and TB was neglected for some time,” Kgape said.

Dikeledi Senatle, a professional nurse and a TB survivor, said she believed the stigma attached to having TB was the main cause of the poor adherence levels.

“Wearing a mask can be very challenging,” Senatle said, explaining how people in the infectious phase of TB were supposed to wear masks in public in order not to spread their infection to others, particularly when they cough.

MacDonald Keetsamang from NACOSA said poverty was also driving the rise in TB.

“Our people want to be permanently placed on a disability grant, and that is why some of them will default on their treatment,” he said.

As Nacosa we are facilitating consultative forums for community-based organisations and funded some to facilitate community dialogues around TB which also includes the mines.

Malebogo Marumo a community health care worker said she one day decided to wear a mask and went to town, this was just because she wanted to see the people’s reaction towards her, and starting from the hiking spot she struggled to get a lift.

Basics such as washing hands, opening windows, smart coughing and adhering to TB treatment, although important, may not be applied by patients living in shacks without running water – making basic proper hygiene a challenge.

Until she got into a taxi which the passengers look so frustrated and angry at the driver that how could he want to put their lives at risk with a TB patient.

Marumo said from that day she noticed that it is not easy to live and be accepted in the society with TB especially MDR.

Phillemon Mailinga from Hearts of Compassion, an NGO that focuses on palliative care, said basic hygiene education was important to reduce the risk of TB infections. Basics such as washing hands, opening windows, smart coughing and adhering to TB treatment, although important, may not be applied by patients living in shacks without running water – making basic proper hygiene a challenge.

It was suggested that the Department of Education join the fight against rising TB levels as children were becoming infected and their studies were being affected in cases where they were hospitalized for long periods.

An edited version of this story was also published by Health24