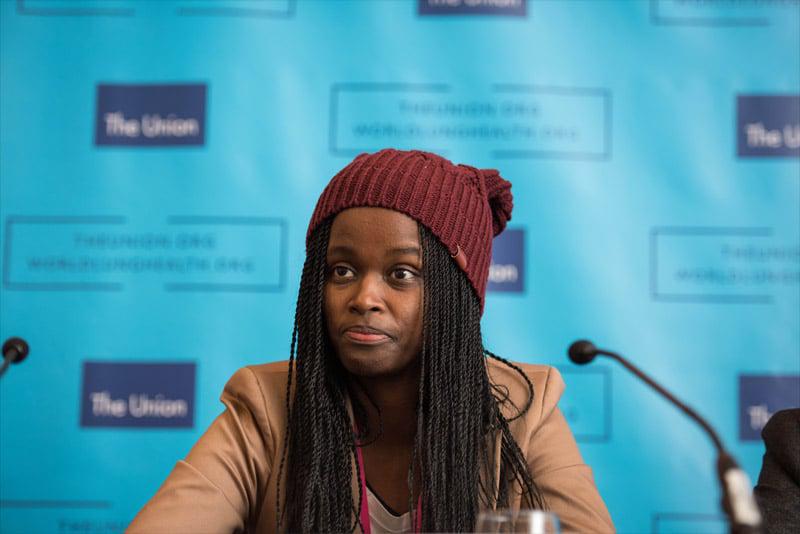 There is hope for people living with multi-drug resistant tuberculosis (MDR-TB) as the “gruelling” two-year treatment with “terrible side-effects” such as deafness can now be successfully shortened to just nine months. 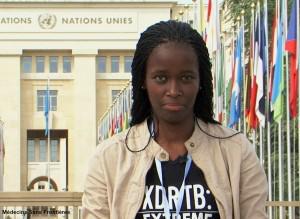 South African TB survivor Phumeza Tisile urged the world to “respond to the emergency that is drug resistant TB”.

The breakthrough was revealed last week by José Luis Castro, Executive Director for the International Union Against Tuberculosis and Lung Disease (The Union).

On Wednesday evening he, along with a team of TB experts, announced the final results of the Francophone study which evaluated the efficacy of a shorter MDR-TB treatment regimen in nine African countries.

Higher chance of being cured

Three quarters of people in the study were cured with the new nine-month regimen. Of the patients who successfully completed the treatment – the cure rate was almost 90 percent.

Only half of patients taking the older regimen can expect to be cured even after taking drugs for over 20 months. Just completing this course, whether it cures one or not, is a feat of sheer determination, according to TB advocates speaking at the 47th Union World Conference on Lung Health taking place in Liverpool, United Kingdom, this week.

Based on the preliminary results of this study, in May this year the World Health Organisation (WHO) officially recommended this regimen for MDR-TB patients who have not taken treatment before and who are not resistant to the drugs contained in this regimen.

These final results are expected to give countries the data needed to start rolling out the regimen to all eligible patients.

“With strong evidence now showing that this regimen is the most effective available for treating multi-drug-resistant forms of TB, the next step is for countries to begin widely implementing this new approach,” said The Union’s Dr Arnaud Trebucq.

South Africa will begin implementing the nine-month regimen from early next year and is currently developing an implementation plan, according to National Department of Health deputy director general, Dr Yogan Pillay.

“A shorter regimen means shorter duration for patients, decreased pill burden and a more rapid return to health. It also means less pressure on the health system and will reduce the costs of treatment,” he said.

Patients taking the nine-month regimen have a higher chance of being cured and are less likely to suffer from the potentially debilitating side-effects of these drugs, like deafness, blindness and nerve damage.

This is largely because the daily injectable drugs, which cause much of the long-term side-effects, have been shortened to four months. In the existing regimen patients receive six months of daily painful injections. Decreasing the duration of these drugs specifically is hoped to reduce the risk of long-term suffering, but it does not eradicate it.

South African TB survivor Phumeza Tisile, who became deaf as a result of MDR-TB treatment she started taking in 2010, urged the world to “respond to the emergency that is drug-resistant TB (DR-TB)”.

Last month the WHO published new data showing that rates of DR-TB around the world were higher than previously thought and constitute a “crisis”: in 2015 almost 600 000 people became ill with DR-TB. Less than one in five of these people were actually diagnosed and received treatment – treatment which only cures a fraction of people who take it.

Castro said this “gap allows DR-TB to spread” which is why giving people access to new drugs and treatment regimens is essential “in the fight against TB”.

After months of ineffectual treatment Tisile was diagnosed with an even more dangerous strain of the disease: extensively drug-resistant TB (XDR-TB) for which survival rates are as low as 20%. Through the international organisation Doctors Without Borders (MSF) she received an expensive drug, not available to most South Africans, and was finally cured in 2013. She said even though she lost her hearing, she was lucky as she still has her life.

“I’ve lost many people, friends, who were not lucky enough – who weren’t as lucky as I was.”

Through crowd-funding and support from a range of sources, Tisile received cochlear implant surgery in 2015 and “can hear again”. She said this cost half a million rand – an expense most people in the same situation cannot afford.

Tisile has dedicated her life to TB activism: she urged the international community to stop turning a blind eye to the hardships suffered by people living with TB.

“We are not TB cases, we are people living with TB. We are not things, we are living human beings.” – Health-e News.