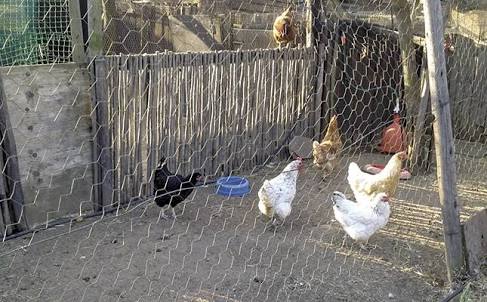 NORTH WEST – Breeding chickens at home, also known as backyard poultry farming, has come under the spotlight following this week’s recall of over 200-million eggs in the US.

Salmonella a risk with backyard chickens

On Monday the Food Safety News website announced that nearly 207-million eggs would be recalled from seven states after 22 people fell ill with salmonella. The salmonella bacteria is found in contaminated eggs or meat.

This week’s recall has sparked concern among South Africa’s local backyard poultry breeders, with major precautions asked to be taken by those who are breeding chickens.

“Even though no cases of salmonella have been reported in South Africa so far, it doesn’t mean it’s not there. Typically people who contract salmonella recover without treatment after a few days of diarrhea, fever and abdominal cramps. Some cases require hospitalisation and some can be fatal, to avoid hospitalisation, people who are breeding live poultry should always wash their hands after handling live poultry,” he said.

Salmonella is a bacterial disease people often associate with eating raw or undercooked eggs or meat. It can also be contracted when people put their hands or equipment, that has been in contact with live poultry carrying the salmonella bacteria, in or around their mouth.

Dr De Wet has stressed that it doesn’t mean people shouldn’t get backyard chickens, but it is important to take appropriate precautions to avoid the spread of salmonella or other diseases.

“Always wash your hands after handling poultry. Keep a separate pair of boots and clothes to use in the coop, so you don’t carry germs back into the house. And don’t let poultry live inside the house, never eat or drink in the area they live and avoid kissing or snuggling them,” he advised.

While there isn’t any available comprehensive data on how many households own live chickens, backyard poultry is quite popular in South African townships.

“Ownership of live poultry and the interest in raising backyard chickens and ducks is really growing,” said De Wet.

Kgosi Mpato, a local backyard poultry owner in Ikageng Potchefstroom, says his chickens are important to him.

“My father owned chickens. I grew up around chickens and not once I was sick,” said the 65 year-old.

According to Mpato, live chickens are like ancestors to him and they take of him.

“These chickens take care of me, so I need to take care of them nicely. I talk to them, I make sure they have food, they are like ancestors to me. I don’t use gloves when holding them. I need to feel them and I been doing this for over 30 years with no problem” he said.