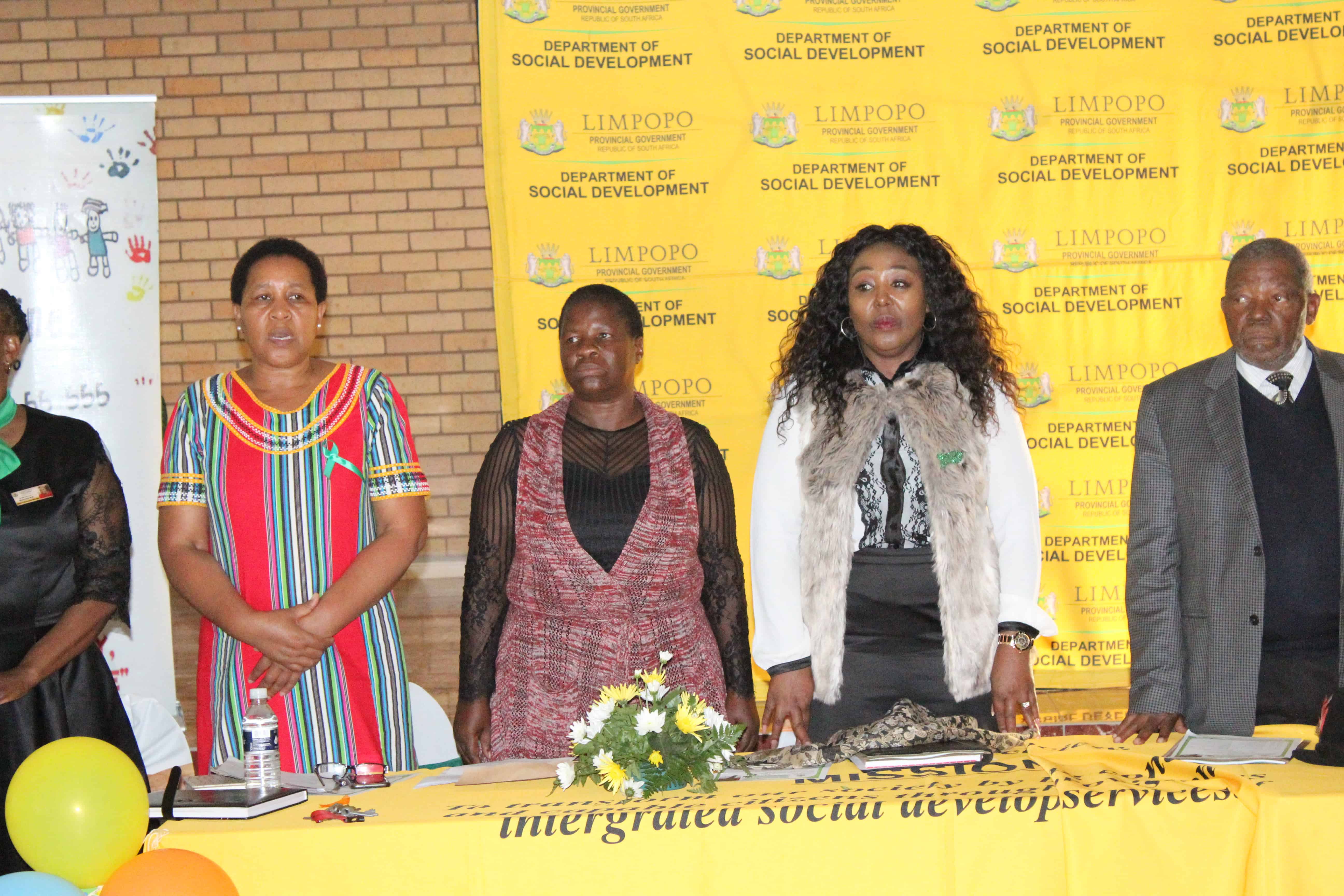 Chief Calvin Nelwamondo of Lwamondo village, next to him is MEC of Social Development, Mapula Mokaba-Phukwana during the launch of child protection week at Tshifulanani. (Credit: Ndivhuwo Mukwevho Health-e/)

LIMPOPO – The already-high numbers of reported cases of child abuse – physical and sexual – has activists who are watching the situation concerned, as they have noticed a steady rise in numbers.

Since the beginning of the year, Thohoyandou Victim Empowerment (TVEP) has already recorded about 200 cases of sexual assault, with 60% of the victims being young children. TVEP is an NGO which provides support and advocacy to women and child survivors of sexual abuse and domestic violence. In most of the cases, victims are children under the age of 13.

“The statistic is increasing almost daily. It is worrisome when young children are becoming victims of sexual assault almost daily. Children need to be protected from all forms of abuse,” said TVEP spokesperson, Tshilidzi Masikhwa. This year 380 cases of domestic violence which also involve children have been recorded by TVEP. Masikhwa encouraged children who are being abused at home or school to report the situation to relevant people who will help them.

Victor Mavhidula of the South African Human Rights Commission said that people must not be afraid to report child abuse when they see it happening.

Limpopo MEC of Social Development, Mapula Mokaba-Phukwana recently pleaded with the communities to play their part in fighting against child abuse, explaining that many rural parents still believed in beating their children as a form of punishment without understanding that it is against the law.

Chief Calvin Nelwamondo of Lwamondo village, outside Thohoyandou said that parents must lead by example and stop abusing children.

“It is our responsibility as leaders and parents to make sure that our children are protected from abuse. It hurts us as parents when young children die because of neglect by their own parents,” he said.

He added: “Parents must find other ways to reprimand their children and refrain from beating them. Now there are laws which protect children and those laws must be respected by all of us.”