Home » News Articles » Child labour in agriculture is on the rise 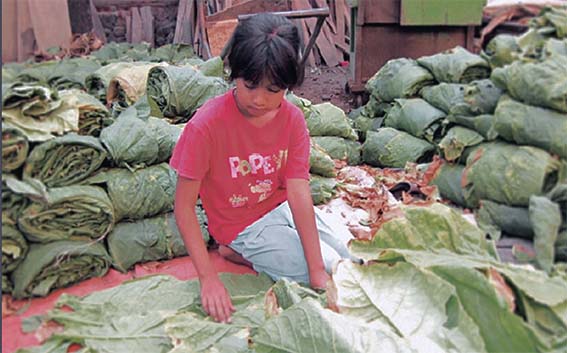 Child labour on the rise.

Child labour in agriculture is currently on the rise all around the world, and the United Nations Food and Agriculture Organisation (FAO) has warned that the trend is undermining efforts to end hunger and poverty.

Child labour in agriculture is on the rise

After years of steady decline, child labour in agriculture has started to rise again in recent years- driven in part by an increase in conflicts and climate-induced disasters. This worrisome trend not only threatens the wellbeing of millions of children, but also undermines efforts to end global hunger and poverty according to the FAO.

The number of child labourers in agriculture worldwide has increased substantially from 98-million to 108-million since 2012, after more than a decade of continuous decline according to the latest estimates.

In his research paper, which highlights the Impact of child labour in agricultural sectors in the Vhembe region, Advocate Moses Masindi of the Polokwane Society of Advocates says “South Africa, like the rest of Africa, continues to grapple with the child labour conundrum.”

Speaking to Health-e News, Masindi said “In Levubu farms (Limpopo) I have found that children who attend school and work are often too tired or unable to concentrate in the classroom.”

According to the FAO, efforts to eliminate child labour in agriculture face persistent challenges, due to rural poverty and the concentration of child labour in the informal economy and unpaid family labour.

FAO stresses that child labour in agriculture is a global issue that is harming children, damaging the agricultural sector and perpetuating rural poverty.

“Children who work long hours are likely to continue to swell the ranks of the hungry and poor. As their families depend on their work, this deprives the children of the opportunity to go to school, which in turn prevents them from getting decent jobs and income in the future,” said FAO Deputy Director-General Daniel Gustafson.

“Since more than 70 percent of child labour worldwide takes place in agriculture, it is vital to integrate child labour into national agricultural policies and address the issue at the household level. Otherwise, it will further exacerbate poverty and hunger in rural areas. We need to break this vicious circle if we want to achieve progress towards the Sustainable Development Goals. Zero hunger is not possible without zero child labour,” he added.