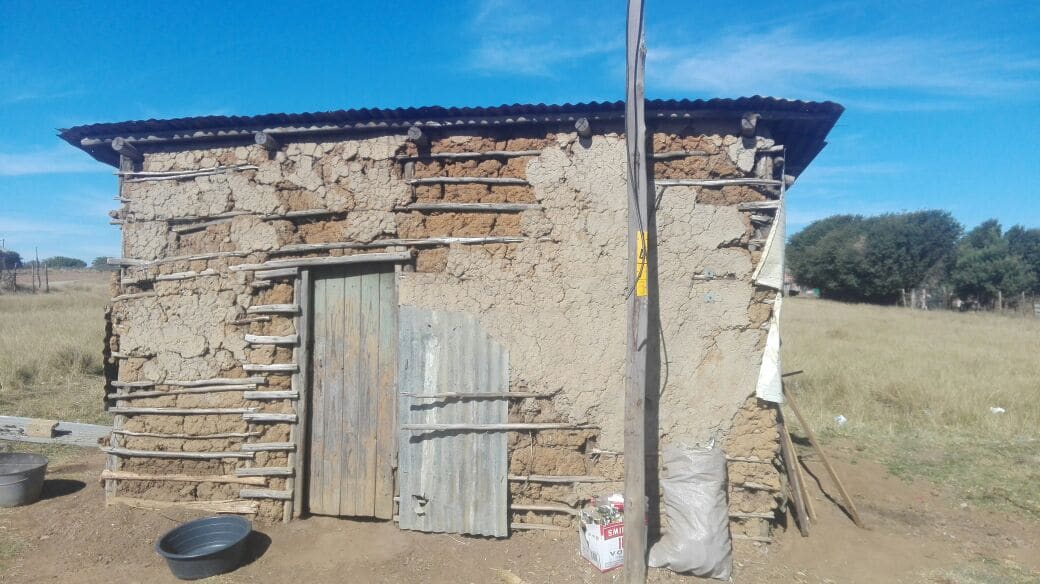 EASTERN CAPE – As winter takes hold and doctors and nurses urge people to stay warm in their homes, difficulties mount for poor people who live in poverty and homelessness.

The Mfingwana family from Ward 8 in Dindi location, demarcated under Mbizana Local Municipality, live in a mud structure full of cracks and holes.

The three family members – a 45-year-old mother, her 19-year-old daughter and a very ill son aged 30 – live together in the hut. Senzo Mfingwana was left with a paralysed lower body a year ago after being stabbed. He is now bedridden.

The mother, Nokwetyisa Mfingwana, used to provide for the family, but gave up work to look after her paraplegic dependant.

“Senzo has been lying in bed since April last year after he was stabbed. His lower body is not moving and he gets sores. As a result, I can’t take him to the clinic and I have to treat him myself. We are not receiving social grants. We have applied to SASSA for a grant, but we have never received it,” Nokwetyisa said.

Local ward councilor Lonwabo Somadlangasi said they were aware of the family’s situation but did not realise that the mother was no longer working.

“I found out that the reason Senzo Mfingwana is not receiving his grant is because SASSA needs his hospital pass out. He did not have it when he applied for the grant. But he needs to be taken back to hospital now. His condition is very bad,” Somadlangasi said.

He said he was in discussions with the Eastern Cape Premier’s office as well as the Mbizana Mayor’s office to arrange temporary accommodation for the family as soon as possible because temperatures are dropping. He said the family, living in their cracked and freezing housing, was at increased risk of developing respiratory illnesses.