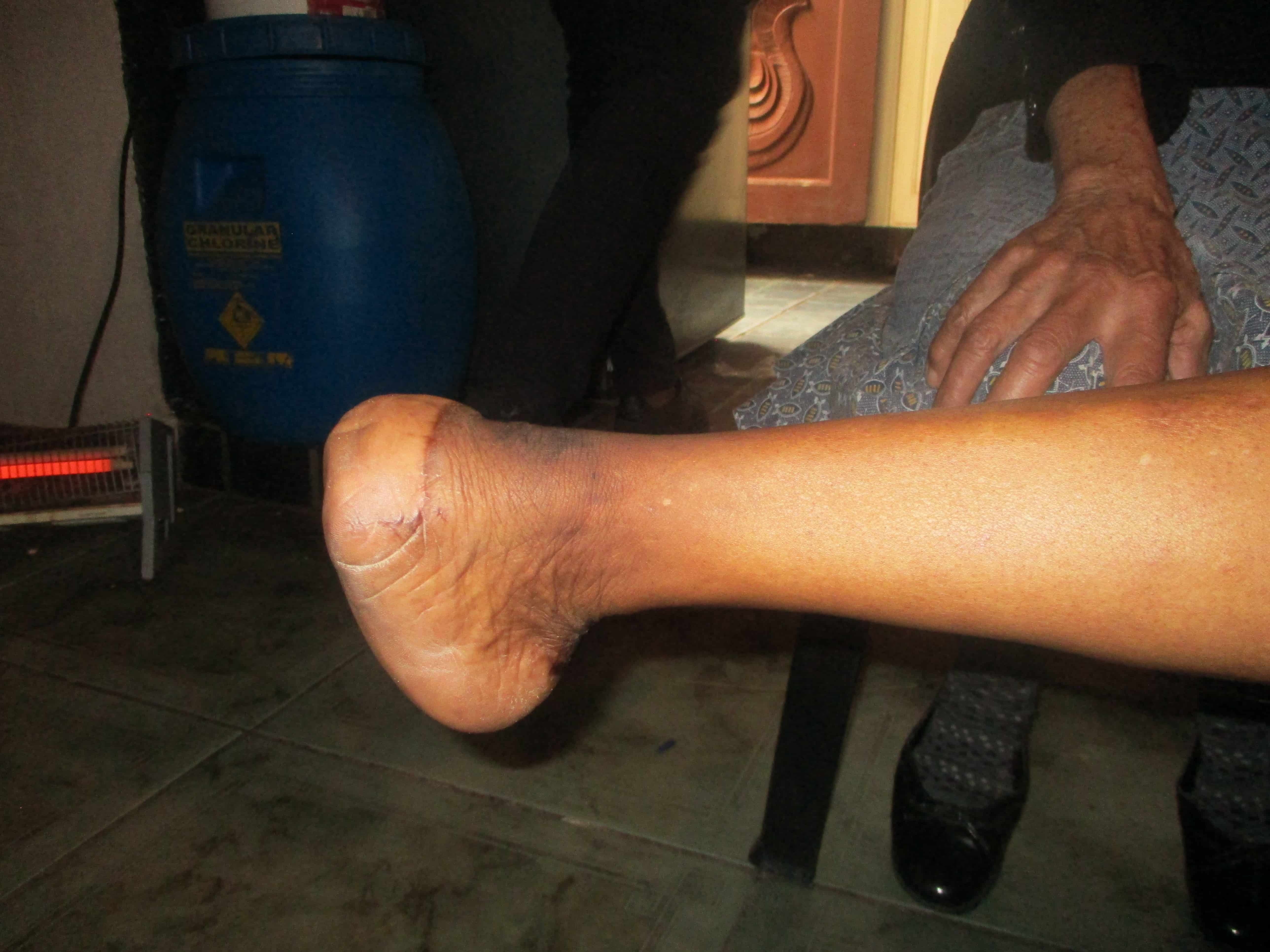 Despite having undergone the amputation of half of her right foot three years ago due to diabetes, Morongwa Tsatsi (65) of Alexandra township still battles to follow the healthy diet required for her condition.

Tsatsi, who remains traumatised by her surgical amputation, is struggling to accept the realities of the diet and lifestyle she needs to follow in order to remain healthy and for her diabetes not to deteriorate.

Tsatsi remembers clearly being a young woman, looking forward to growing old gracefully. Yet now she has poor eyesight, a bad limp and has to follow a strict diet and is having difficulty coping.

Speaking to Health-e News while eating a plate of pap and boerewors, Tsatsi said she was aware she was not following the correct diet but felt she had no choice.

“I eat a lot, but I’m not supposed to be this hungry. Sometimes the food I am supposed to eat for my conditions are not readily available,” she said.

Occasionally she misses her favourite muffins and says when her cravings are high she will eat one or even sometimes two.

Besides having to change her diet completely, Tsatsi says having part of her foot removed was a traumatic experience which has affected her both physically and mentally and has also impacted on her family. She says they now live with somebody who needs assistance while she is finding being semi-disabled hard to bear.

Tsatsi can’t walk much distance without the help of her single crutch. She was given special shoes to wear but finds them uncomfortable. She now wears sneakers that she stuffs with socks or rags to balance herself and reduce her limping.

Tsatsi has also lost the pride she used to feel in doing things for herself.

“I’m very slow. I must think first how I want to do something. Like for example, if I want to do the laundry, I’ll first have to fetch water and then only do it the next day.”

She said her friends and neighbours even spoke about her having been bewitched. This is despite a thorough counselling she was given at Edenvale Hospital.

A local clinician who has treated diabetic amputees, Dr Violet Setati, agrees that patients must be prepared mentally and education is very important.

“I remember someone saying I must go and see the prophet because having part of your body amputated denotes an evil spirit in our African culture. But thanks to my doctor who prepared me well ahead of such myths, I was mentally ready to confront them.”

Tsatsi wants people to know that diabetes is a silent killer. She has lost many family members due to it, and feels lucky to have been diagnosed early and put on a treatment.

A local clinician who has treated diabetic amputees, Dr Violet Setati, agrees that patients must be prepared mentally and education is very important.

“To undergo an amputation is to experience an instant and abrupt disability. You can imagine what is going through the patients’ minds, but with a constant awareness, they end up being ready. Amputation is an extreme consequence of uncontrolled diabetes,” she said, adding that in order to stay motivated to follow the necessary behaviour modification, diabetics needed the support of friends and family.

According to the Heart and Stroke Foundation of South Africa, it is estimated that one in 10 South Africans suffers from diabetes, but roughly one in every two these individuals don’t know because they have not been diagnosed.