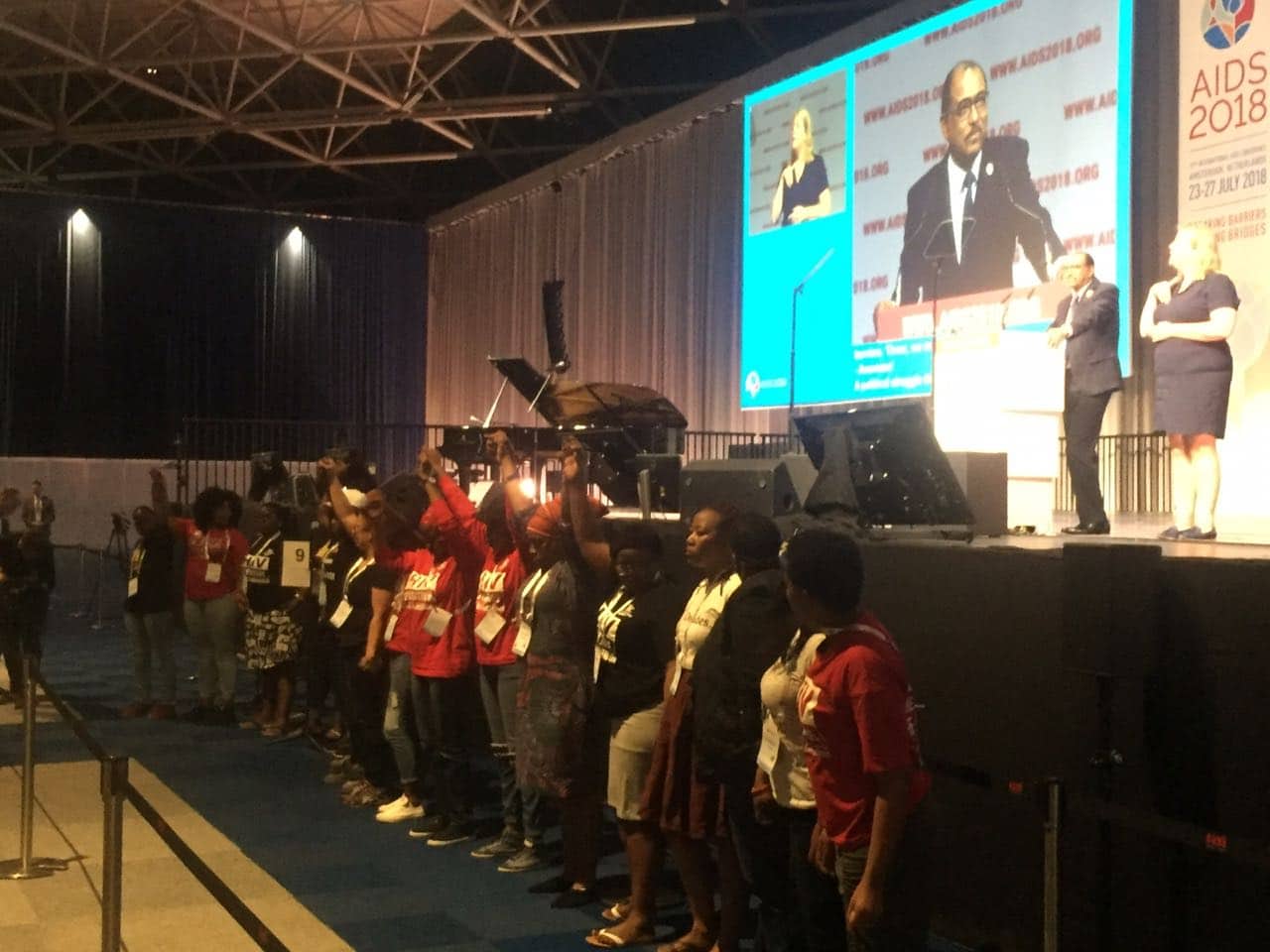 Hundreds of delegates walked out of the opening of the International AIDS Conference in Amsterdam last night in protest when UNAIDS Executive Director Michel Sidibe took the stage.

Before the walkout, a group of African women read out a statement describing Sidibe as “aider and abetter of sexual harassment” for his handling of a sexual assault case against his former deputy, Luiz Loures.

The women called for Sidibe to step down, then walked out, followed by a large number of delegates.

Before Sidibe took to the stage, the celebrity-studded opening event had focused on young people and people marginalized and at particular risk of HIV, including sex workers and injecting drug users.

Dutch Princess Mabel warned that, unless the real needs of girls and young women were addressed, “we could lose an entire generation to HIV”.

Two 20-year-olds who were born with HIV, Mercy Ngulube and Ukranian Yana Panfilova, urged governments to do more to reach young people with sex education to protect them against HIV.

Professor Linda-Gail Bekker, AIDS 2018 International Chair and University of Cape Town scientist, said that HIV infections had increased by 30 % in Eastern Europe and Central Asia since 2010.

“They are the only region in the world to show an increase in HIV, largely because of injecting drug use,” said Bekker.

Tivey described the fight against HIV as a fight for human rights and social justice, while his cousin Naomi called for lesbian and gay rights to be recognized.

Dinah, a transgender sex worker activist living with HIV welcomed the 15,000 delegates to Amsterdam with a sober message: “Trans sex workers face exclusion, discrimination and violence and we have the highest rates of murder and suicide.”

Tedros Adhanom Gebreheyesus, Director General, World Health Organisation, warned that there are still too many people who cannot get HIV treatment as it is not available in their country, they can’t afford it or they can’t get access to it.

“We cannot be complacent about the end of HIV,” warned Tedros.

The conference, which lasts until Friday, will also be addressed by Prince Harry, Charlize Theron, Bill Clinton and Elton John. – Health-e News.