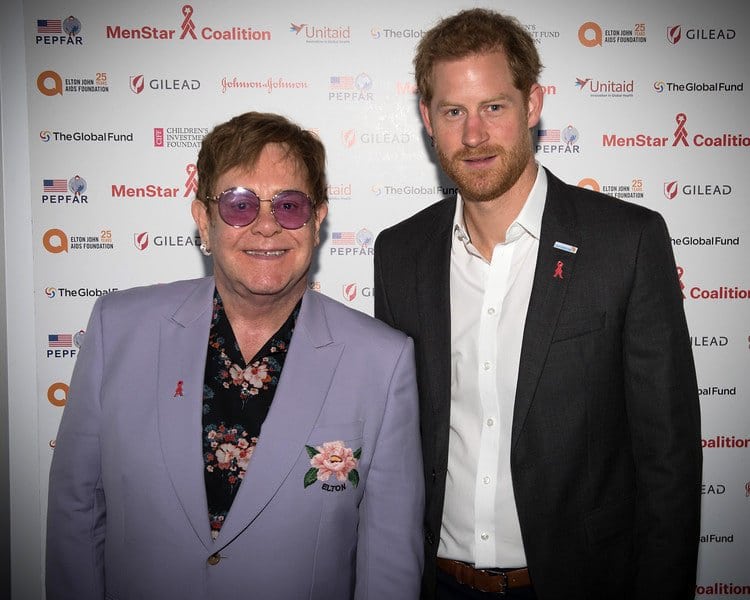 Prince Harry introduced singer Sir Elton John, saying he was “honoured to be sharing the stage with someone who has always put people at the centre of his work”.

The singer said men were less likely to know their HIV status and accept treatment than women, but they were spreading HIV.

Ndaba Mandela, grandson of Nelson Mandela and an HIV activist in South Africa, joined the celebrities on stage.

“Both my parents died of AIDS,” said Mandela. “It is important to allow men to fully participate in the HIV-free generation by knowing their HIV status.

“Next year, we will be launching a large campaign aimed at self-testing of young men in Kenya called Chukua Selfie.”

The campaign aims to target places where large numbers of men gather, such as taxi ranks and help men to administer HIV self-testing kits.

“MenStar will expand the diagnosis and treatment of HIV infections in men – keys to breaking the cycle of HIV transmission and ultimately ending the AIDS epidemic as a public health threat by 2030, particularly in sub-Saharan Africa,” said the coalition in a statement.

“Men, particularly those aged 24 to 35, access HIV testing and treatment at low rates, endangering their own health and also expanding the spread of HIV among adolescent girls and young women.”

The coalition will also support specific male-friendly strategies for HIV service delivery, such as “dedicated men’s corners at existing health clinics, expanded clinic hours, and deeper community engagement to better reach men”, according to the coalition.

“It was a privilege to be able to launch such an important coalition of global partners as MenStar and for the Elton John AIDS Foundation to play such a pivotal role in its establishment,” said John. “As a charity, we always try to pioneer new approaches to critical problems, then work with bigger players to optimise their impact.”