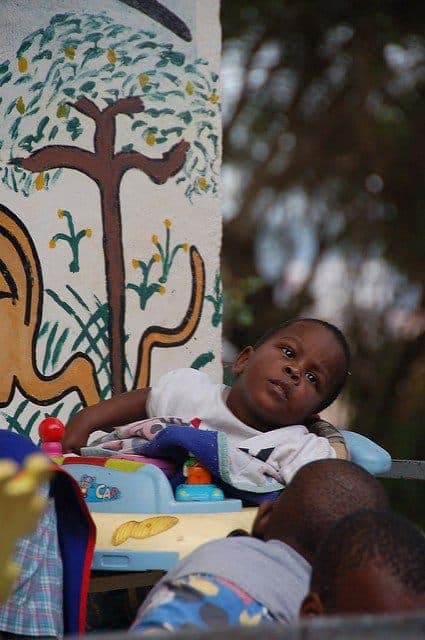 JOHANNESBURG – After more than a year of battling to transport her physically challenged the child, Lindiwe Mashini (33) from Bluegum View section in Duduza has finally received a special purpose-built pram – or “bakkie” as they are termed, from Pholosong Hospital.

Mashini, who applied for the vehicle in June last year, received a call from the hospital earlier this month, letting her know that she can come and collect a Madiba Bakkie for her three-year-old son. The child was born with hydrocephalus – more commonly known as water on the brain. 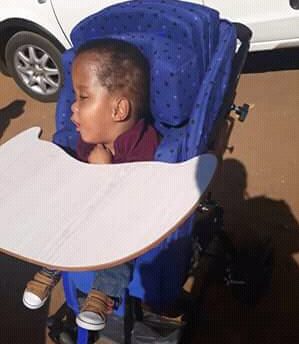 Lindiwe Mashini (33) from Bluegum View section in Duduza has finally received a special purpose-built pram – or “bakkie” as they are termed, for her 3-year-old son. Esau Dlamini/Health-e

“I was very excited and happy when I received the call because we have been waiting since last year. At least now I can be able to travel everywhere. Before I had to hire transport or carry him because he cannot walk and he is very heavy,” said the excited mother.

According to occupational therapist Connie Selepe who works at Pholosong, the Madiba Bakkies are generally issued for children with cerebral palsy that have positioning difficulties, because the bakkie helps to balance the child.

“Cerebral palsy is a very broad spectrum condition with many different features. The most common one is uncontrolled movements, where the neurology is affected. Some children you will find that they have a very decreased or increased tone, so when you position the child on a bakkie it helps to improve and normalize the tone so that the child does not grow up severely deformed,” she explained.

“The children with increased tone have knee joint issues and the bakkie helps because a child cannot walk with crisscrossed legs. The parents are able to position the child on the bakkie when feeding them, and for instance, if you are going to the shops or traveling short distances. The bakkie also helps to improve the socialisation skills of the child because even the neighbouring children develop a way of playing with them.”

“I would like to encourage other parents to come and collect the bakkies,” she said.