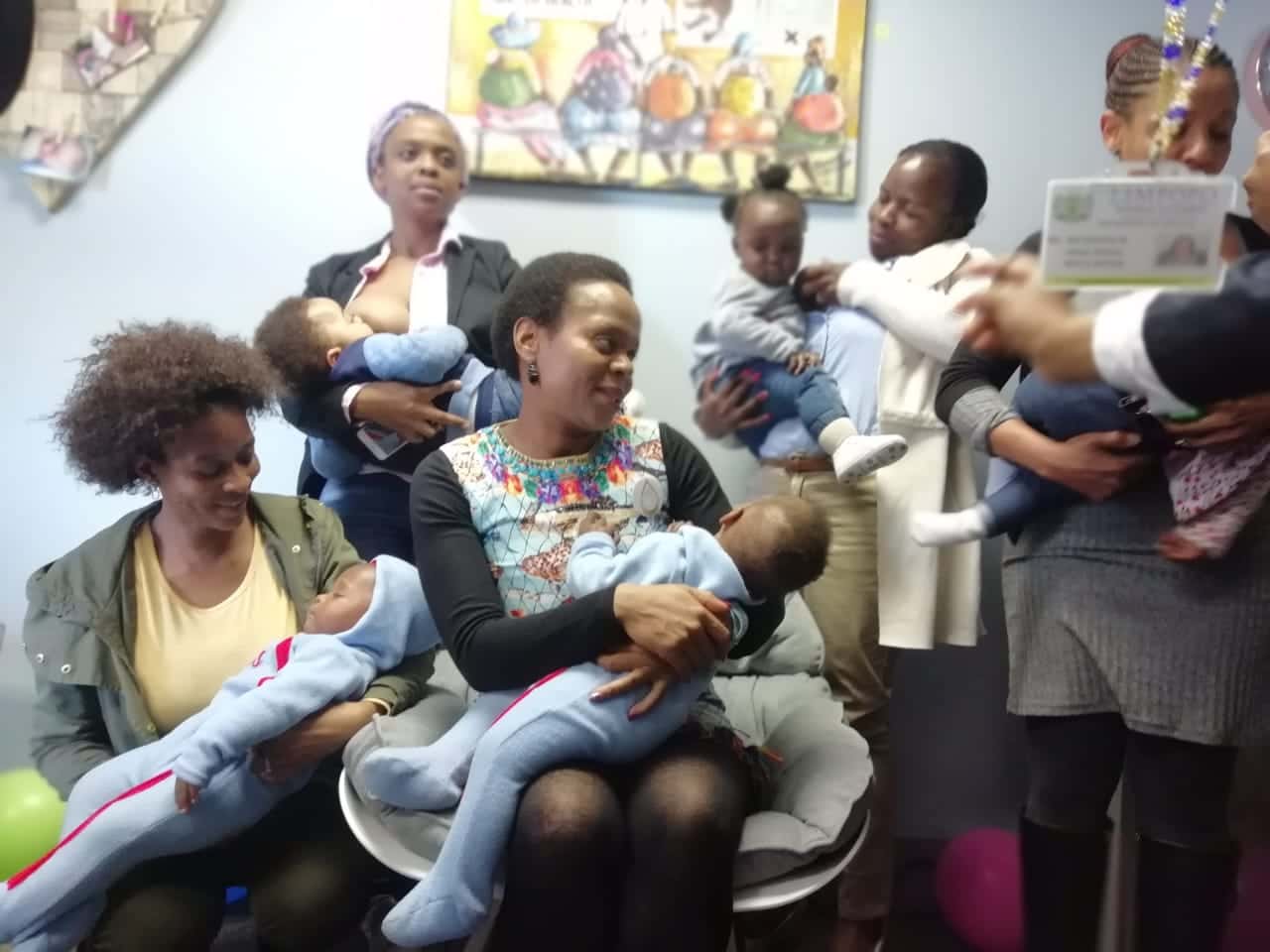 MEC of Health in Limpopo, Dr Phophi Ramathuba, together with some new mothers employed at the Department of Health. Picture: Ndivhuwo Mukwevho / Health-e

LIMPOPO – The Department of Health has launched a breastfeeding room at their offices in order to promote breastfeeding.

The room will afford employees stationed at the department provincial offices an opportunity to bring in their infants with their nannies so that they can breastfeed during work hours.

Spokesperson for the MEC of Health, Thabiso Teffo said the breastfeeding room was created to encourage mothers to continue breastfeeding when they return to work after maternity leave.

“The room will not only benefit new working mothers with infants, but it will also promote and protect exclusive breastfeeding practices with the aim of achieving optimal child health development,” said Teffo.

Breast milk contains antibodies that help babies fight off viruses and bacteria. Breastfeeding is also believed to lower the risk of babies developing asthma or allergies. Researchers have found out that babies who are breastfed exclusively for the first six months, without any formula, have fewer ear infections, respiratory illnesses and bouts of diarrhoea.

“Breastfeeding is very important to the growth of babies hence we felt that it was important to have a breastfeeding room within our premises. It is something we are hoping that other institutions will follow. Mothers will no longer have to travel back home to breastfeed their babies during working hours as they will now be able to breastfeed within the same building in which they are stationed and the room is large enough for them to bring their nannies along too,” he said.

In 2016 the department opened a breast milk bank in the province at Mankweng Hospital for new mothers who cannot breastfeed their infants an opportunity to find healthy breast milk with ease.

“Our people need to be encouraged to breastfeed babies all the times as breastfeeding has no time limit. Babies need to be breastfed several times a day for them to grow healthy and strong,” added Teffo.