Home » News Articles » Give us skills we can use – rural youth 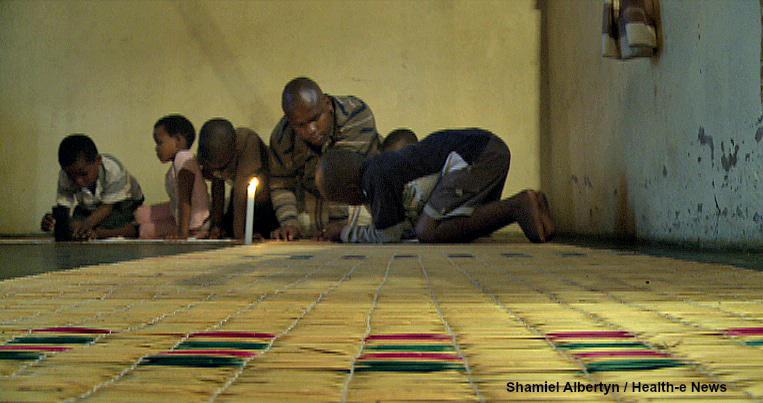 Zamani Dlamini is now a nurse thank to Umthombo Youth Development Foundation funding. He now gives talks at his former rural high school and helps cousins and siblings with homework by candle light.

The young people of Kwa Nkcele in Lusikisiki say they are tired of receiving certificates that are not worth the paper they’re written on. They say the skills the Eastern Cape Department of Social Development offer have no value because they don’t lead to jobs.

Give us skills we can use – rural youth

This was expressed during a youth dialogue organised by the department in Kwa Nkcele where frustrated young people said they want skills to get jobs that will help them put food on the table.  They said the programmes were only conducted so the department could “pass” youth month and for reporting purposes – and were not done to assist them.

Resident Boyboy Mzukhona Jojo (30) said he was tired of receiving certificates that have little or no benefit at all.

“The Eastern Cape has a small number of industries and workplaces so most people look for employment opportunities in other provinces.  As much as we appreciate the effort, I think offering certificates without any proper placement plan is a waste of time,” he said.

However, Vuyani Langa, Directorate of Youth Development in the Department of Social Development, said projects were thought out with young people in mind.

Kwa Nkcele resident Fakazile Hlongwe said the bakery was not well managed and did not benefit the young people because it was a “hand-to-mouth project”.

“It is so painful to raise children with the hope that one day they will be independent but that doesn’t happen. We have to share the little we have with our adult children and their children due to unemployment,” Hlongwe said, adding that unemployment among the youth contributed to the high crime levels in the area.

An edited version of this story was published by The Star country edition.