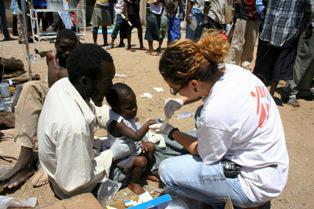 LIMPOPO – A recent outbreak of cholera and typhoid in Harare, Zimbabwe has left scores of people infected and about 18 people dead, the Department of Health in Limpopo has said that they are more than ready to deal with the deadly diseases.

The department is expecting a possible influx of people who might cross the border into South Africa in order to seek medical help.

Limpopo Health spokesperson Neil Shikwambana said: “Should the problem persist in Zimbabwe and we end up with an influx of people coming here to seek medical help, our hospitals and clinics are more than ready to deal with cholera.”

In 2008 Zimbabwe experienced its worst cholera outbreak which left a total of 4000 people dead and more than 100 000 people ill.

“As we share a border with Zimbabwe and people travel between the two countries each day, we cannot rule out the fact that some people might end up being treated at our health facilities, especially in Musina,” said Shikwambana.

Cholera is an infectious disease that causes severe watery diarrhoea, which can lead to dehydration and even death if left untreated. It is caused by eating food or drinking water contaminated with a bacterium called vibrio cholerae. Symptoms of cholera can begin as soon as a few hours or up to five days after infection.

Shikwambana further assured people that there was no reason to worry about cholera or typhoid outbreak happening in the province.

“Prevention is always better than cure, hence we always make sure that our people are always protected. Our people should continue to practice all safety measures which include always washing their hands before eating and after using the bathroom,” he said.

Cholera is highly treatable, but because dehydration can happen quickly, it is important for those infected to seek treatment right away.