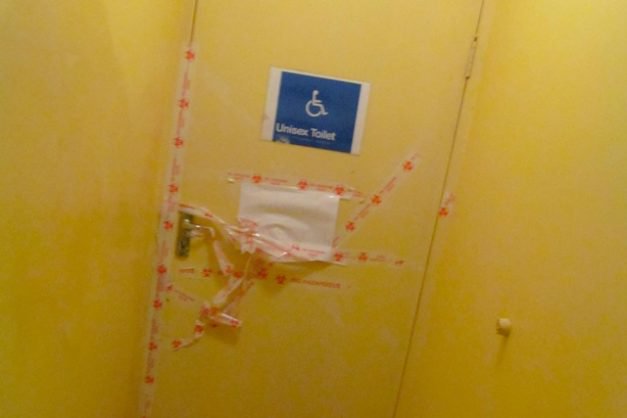 NORTH WEST – The only 24-hour clinic serving the township of Ikaneng – Boiki Tlhapi Clinic – currently has only one working toilet at the facility.

Sewage spills and pipe blockages at the facility – which sees an average of 150 patients every day – have left only one active toilet to be used by both staff and visitors.

All the other toilets have been closed because of blockages.

Layla Mokoena, a health promoter at the clinic, said the sewage spillage has been affecting the clinic for over two months, and she describes it as a health hazard next to a health facility. 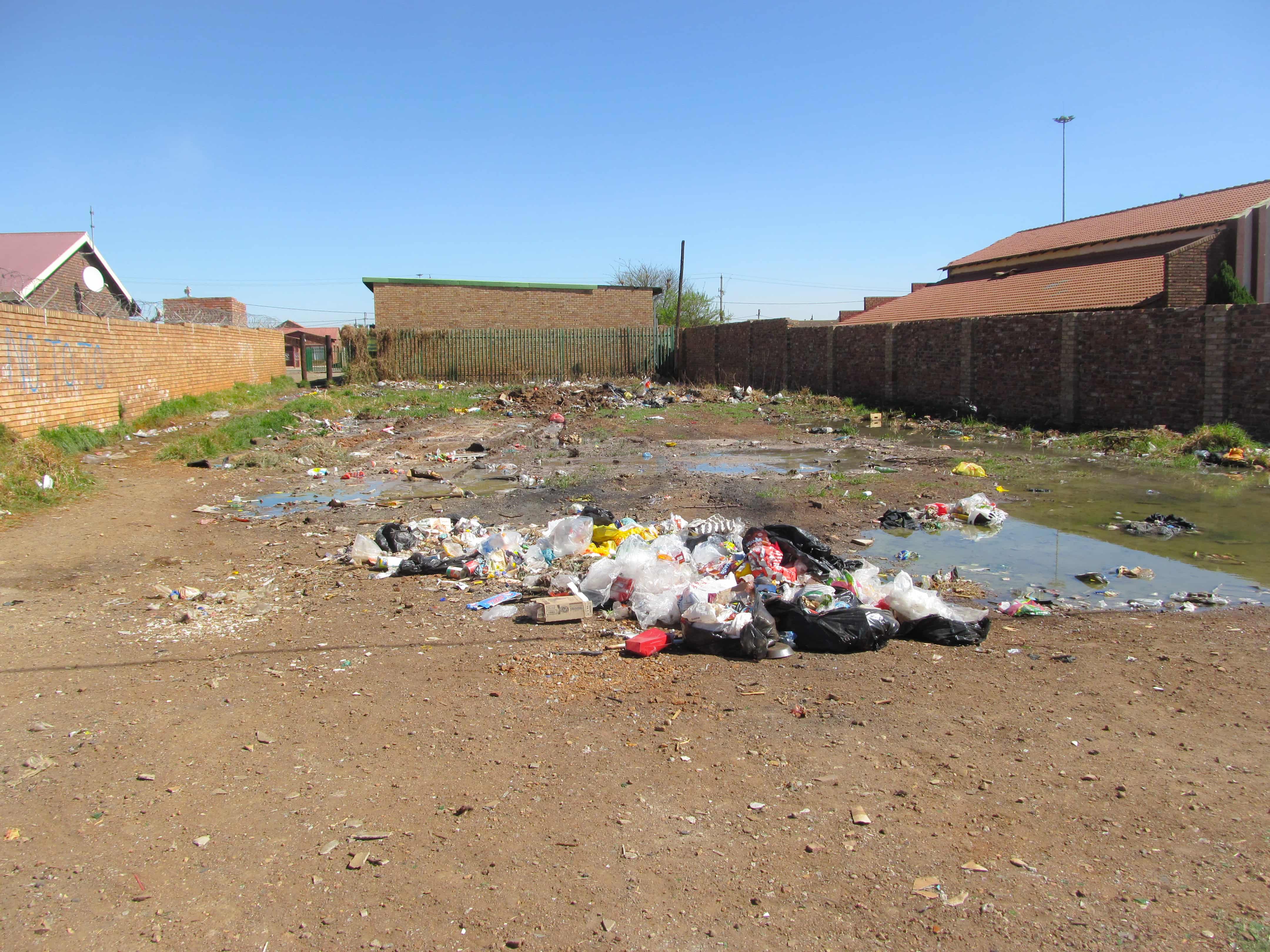 Rubbish is being dumped right next to the Boiki Tlhapi Clinic in Ikageng, Potchefstroom, attracting rats and creating a health hazard. Photo: Graeme Makam Health-e

“We can’t be a health facility situated next to a health hazard. The smell is unbearable, and we as the health workers have to be here every day, and it’s also bad for patients coming to sit in long queues with this smell” said Mokoena.

“The dumping site issue has been going on for over 10 years now. Our clinic has a maternity area, and we are now fearing the rats might physically harm our newborns,” she said.

Thato Mofero, a 41-year old who went to fetch her medication at the clinic, said the smell was so bad she had to cover her nose while sitting at the queue.

“I spent over three hours in that long line, covering my nose with my hat the entire time,” she said.

For the past several months, sewage spillage has become a common problem in Ikageng.

JB Marks Local Municipality Communications Manager, Willie Maphosa, said the municipality is working hard to deal with the sewage spillage and illegal dumping. He said financial constraints, old infrastructure and sabotage by the community are the causes for sewage blocks across Ikageng.

“Our current sewage infrastructure is very old. It was installed in the 50s and 60s, and now we use different pipes. So when an old pipe bursts we no longer have the correct pipes for repairs. We need to replace all the infrastructure across Potchefstroom with a new system, which means having to move everyone since these pipes run underground. We don’t have that kind of money, and it will create a problem to move people. In some cases our technicians would find foreign objects when repairing pipes – objects like stone, metal and plastic which we suspect is sabotage,” said Maphosa.

He said the municipality will legally deal with people who dump their waste in vacating areas.

“By next year we will have a fully functional team to deal with illegal dumping. The municipality will also establish a court that specifically deals with such issues and offenders will legally be prosecuted,” he said.