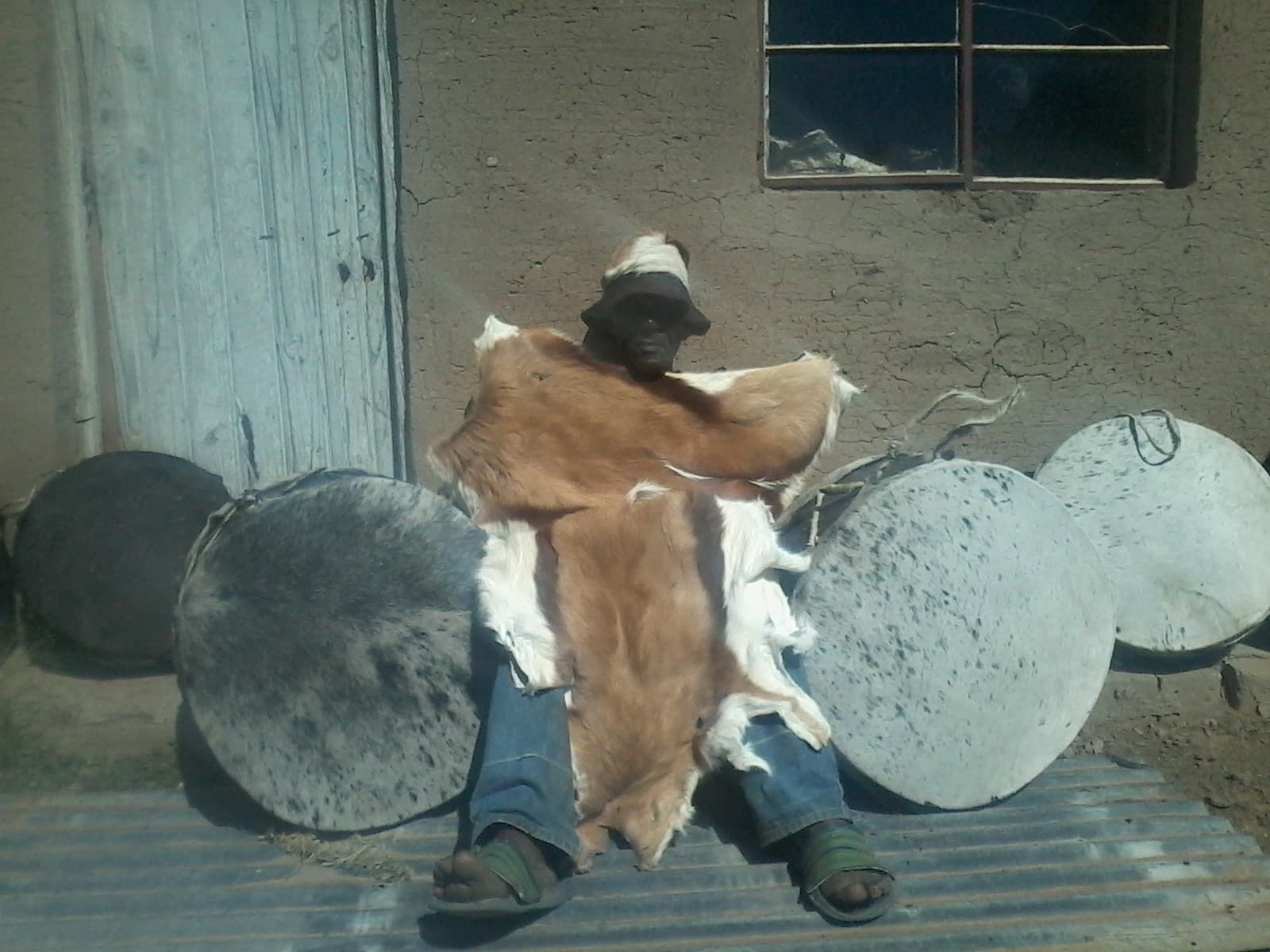 Enterprising rural villager Thulo Tshehlo has come up with an enterprising way to make a living for himself using only a stone and a spade as his tools of the trade.

Tshehlo, who lives in a mud structure in Woodbridge 2 Trust in Thaba Nchu has taught himself tanning – a process of treating animal skins to produce leather.

“I process the skins of all African animals, wild and domestic. I now have the skin of wildebeest, springbok, bonsmara, some sheep and I am still awaiting that of zebra,” said Tshehlo.

He collects the hardened animal skins from game reserves and local people. Tshehlo processes 10 animal skins each day by using his spade to remove the gore and flesh from the skin. He then uses his stone to sand the surface.

The processed leathers he makes are then used to manufacture traditional drums, traditional attire and seat covers as well as any special product requested by the buyer. Finished products sell from R300 to R1500, depending on the type of animal skin used.

The produced leather is more durable and less susceptible to decomposition. Tanning was a traditional knowledge but has been fading away as the local fabric industry has been growing.

Tshehlo says the youth in his village are extremely interested in his job, but he cannot employ more people due to the lack of a proper working structure and appropriate tools. Currently, he uses his mud house as a tannery.

His production rate is often not fast enough to meet the demand for his products now that he has started receiving bulk orders from Limpopo, Durban and Lesotho. He estimates he could easily employ about 10 more people if he was given some funding.

“I really need a vehicle to be able to collect the animal skins, as I am far from farms and slaughterhouses,” the tanner said.

Woodbridge 2 is a rural area situated at about 40km from the Thaba Nchu CBD. Thulo has obtained permission from the community to move his operation into a nearby dilapidated building, but it first needs to be renovated. – Health-e News.