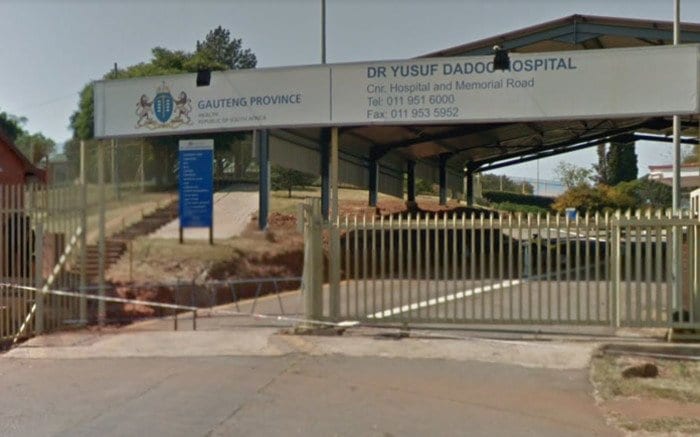 By midday today there appeared to be little consensus with reports going out that the hospital had successfully obtained a court interdict to halt the strike action, while union representatives claimed they had received no such information.

The striking workers are from Nehawu, Hospersa and Denosa, and their demands include better working conditions, the reopening of a canteen, and management to step down.

A peaceful strike was initiated last Friday. However, when hospital management failed to respond, the action was intensified on Monday when people were stopped from entering the hospital premises by striking workers.

The gates to the hospital were closed and the police were called in and by mid-morning the gates were re-opened and management entered into talks with the union representatives.

Employees claimed to be unhappy because while positions at the hospital were being advertised, local people were not being appointed. The hospital’s human resources staff were also accused of only appointing family and friends without following fair processes.

DA Gauteng Shadow Health MEC Jack Bloom claimed that on Tuesday surgery was halted at the hospital, patients were not receiving medication and were being turned away – “causing much suffering for people in the area who cannot afford private health care”.

It’s a cause of much suffering for people in the area who cannot afford private health care.

One angry worker from the hospital called in to Talk Radio 702 on Wednesday morning, claiming that the hospital kitchen had only one single pot for the nine-ward hospital. This was confirmed on air by the hospital manager who said the pot was in good working condition, was used for porridge and that there were also “some other frying pans” in the kitchen.

Another allegation is that the hospital has “ghost employees” receiving salaries and bonuses, but have either retired or passed away.

During the time of the strike hospital management and non-striking health workers including doctors and nurses stepped in to cook for the patients.

Bloom criticised the Gauteng Health Department for being “inexcusably slow in negotiating an essential services agreement with unions, which should have been a priority after the strike violence at the Charlotte Maxeke Johannesburg Hospital last year.”