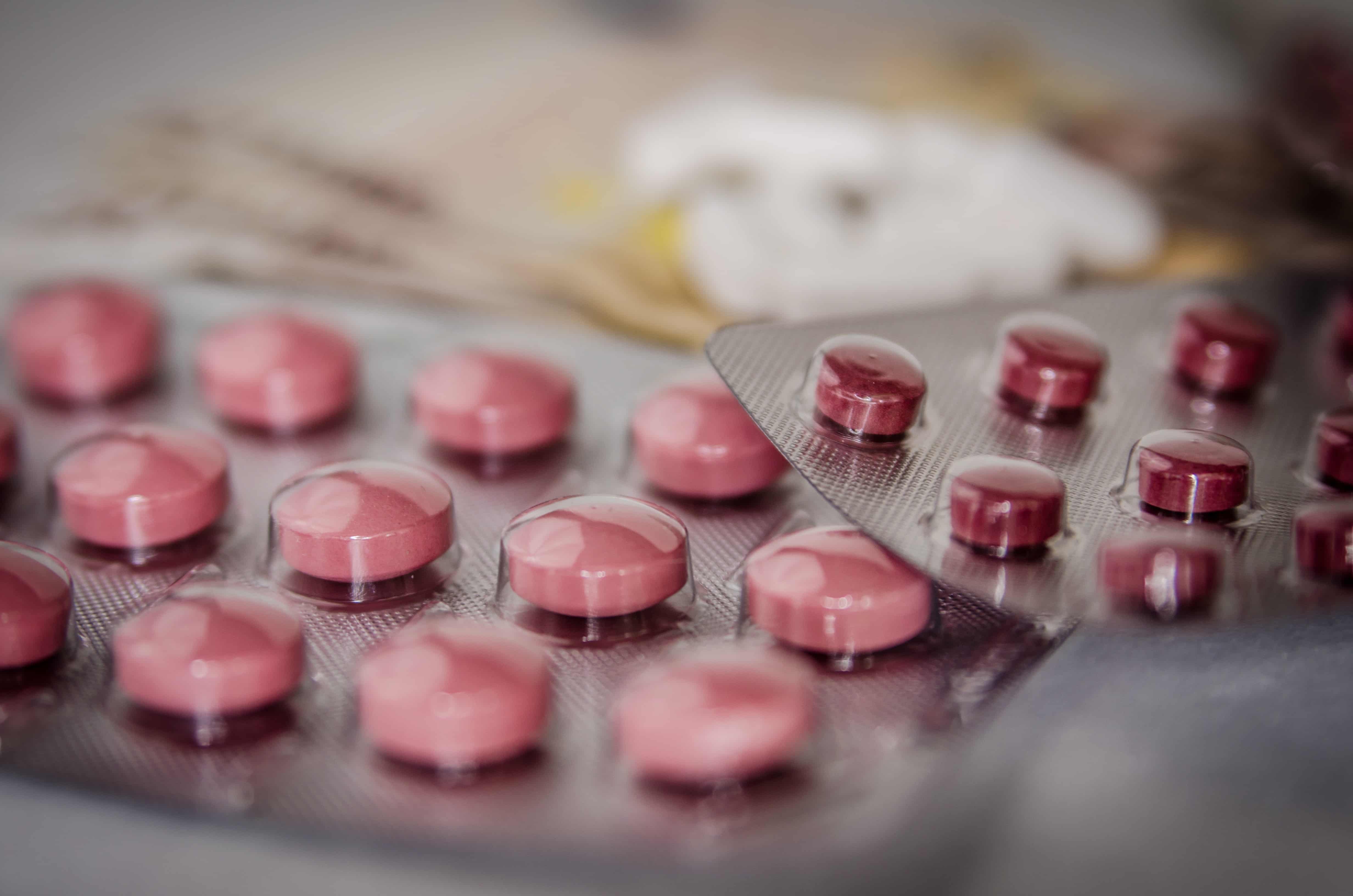 Tackling the high price of medicine

US citizens pay about six times what Europeans do for insulin, the cost of which has almost tripled over a decade in that country, according to the American Diabetes Association.

Meanwhile, Humira, the most popular arthritis medicine in the US, costs patients in the region of $50,000 (R700,000) a year and pharmaceutical company AbbVie, has lodged an astounding 136 patents to keep competitors away.

“A patient could fly first class to Paris, stay at the Ritz, dine at a top Michelin restaurant, buy a one-year supply of Humira at local prices in France, fly back home and finish with enough profit to hire a registered nurse to administer the injection every two weeks,” according to rheumatologist Dr Lonnie Hanauer in a recent letter to the New York Times.

Anne-Marie O’Connor, also writing in the New York Times, says that her life-saving asthma inhaler cost $100 in the US, but only slightly more than $9 in London.

Meanwhile, Doctors without Borders (MSF) reports that Tunisia and Morocco pay more for the pneumonia vaccine than France does.

How pharmaceutical companies set the prices of their medicines is surrounded in secrecy, but their general approach seems to be to make them as high as the various markets allow.

Over the past few years, both the United Nations and the World Health Organisation (WHO) have launched global initiatives to reduce medicine prices – the latest being the WHO’s second Fair Price Forum, which ended its meeting in Johannesburg on Saturday (13 April).

But stopping pharmaceutical companies from profiteering from sick people is complicated. Lack of transparency about how prices area arrived at – including how much the cost of research and development of new medicines and production costs – is a key obstacle. How do you dismantle something that is constructed out of secrets?

As with the first Fair Price Forum that met two years ago in Amsterdam, the Johannesburg participants – from governments, civil society and the pharmaceutical industry – grappled with this lack of transparency, as well as the price negotiations countries engage in with pharmaceutical companies, which are often smothered by confidentiality clauses.

“There was consensus that countries can take an initial step towards fostering greater transparency by sharing price information,” the WHO noted in a media statement issued after the Forum.

“Countries from the so-called Beneluxa network have already joined forces to share such information, and the results have been promising. The data highlights discrepancies in what different countries are paying and can serve as a powerful tool to negotiate reduced prices.”

The Forum also discussed other examples of how countries could collaborate to lower medicine prices, including “pooled procurement”.

“If several countries in the same region purchase medicines as a block, they can negotiate reduced prices due to the larger volume of medicines purchased,” according to the WHO.

Although the drug companies like to evoke the World Trade Organisation’s (WTO) Agreement on Trade-Related Aspects of Intellectual Property Rights (TRIPS) to protect their products, TRIPS does allow countries flexibility to waive patent rights in the face of serious public health challenges.

Eighteen years ago, members of the World Trade Organisation adopted the Doha Declaration, which clarified that the TRIPS agreement allows member states to  “take measures to protect public health”, including the right to issue compulsory licenses to third parties to make medicines without the consent of the patent holders where warranted – such as during health emergencies.

But few governments have had the courage to go this route, often because of threats from the pharmaceutical industry, according to a High-Level Panel set up by the United Nations Secretary General in 2016 to address “incoherence between human rights, intellectual property rights and public health objectives”.

“WTO Members must make full use of TRIPS flexibilities as reaffirmed by the Doha Declaration on TRIPS and Public Health. This is essential to promote access to health technologies,” said Michael Kirby, a member of the High-Level Panel and chair of the Expert Advisory Group at the launch of the panel’s report in 2016.

“In particular, governments and the private sector must refrain from explicit or implicit threats, tactics or strategies that undermine the right of WTO Members to use TRIPS flexibilities. WTO Members must register complaints against undue political and economic pressure.”

“Those of us that are WTO members committed ourselves to the Doha Declaration on TRIPS and public health. However, sadly this commitment has been forgotten and decisions are based purely on commercial benefit,” said Motsoaledi.

The Health Minister also raised the lack of transparency in the pricing of medicine: “We hear from the pharmaceutical industry that the argument for the excessive price relates to the cost of research and development for new products. What we do not have is transparency from the industry around the cost of their research and development and how they calculated the price that we are expected to pay.

“It is only fair that the suppliers of the product share such information with the purchasers of the medicine. There needs to be a trust relationship since we need each other in order to improve global health,” said Motsoaledi.

The excuse of the high cost of research and development – R&D in pharma lingo – of new medicines was exposed last year in a WHO report on cancer medicine pricing. The report found that, by 2017, the 99 cancer drugs approved by the US Food and Drug Administration had each made an average “return” of $14.50 for every $1 of R&D money spent.

In the report, the WHO also condemned the huge cost of cancer medicine, revealing that many treatments were only available in countries if patients paid the entire cost themselves.

“In the absence of insurance coverage, cancer treatment is unaffordable for many patients. A course of standard treatment for early stage HER2 positive breast cancer (doxorubicin, cyclophosphamide, docetaxel, trastuzumab) would cost about 10 years of average annual wages in India and South Africa,” according to the WHO report.

Doctors without Borders (MSF) says that “price transparency is both possible and desirable”, and that it has been done for antiretroviral (ARV) drug pricing.

“Price transparency for ARVs has enabled competition and fair price negotiations, and the price of HIV treatment has dropped dramatically – from around US$10,000 per person per year in 2001 to around $100 today – enabling treatment scale-up to over 22 million people living with HIV/AIDS and saving millions of lives,” said MSF.

“One thing is very clear: when countries know what others are paying for medicines, they have the leverage they need to demand fairer deals and increase access to treatment.”

South Africa has had particular success in negotiating some of the cheapest antiretrovial (ARV) prices in the world. Key to this success was the development of a price reference list which listed what government thought were fair prices for ARVs.

Anban Pillay, Deputy Director General of Health, explained this approach in an earlier interview: “We, as the Department of Health, working with Treasury and others, decided to evaluate the cost of production of ARVs and work out what was reasonable. We developed a reference price list that included a reasonable margin of profit, which we published as part of the 2009 ARV tender.”

Pillay also travelled to India and met with generic medicine manufacturers to encourage them to tender to supply the ARVs and,  since 2010, those supplying the country’s ARVs have been a mix of local and international companies, as well as generic and patented medicine.

One of the solutions to the runaway prices suggested by the UN High-Level Panel was for the WHO to set up and maintain an accessible international database of the prices of patented and generic medicines and biosimilars in the private and public sectors of all countries where they are registered.

But Daniela Bagozzi, senior communication manager in the WHO’s access to medicines department, warns that “prices in data bases are not the real prices paid – negotiated prices between governments and companies for different medicines are confidential”.

“We have done what we think is much more useful for countries – namely, we have promoted sharing of price information between countries through networks and promoted publication of estimated cost of production,” said Bagozzi.

Much information sharing has been happening over the past few days at the Fair Price Forum, but much more progress still needs to be made if patients’ rights are to be prioritised over profits.

The WHO has undertaken to “launch a public online consultation in the coming weeks to collect views and suggestions for a definition of what actually constitutes a ‘fair price’ from relevant stakeholders”.

“Fair pricing depends on fair negotiations, and there cannot be fair negotiations without transparency,” said the MSF ahead of last week’s forum. “MSF is joining patient advocates and healthcare professionals worldwide in calling on governments to make bold commitments to fair medicines pricing and mandate complete disclosure of the real prices at which medicines are sold. It is time for leaders to prioritise people’s health over pharmaceutical industry profiteering.”