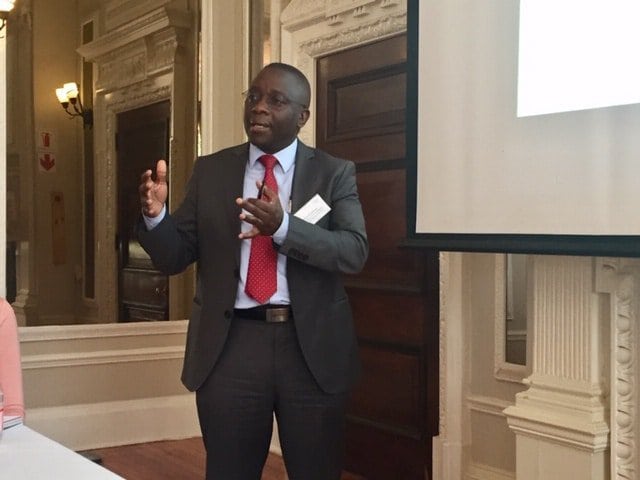 Thirteen-year-old Ruan Malan was born a healthy boy in 2006 – or so his parents thought. His mother, Julia, remembers the family’s joy when they took their baby boy home from the hospital after three days; he was just like any normal newborn.

Five days later, however, Julie noticed that her son threw up each time after feeding. It was a Saturday evening and Julie contacted a paediatrician who told her to keep her baby calm through the right and bring him in the following morning. Like Ruan’s parents, the paediatrician did not think much of the symptoms.

“We went into the hospital and no one could determine what was wrong with him,” said Julie. “They thought he might have an obstruction in the intestines, they had a look at that and it wasn’t it. He was a bit yellow, so they admitted him and put him under light.”

Later that afternoon when the paediatrician was standing around his bed, Ruan had a violent convulsion. A scan revealed that the infant had intracranial bleeding and required an urgent blood transfusion. So serious was his condition that Ruan spent the next seven days on a ventilator.

This is how the family found out that Ruan had haemophilia – a rare blood disorder that affects around 7-million people around the world. Haemophilia is a genetic bleeding disorder where a patient’s blood does not have the essential proteins to clot. Ruan, like most people suffering from this inherited condition, experiences uncontrolled external and internal bleeding that can result from what, to the rest of the world, is a minor injury.

Of the over 7-million living with haemophilia, a staggering 70% of them remain undiagnosed and unaware they have it. In South Africa, more than 50% of patients younger than 30 have damaged joints as a consequence of late diagnosis and not being aware they have the condition.

Speaking last night on the eve of the 29th World Haemophilia Day, Professor Jonny Mahlangu from the Department of Molecular Medicine and Heamatology at Charlotte Maxeka hospital, said it was difficult to detect the disorder and the key to early diagnosis often lies with patients having people around them who know about the condition.

According to Mahlangu, the prevalence of the condition is more or less the same across the globe with South Africa’s prevalence being one in 5,000.

He said the incident was so low that haemophilia is not part of the protocol of tests that are done for all newborns. Only when a patient starts having problems will doctors begin testing for it.

Professor Mahlangu said treatment for the genetic disorder is to replace the missing clotting factor, which is done by injecting a product that contains the needed factor into a vein.

Alex Stuart from the South African Haemophilia Foundation (SAHF) said the organisation was working to improve diagnosis and standards of care in the country by reaching out to rural communities.

“Rural training and development are now becoming an increasing part of what our foundation is striving for. The more nurses we can teach and the more doctors who go into community hospitals, the more chance there is of diagnosing patients in rural areas,” he said.

World Haemophilia Day presents an opportunity to help people with the disorder to live healthier, longer and more productive lives by educating and empowering them. Activities include a global campaign to light up landmarks around the world in red. – Health-e News