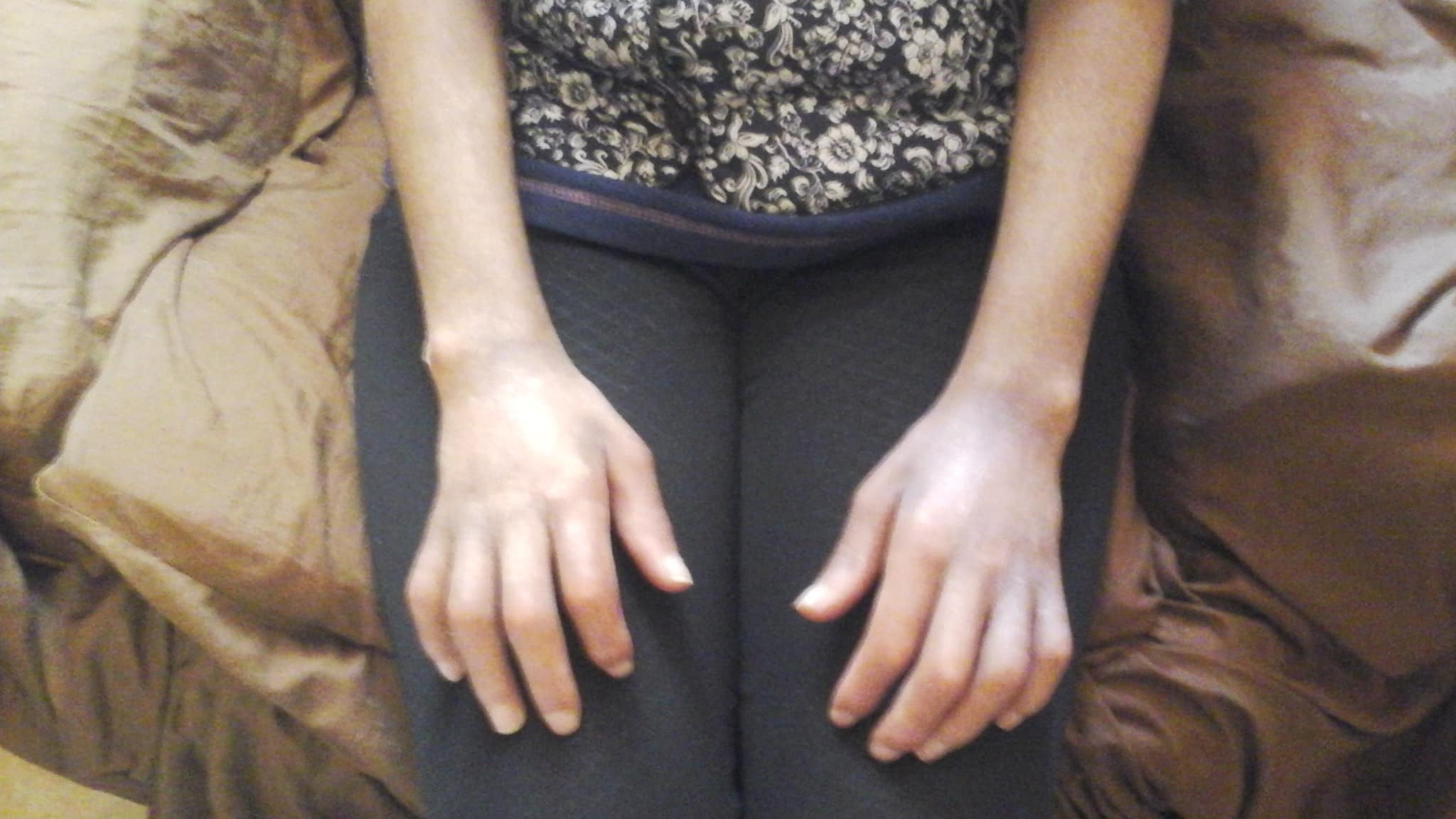 A 34-year-old Soweto woman, who contracted a rare and debilitating illness two years ago, has chosen to be upbeat about her experience and wants to raise awareness of the condition.

Woman remains positive she will be cured of her rare disease 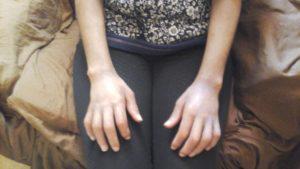 The chronic tissue disease that causes the skin to thicken and harden.

causes the skin to thicken and harden in various places, and can even impact on internal organs and blood vessels.

Shortly after giving birth, Patience Monyethebeng (34) became ill. At a time she should ordinarily have been enjoying her new baby, she found herself facing an unknown illness.

Her difficulties began in 2014, soon after she gave birth to her fifth child at Lesedi Hospital in Diepkloof, Soweto. Monyetebeng started experiencing random headaches. She went to the doctor after her skin started becoming itchy and hard, and she experienced severe pain in her joints.

“By January the following year my saliva started changing to orange, and I had these very painful random headaches,” she said.

She went back to the doctor, who was baffled by her symptoms. He referred her to Chris Hani Baragwanath Hospital where she underwent numerous tests over several months.

“I went to Baragwanath Hospital in February. I saw the dermatologist, who then referred me to the rheumatologist,” she explained.

A rheumatologist is a specialist in the detection and treatment of arthritis, autoimmune diseases, pain disorders affecting the joints, osteoporosis and a range of over 200 medical conditions commonly referred to as rheumatic diseases.

“To my surprise, the rheumatologist told me that I had localised scleroderma,” Monyetebeng said.

Scleroderma is a chronic connective tissue disease that is not contagious, infectious, cancerous or malignant. It also causes the skin to harden and become irritated, itchy and dry.

At the time Monyetebeng was working for Wits Reproductive Health and HIV Institute as a project administrator doing clinical trials.

“I got a lot of support from my colleagues. But as I got sicker, sometimes when I dropped something, I couldn’t pick it up. So I decided to leave work,” she said, describing how her illness impacted on her ability to function normally.

Since then her condition has continued to deteriorate. Her skin has continued to harden, and her hands have become frozen like claws, and she can no longer move them. She has lost a tremendous amount of weight and her face has changed, with her mouth becoming shrunken and hard. While the illness itself is scary for her, she has the added worry of living in a community that believe her condition to be the result of witchcraft.

“It was only after I went to Bharagwanath Hospital that I felt like I belonged, because I met other patients who are going through the same trials as me. Some are even losing their fingers, but  some have been healed from the disease and their skin looks normal again,” she said.

“I was on chemotherapy for seven months to control my immune system. Now I’m on Cellsept and oral chemo.”

While she has spent a lot of time crying about her illness, Monyetebeng is now managing to live with it and has found peace. Even though she is partially paralysed with hardened skin and stiff joints, she believes she will eventually be healed.

She dreams of one day being able to take good care of her husband and children, as they are the only people she depends on at the moment.

“I’m not trying to scare people. But I want them to be aware of this sickness, and to know that eventually we can beat it. There’s hope now because of the treatment I am on. It’s not a death sentence,” said Monyetebeng.

According to Nomusa Ludonga, head sister of rheumatology at Chris Hani Baragwanath Hospital, the exact cause of scleroderma remains unknown, although scientists and medical researchers are working hard to discover why people contract it. She said women are generally affected three to four times more often than men.

“There’s no prevention method or diet we know of that can help avoid or decrease the risk of contracting scleroderma,” she said.