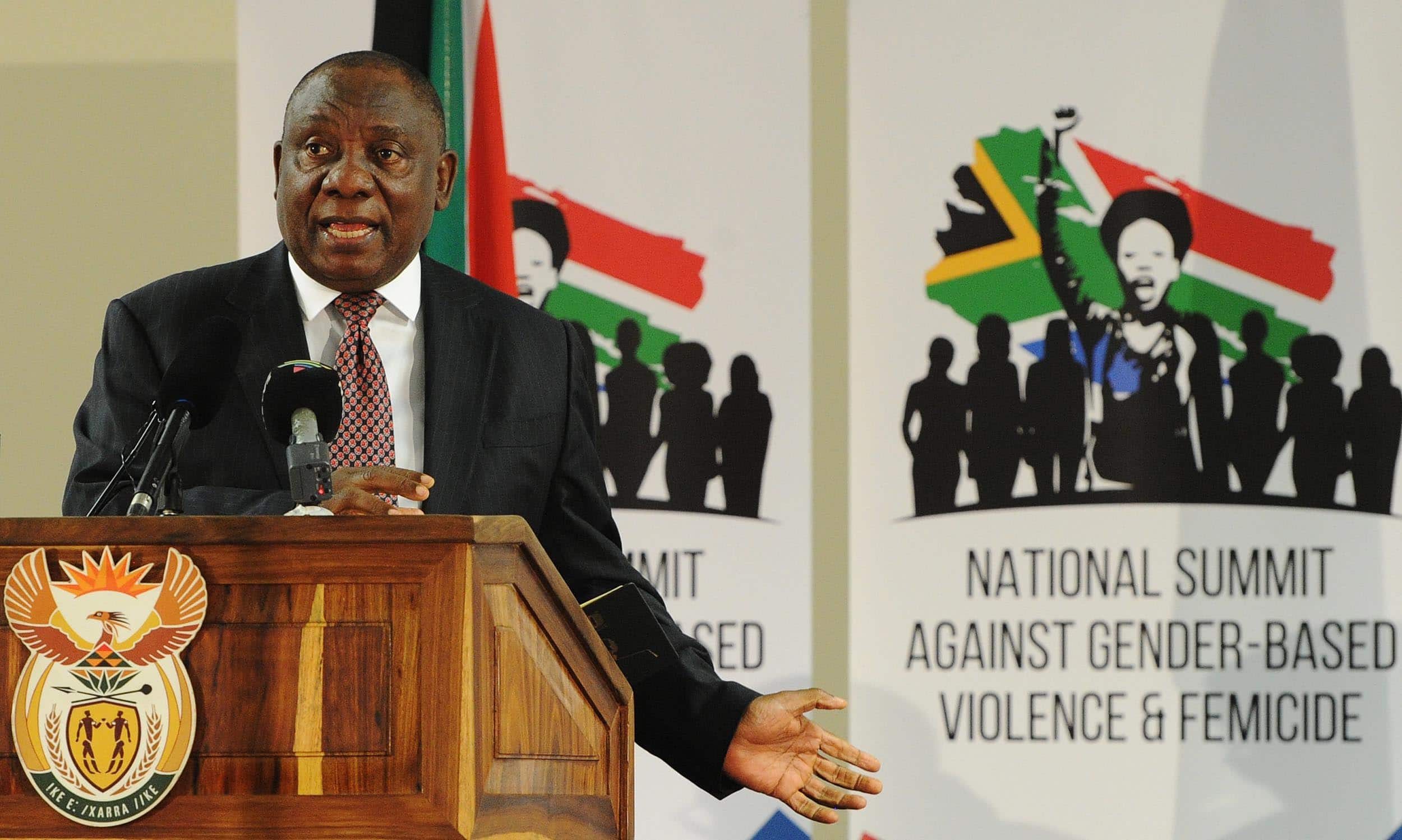 While government officials promised results by May, activists say they’ve had to put pressure on officials for any progress to happen.

Gender-Based Violence Summit fails to meet its own deadline

A national strategic plan to tackle gender-based violence and femicide should be in its final stages to meet the May 2 deadline that was promised at the Presidential Summit against Gender-Based Violence and Femicide in November – but it stalled because it needed the president’s signature.

The two-day summit brought together about 1200 government officials, activists and policymakers who deliberated on how South Africa should tackle the scourge of gender-based violence. A declaration of commitments was developed and agreed on by delegates, and two commitments – developing and funding the strategic plan and setting up an Interim Structure – were given a six-month deadline.

All it needed to get rolling was President Cyril Ramaphosa’s signature.

“The implementation of the declaration starts after the signing,” said Phumla Williams, Deputy Director-General of the GCIS.

But Ramaphosa only signed the document in March.

We were told that there was no way the president was going to put his signature on a document that might have challenges for him later on. That’s why it took so long for him to sign

During the media briefing in November Social Development Minister Susan Shabangu publicly committed that the declarations will be adopted and without the signatures.

“The summit has adopted the declaration… When it gets signed by the relevant stakeholders it will be a much better document that will be distributed, but what we are pleased about as government is that the document has been adopted,” she said.

Activists said they’ve had to fight the government to uphold its end of the deal.

“They [government officials] were adamant there was no need to sign the declaration and that we can get to work immediately despite the document not being signed,” Total Shutdown’s Brenda Madumise said.

Activists met with government officials shortly after the summit to finalise the declaration and were told by the state law advisers that the declaration must be checked to see that it passes all the country’s legislation before it could be implemented.

Madumise explained: “We were told that there was no way the president was going to put his signature on a document that might have challenges for him later on. That’s why it took so long for him to sign.”

She said if it weren’t for activists putting pressure on the government, the declaration would still be unsigned. “The delays were just unacceptable. The interim structure wasn’t put in place so we pushed for it to be appointed.” 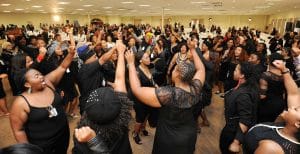 Activists say they’ve had to put pressure on government to start working on the summit’s declarations. (Photo Credit: Siyabulela Duda/GCIS)

Shabangu also said in November that it was the responsibility of the government to provide the money to achieve these commitments. But as it stands the only funds that have been available for the Interim Structure to start working towards the declaration was money activists fundraised. Civil society, through social justice organisation Soul City, applied for a R5-million grant from the National Lottery ahead of the Summit, according to Soul City CEO Lebo Ramafoko. “It took time for the National Lottery to approve the grant and money for the Summit had to be found elsewhere,” she explained. “The Lotto only approved R1.5 million and that money is being used to fund the logistical issues for the structure to do its work.”

According to Williams, the Presidency has not allocated a budget for the work that needs to be done to achieve the declaration’s commitments. “The Intersectoral Committee has six months to develop a costed strategy. So I am not sure if they have finalised that work.”

Meanwhile, activists are adamant that the progress towards decreasing South Africa’s gender-based violence would not have happened without them.

“We need to ask ourselves whose responsibility is it to fulfil some of the demands and commitments of the summit. We must guard against things being done to tick a box because when it comes to dealing with gender issues, including gender-based violence, this country has remained the same because of ticking boxes.” – Health-e News