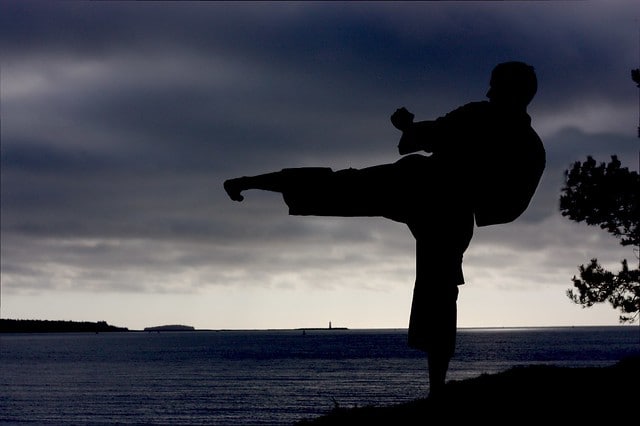 This Eastern Cape father uses karate and gardening to keep young and elderly members of his community healthy and active.

Karate instructor aims to give obesity the chop

EASTERN CAPE – South Africa is one of the unhealthiest countries in the world, but Clive Noconjo is determined that residents from his hometown aren’t part of the statistics. He’s involving young and old people in the Mount Zion location, just outside Mbizana, in sports and recreation. 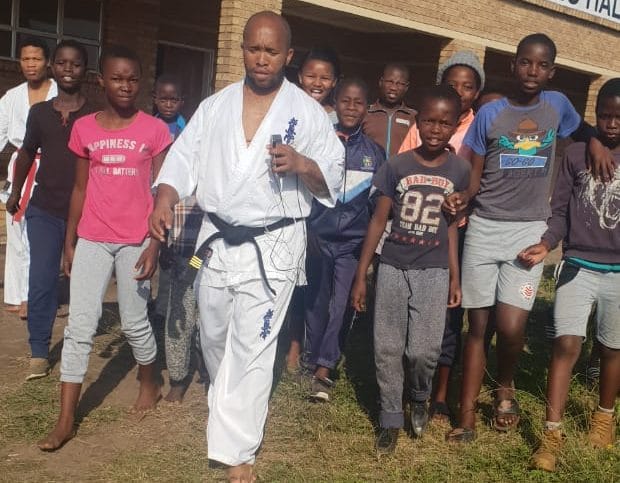 Clive Noconjo with some of the children he trains. Photo: Zizo Zikali / Health-e News

Despite working an 8am-to-5pm job at the local municipality, the married father of two finds time after work to train members of Ingqayika Club (which means bicycle). Noconjo encourages a healthy lifestyle for the members of the club which focuses on karate, cycling, recreation for elderly people, and agriculture.

“Obesity and other chronic illnesses are caused by what we eat so I encourage club members to follow a healthy, balanced diet.  The club does not focus only on karate training, we have a vegetable garden that is accessible to club members to ensure they have healthy food.”

He says karate helps him stay focused. “I love kyokushin [a style of karate], and want to instil discipline and commitment in members of the club.”

One of the club’s objectives is to build social cohesion in the community and Noconjo believes that if they unite children now they will create a unified community for the future. Members of Ingqayika also help the elderly by cleaning and cutting grass in their yards.

We encourage ‘active ageing’ through recreation. I started the club to focus on training young people, now I am very excited that parents are also part of the club, and are starting to be careful about their health.

“We want the elderly to age actively which is why we have special sessions where we exercise with them. We encourage ‘active ageing’ through recreation. I started the club to focus on training young people, now I am very excited that parents are also part of the club, and are starting to be careful about their health,” said Noconjo, who is also the Eastern Cape secretary of the karate organisation, IKO Matsushima Africa.

“Ingqayika Club has helped me refrain from alcohol, drugs and crime.  I have also learnt to be a more disciplined person and to work hard. For a karate person to be a champion he/she must work hard. That principle applies to life; if we want to achieve our goals we must work very hard. Nothing comes on a silver platter,” he said. – Health-e News