Home » Tutu Truck – Get a haircut after HIV test 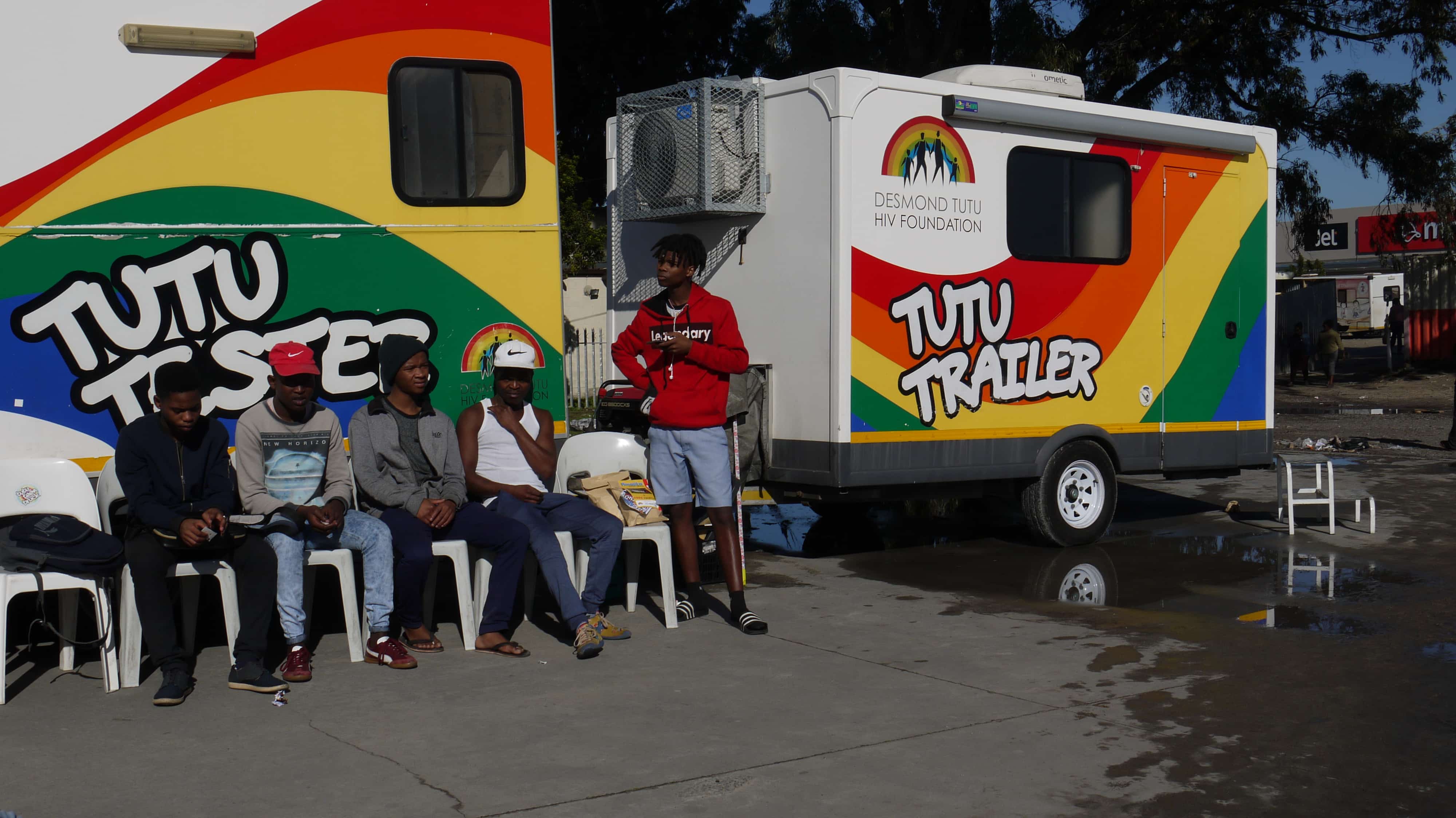 Some men say they avoid health checks because they’re ‘female-centric and uninviting’. The newly-launched Amajita Tutu Truck seeks to change that.

The foundation’s PhD candidate and researcher Ndumiso Madubela says: “Men are less likely than women to know their HIV status [or get] tested in the last 12 months.”

The Amajita Tutu Truck provides mobile wellness and HIV testing services. “This outreach is specifically for the 15 to 35-year-old age group who are at high risk of HIV infection in the Klipfontein and Mitchells Plain district,” Madubela says.

The truck is one of the interventions being implemented, says Madubela, to enhance testing and provide linkage to health services for men in the area.

It starts its rounds in Philippi and surrounding areas to facilitate men’s engagement with sexual and HIV health services in the community.

A cut above the rest

The foundation has also partnered with The Legends Barbershop to provide free haircuts to men who test for HIV on the truck.

“This is a brand new partnership, and we’re hoping it’s the first of many because it was very well received by the community. As much as we work in different spaces, there is definitely synergy [because] both parties work with people, specifically men,” Madubela adds.

According to the latest HIV household survey, 1.2-million men between the ages of 15 and 49 years old are living with HIV in South Africa and only half of them are virally suppressed, meaning, the HIV in their blood is so low it’s undetectable which proves that ARVs are working.

While South Africa has made progress to encourage people to test their status, it has been uneven because women are more likely to do so than men. This is partially attributed to the prevention of mother-to-child transmission programmes, which allow women to access testing services during routine antenatal appointments.

Recent research has shown that men are often reluctant to get tested because it’s perceived as being weak and not masculine. Men also report that they worry when queuing outside a testing facility, communities will assume they’re living with HIV.

Many are also terrified of receiving a result that’s positive.

“Accessing health care can also be discouraging because of long waiting times, fragmented health care services, low levels of integrated services, lack of sensitivity and awareness from professionals, inaccurate information, long commutes, unpaid leave from the workplace, and the expectation that one may be diagnosed with a chronic or terminal disease without adequate interventions,” Madubela explains. – Health-e News

An edited version of this story was published by Pretoria News Weekend.