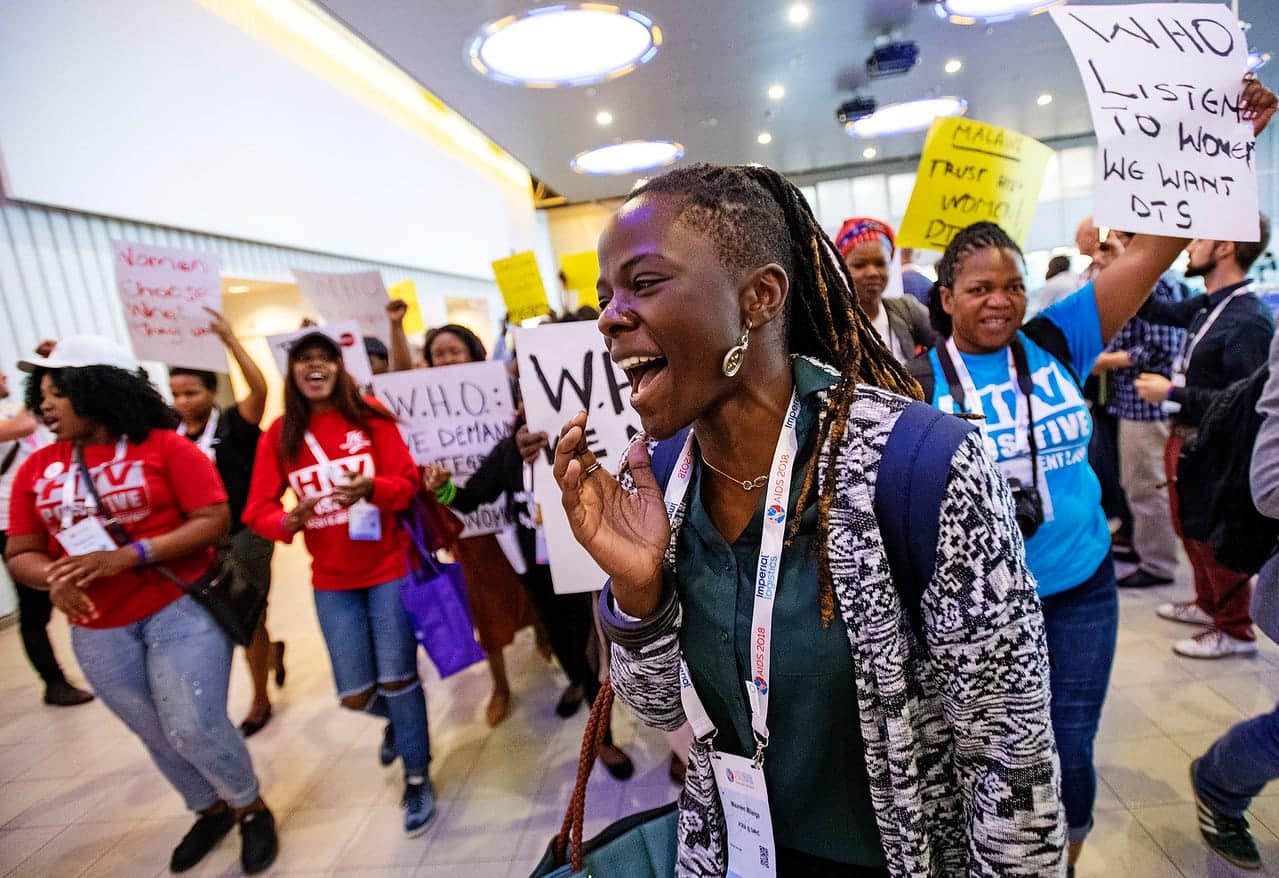 TLD, the new HIV drug to make it easier for patients not to default. (Photo Credit: Marten van Dijl / IAS)

Dolutegravir has been approved as a first-line and second-line treatment for women of childbearing age.

MEXICO CITY – The World Health Organization (WHO) has announced that the groundbreaking antiretroviral drug dolutegravir, commonly known as DTG, is safe for use by pregnant women and those in their reproductive years.

This change in HIV treatment guidelines comes after a new study – presented at the 10th IAS Conference on HIV Science (IAS 2019) – has allayed concerns that the risk of birth defects of the brain, spine or spinal cord was higher in women taking the drug during conception.

Activists protested against the WHO’s caution against DTG use amongst women who were not consistently on contraceptives. Civil society demanded that women be given the right to choose between dolutegravir and efavirenz, and that choices about their bodies be left to them.

Botswana was the first Sub-Saharan country to launch the drug dolutegravir. Studies show that it is far more tolerable than the older drug efavirenz, which patients have reported causes depression and hallucinations in the first few months – this could lead to people not staying on treatment.

“DTG is a drug that is more effective, easier to take and has fewer side effects than alternative drugs that are currently used. DTG also has a high genetic barrier to developing drug resistance, which is important given the rising trend of resistance to efavirenz and nevirapine-based regimens,” states the WHO.

The initial Tsepamo study found that about four out of 426 babies from women who gave birth while on dolutegravir were born with birth defects. These results prompted many countries — including South Africa — to halt their plans of rolling out the ARV in its first and second-line treatment.

But new data, again from the Tsepamo study, and from Brazil, now shows that the risk for birth defects is much lower than intentionally signalled.

The Brazil study included 1,468 women who became pregnant while on ARV treatment, with 392 taking DTG at the time of conception. Researchers found no cases of birth defects occurred, which backs up the conclusion that even if DTG-based therapy is associated with a risk of NTD, the risk remains quite low.

“Our recommendations indicate that one could [see] the benefits of taking DTG as first-line treatment outweighs the harm. We should have an individual discussion with every young women, especially if she’s interested in becoming pregnant, about her understanding of those potential, yet small and real risk of neural tube defects. And she could consider taking another drug if she felt that that was beneficial for her,”  says WHO’s HIV testing and prevention, Dr Rachel Baggaley.

Meanwhile, Kenyan activist Jacque Wambui says the decisions regarding the DTG should have never been made without the actual women who use the drug.

The real work starts now, Wambui continues, because these new guidelines need to be effectively communicated on the ground. Women should be given all the information about all ARVs and the final choice should be made by them.

“It’s my body, it’s my pregnancy. Women know how to make decisions about their own health. Give us the information and let us decide,” she says. – Health-e News