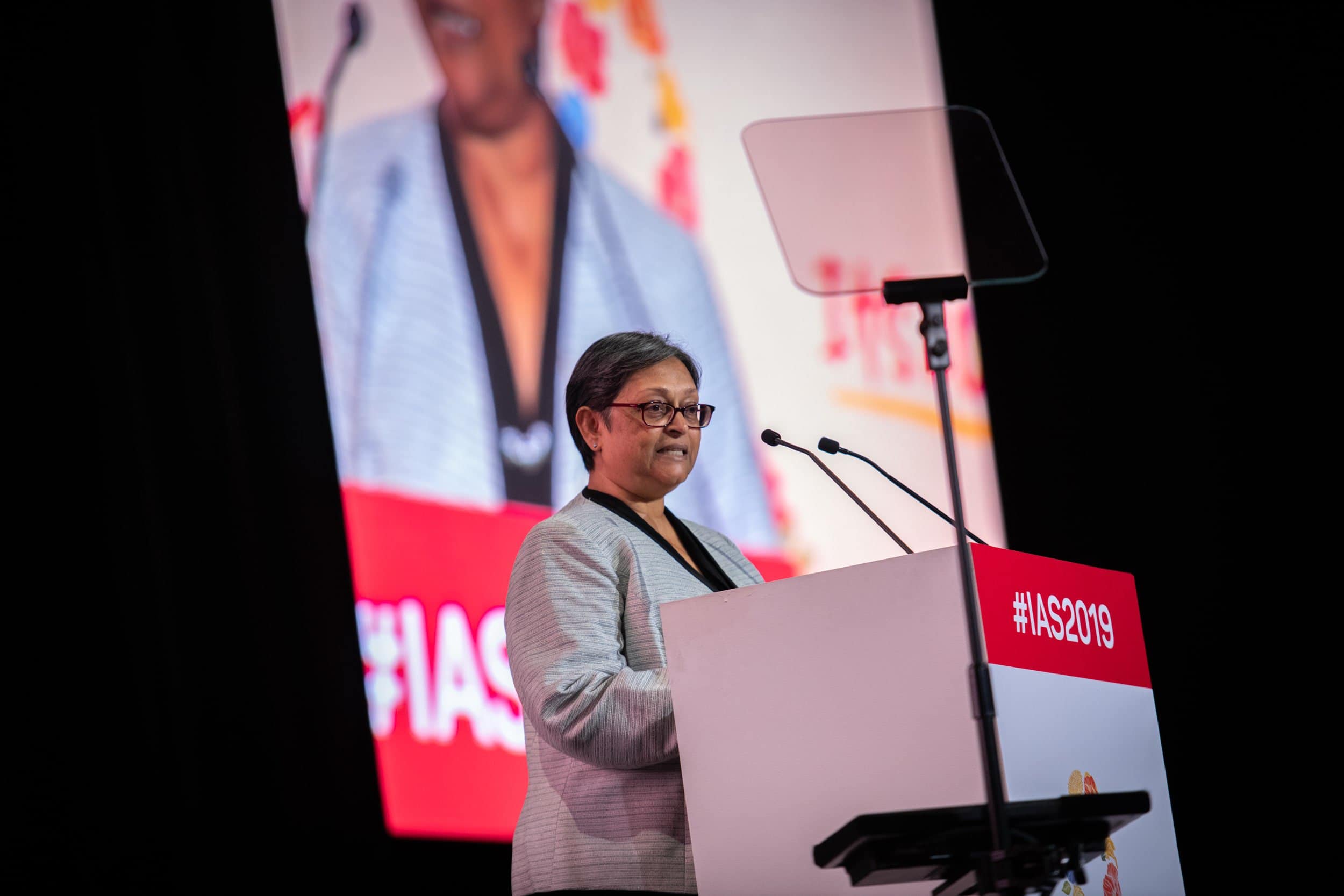 New research suggests an implant is the next big step in HIV prevention. But, could South Africa’s history with this tiny device stand in the way?

MEXICO CITY — A first-of-its-kind implant that’s inserted just under the skin and slowly releases an antiretroviral (ARV) drug to prevent people from contracting HIV is the gamechanger development coming out of the 10th IAS Conference on HIV Science (IAS 2019) in Mexico.

Researchers shared the results of the first human clinical trial, where a four centimetres-long implant, similar to the one that’s used as birth control, was inserted into the arms of 16 people over three months. The study was double-blind, meaning neither participants nor researchers knew who was receiving an implant loaded with the newly named ARV drug islatavir — also known as MK-8591 — or a placebo (an inactive substance). Participants were inserted with a single implant that was either active or placebo.

The study found that the implant’s slow-release of islatavir was maintained at high levels in the blood for over a year, despite being removed after three months. Additionally, the implant was found to be safe to use and mild side-effects were reported by participants.

This shows the potential of islatavir implants as a potential new form of HIV-prevention.

Currently, the only way an HIV-negative person can prevent infection is through taking a daily pre-exposure prophylaxis (PrEP) pill. But research has shown that people, especially women, must consistently and correctly take the PrEP pill for it to work effectively.

“In pre-clinical studies, [islatavir] has demonstrated high potency, high barrier to resistance and a long [shelf] life,” says Merck’s Senior Principal Scientist Dr Randolph Matthews. Merck is the manufacturer of the implant, as well as the contraceptive implant known in South Africa as Implanon NXT.  The pharmaceutical manufacturer’s experience with slow-release removable birth control implants, which are already widely used in some countries, puts them at an advantage of leading the way in the PrEP implant field.

These small-scale results are promising, Matthews says, and show the need for larger-scale trials.

A PrEP implant clinical trial will also start in South Africa, through the Centre for the Aids Programme of Research (CAPRISA)  in KwaZulu-Natal. The trial will assess the safety and tolerability of an implant loaded with the ARV drug tenofovir alafenamide fumarate, which is produced by another pharmaceutical giant Gilead.

“Unlike the [islatavir] implant, which shows potential as a single implant, TAF may need more than one rod to be inserted [to be able to prevent HIV infection],” explains Dr Ariane van der Straten, a Senior Fellow and Director at RTI’s Women’s Global Health Imperative.

Researchers at IAS 2019 are forecasting that implant-driven HIV prevention technology could resolve some of the problems the one-a-day pill PrEP is facing at the moment, such as adherence.

The more correctly someone takes the PrEP pill, sold under the brand name Truvada, the more effective it is at preventing HIV infection. It needs to be taken more or less at the same time every day, which can be difficult for some people who are at risk of contracting, such as women. A 2015 study published in the Journal of Infectious Diseases showed that women who fail to take the pill daily have a higher chance of contracting HIV than men who have sex with men who skip doses.

Creating an implant that requires one or two implants and doesn’t need to be administered daily could help prevent new HIV infections in South African girls and young women who are infected by the virus at a rate that is four times higher than their male counterparts.

In 2014, the South African government introduced Merck’s Implanon NXT to increase contraceptive options in the public sector. The implant first boomed, but later, women removed them early, leading to a decline in the uptake, states a 2017 study published in the South African Medical Journal.

Women complained about side effects such as weight gain, acne, headaches, and mood swings. According to Katane, she noticed changes in her menstrual cycle and picked up eight kilograms after she switched to the new birth control method.

The women who wanted to remove the implant struggled because some health workers refused because they didn’t know how to, according to media reports.

“Many people are complaining about the [contraceptive] implant. I even saw it on Checkpoint [reality TV program]. They are saying that they are having periods for a long time and when they go to the clinic to ask them to remove the implant, the nurses tell them that ‘we can’t remove it because we are not trained to remove it, we are only trained to insert it’,” said a young woman who was part of a 2018 study that assessed South African youth’s perception of an HIV-prevention implant.

Could this hurdle stand in the way of the success of an HIV-prevention implant?

Maybe. If the concerns and views of people who have or haven’t used Implanon NXT are not allayed by providing better information and fixing the mistakes of the Implanon NXT rollout, van der Straten says.

She explains: “We need to learn from the South African situation and think about how we will make sure that the PrEP implant is not coercive, and when someone wants to remove it, they can get it out.”

But the study found that, despite challenging early stages of Implanon NXT, young people are open to the idea of a PrEP implant.

The study was conducted in Soshanguve (Tshwane) and Cape Town and suggests that young women and men between the ages of 18 to 24 show some kind of interest in using a PrEP implant. About a quarter (23%) of the women in the 105-person sample had previously used contraceptive implants. The study found that an HIV-prevention implant that offers long‐lasting protection could potentially be a hit.

“The reason why I feel excited is because it will be invisible when I have inserted it [PrEP implant]. Nobody is going to see that it is there, unlike the one for pregnancy prevention,” Hlumelo, one of the study’s participants who has never used an implant, told researchers.

While some participants preferred an implant that could prevent HIV for more than six months, size and the number of implants inserted also mattered. Additionally, a PrEP implant that’s flexible, discreet and is biodegradable — meaning it doesn’t need to be removed from the body — could also increase people’s chances of choosing the implant.

While the world could still be a few years away from a publicly available PrEP implant, the possibilities are endless and add to the increasing pot of biomedical innovations aiming to prevent new HIV infections. – Health-e News

An edited version of this story was published in IOL.