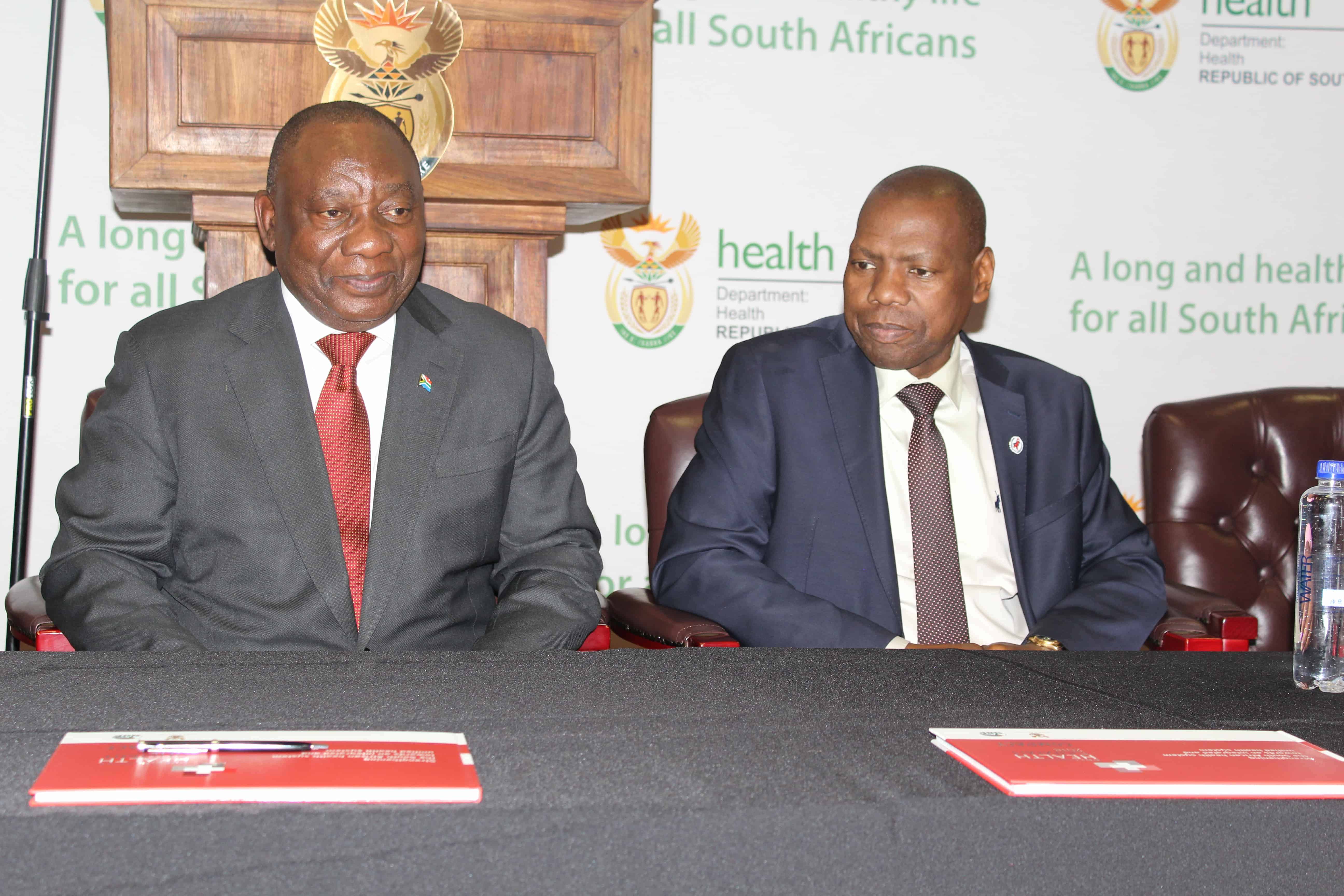 President Cyril Ramaphosa signed the Presidential Health Compact on Thursday, calling it a turning point for the healthcare sector.

“We are closer to the fundamental transformation of our healthcare system. Through our actions, we are bringing our collective energies to bear to be of service to our people,” he said at the ceremony at the George Mukhari Hospital in Tshwane.

Ramaphosa said the signing of the Health Compact was the conclusion of a long journey that began at last year’s Presidential Health Summit. Key stakeholders were brought together at the 2018 summit to design a roadmap for South Africa’s path to universal healthcare with the National Health Insurance (NHI) as the entry point.

Ramaphosa said the compact’s goal was “one country, one health system”.

Many South Africans have raised serious concerns about their healthcare experiences, such as staff shortages, long queues, poor infrastructure, corruption and stock-outs of medicine.

Ramaphosa said the government was aware of these issues, “[but] by working in a collaborative way, we will be able to reach our goals faster and implement them efficiently and with the best use of resources”.

He said the government was mindful of the legacy of decades of skewed resource allocation and under-funding of facilities, especially primary healthcare, and added that 25 years into democracy there had been strides in broadening access to healthcare, in reducing the burden of disease and in raising life expectancy.

The Health Compact is expected to contribute to the improvement of the public healthcare system so that many more South Africans can access quality care – and lead healthy and productive lives.

There would be an active partnership between the Presidency and government departments to ensure accountability and stakeholders are expected to report annually to the president on the progress made in improving the health system.

“We need to precipitate the expansion of nursing colleges and train more nurses to be deployed into communities as well as strengthen the contingency of community-based doctors,” he said.

Mkhize also said the Health Compact would assist in the implementation of critical tasks, such as providing the financing model for the NHI as well as infrastructure upgrading for health facilities to enable the rollout of the NHI in the next phase of implementation. – Health-e News