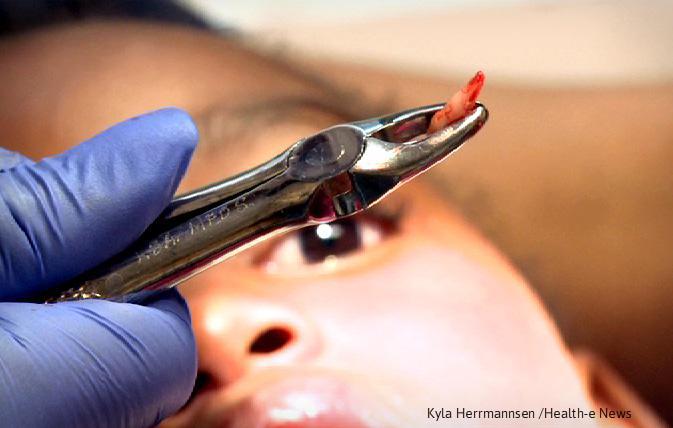 Oral diseases affect 3.5-billion people, yet oral health has been largely ignored by the global health community, according to a new study.

Tooth decay, gum disease and oral cancers can lower the quality of life in many ways, including pain, infections, problems with eating, speaking, diminished confidence and disrupting people’s social lives, work and school.

According to a new Lancet Series on Oral Health study, sugar consumption is the underlying cause of tooth decay, with untreated dental decay being the most common health condition worldwide, and lip and oral cavity cancers among the top most common cancers.

For Trudy Magolela (24) from Groblersdal, Limpopo, oral disease has been part of her life since childhood.

“I have had dental problems since I was a kid; every time I eat something solid or brush my teeth they bleed. It’s very painful. My gums are itchy all the time and some of my teeth have cracks. I no longer eat sweets and chocolates because of the pain,” she says.

Magolela has also stopped drinking sugary drinks and eating junk food to avoid cavities – but despite her dental discomfort, she has never sought help from a dentist.

Oral diseases have a major economic impact on individuals and the wider health-care system, according to the Lancet study, which was led by University College London researchers.

The study brought together experts from 10 countries to better understand why oral diseases have persisted globally over the last three decades, despite scientific advancement, and why prevalence has increased in middle-income countries, and among vulnerable people, no matter where they live.

Oral diseases present a major global public health burden and have been largely ignored by the global health community, the study further states.

‘A state of crisis’

Professor Richard Watt, the lead author of the series, says dentistry is in a state of crisis. He adds that dental care and public health responses have been largely inadequate, leaving billions of people without access to even basic oral health care.

“In high-income countries, dentistry is increasingly technology-focused and trapped in a treatment-over-prevention cycle, failing to tackle the underlying causes of oral diseases. Oral health conditions share many of the same underlying risk factors as non-communicable diseases, such as sugar consumption, tobacco use and harmful alcohol consumption,” Watt explains.

Research conducted in South Africa by Fitch Solutions reveals that sugary drinks sales are expected to decline for a second consecutive year since the introduction of the Health Promotion Levy, also known as the sugary drinks tax.

Khodani Mpilo (29) from Thohoyandou has already lost six teeth due to decay. “My teeth hurt a lot, especially when I eat red meat and some foods that have a lot of sugar. I have had dental problems since I was 7 years old,” she says.

According to Watt, the use of clinical preventive interventions, such as topical fluorides to control tooth decay is proven to be highly effective, but because it is seen as a remedy, it can lead to many losing sight of the fact that sugar consumption remains the primary cause of disease development.

“We need tighter regulation and legislation to restrict marketing and influence of the sugar, tobacco and alcohol industries if we are to tackle the root causes of oral conditions,” he says.

Dr Jocalyn Clark, an executive editor at The Lancet, says dentistry is rarely thought of as a mainstream part of healthcare practice and policy, despite the centrality of the mouth and oral cavity to people’s well-being and identity.

“A clear need exists for broader accessibility and integration of dental services into healthcare systems, especially primary care, and for oral health to have more prominence within universal health coverage commitments. Everyone who cares about global health should advocate ending the neglect of oral health.”

Lancet Series authors have called for wholesale reform of the dental care model in five key areas, which are: