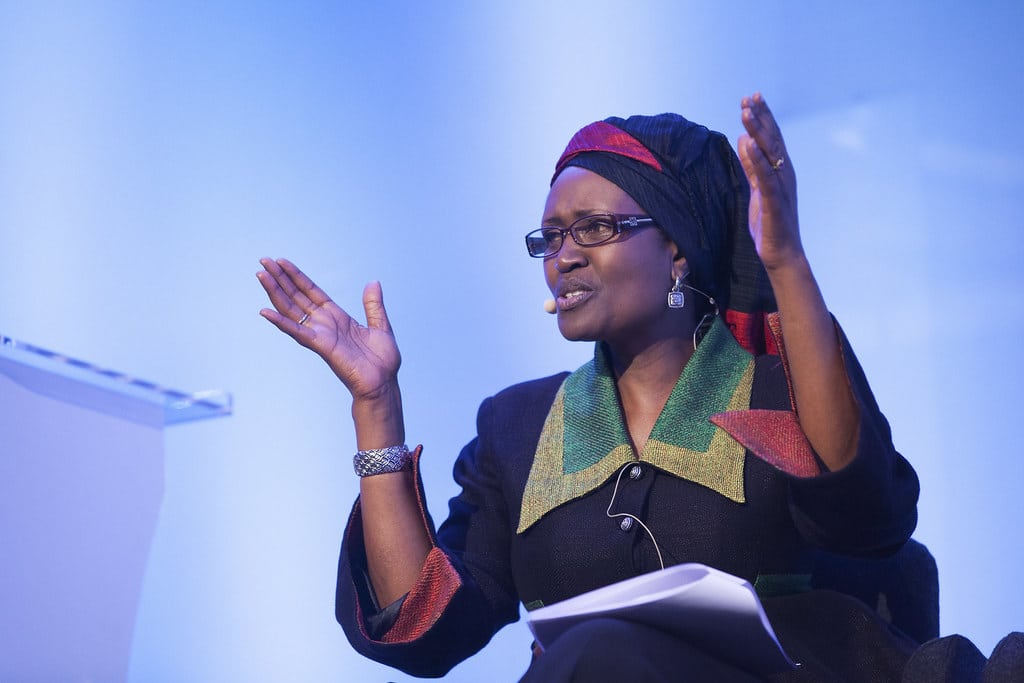 Female leaders believe that having women sitting at the table with decision-makers will be vital in ensuring that there is gender justice (Photo Cred: Fredrik Naumann/Felix Features)

South African activists are thrilled by the appointment of African feminist Winnie Byanyima to UNAIDS top spot, who is the first woman to hold the position in the history of the organisation.

On Wednesday United Nations Secretary-General, Antonio Gutteres, announced the appointment of Winnie Byanyima as the Executive Director of the United Nations Joint Program on HIV/AIDS (UNAIDS).

“This is wonderful news. Winnie is an African feminist who worked hard to transform Oxfam International in the wake of sex abuse scandals that affected vulnerable girls,” author and activist Sisonke Msimang told Health-e News.

Byanyima’s appointment has come as a relief to many after the departure of former head Michel Sidibé following a tornado of sexual harassment and bullying scandals that rocked the organisation.

“UNAIDS will also need shaking up, not just because of the toxic environment that permeated the organisation in recent years, but because the key drivers of HIV infection have not gone away. Women and girls continue to be extremely vulnerable to infection and to its effects, because they continue to have too few choices about who they will have sex with and under what conditions,” Msimang added.

Byanyima is a Ugandan human rights advocate who joins UNAIDS after being at the helm of Oxfam International for the past six years.

Section27’s Executive Director Umunyana Rugege said her organisation “warmly welcomes” the appointment Byanyima “the first woman to hold the position in the history of the organisation”.

“It is significant that she has a long and distinguished history of civil society activism and that she is an African woman. New HIV infections continue to be high amongst young African women,” she said.

“We look forward to an African feminist and human rights defender taking over the role and addressing the very urgent issues that we have previously highlighted, including adequate funding for the HIV response and institutional changes within UNAIDS to ensure the safety dignity of women working in UN agencies,” added Rugege.

Treatment Action Campaign’s National Chairperson Sibongile Tshabalala said it is particularly significant that Byanyima hails from sub-Saharan Africa, “an area that is the worst hit region [by HIV] in the world”.

“We welcome her passion and intense motivation to see the end of AIDS deaths and new HIV infections in the near future,” said Tshabalala.

Msimang added: “Activists will be supporting the new Executive Director, but we will continue to be vigilant – one woman alone cannot fix centuries of patriarchy. But if ever there were someone worthy of this task, it’s Winnie.” – Health-e News