LIMPOPO – The South African Human Rights Commission (SAHRC) visited the Louis Trichardt Memorial Hospital on Monday after a nurse was captured on video insulting a patient in the maternity ward.

SAHRC provincial manager Victor Mavhidula said he was concerned that the hospital management had ignored the incident for months. He said the matter was reported in February but the nurse was only suspended on Friday [9 August] after the video was leaked to the public.

In the video, the nurse is heard using vulgar words to insult a female patient who manages to keep calm.

“We have found that the hospital management knew about the incident which took place in February but did nothing about the matter and the nurse implicated has continued to work as if nothing was wrong until she was put on temporary suspension on Friday,” said Mavhidula.

He described the incident as unprofessional, which he said was one of the reasons why elderly people refused to go to the hospital when they were ill.

“This is something that should be addressed and stopped. As public servants, we all get provoked, but we have to keep calm and act in a professional manner all the time. We do not have to insult our people,” he said. 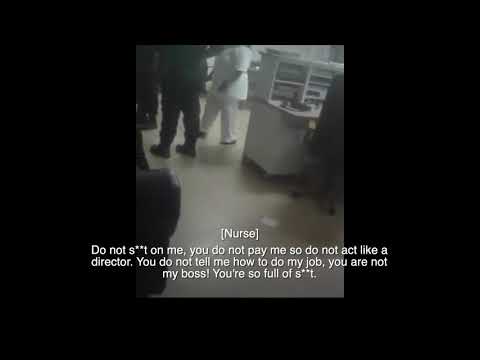 Mavhidula said the commission had been in contact with the department of health regarding the incident and was investigating.

The Limpopo Department of health’s media liaison officer, Thilivhali Muavha, confirmed that the implicated nurse was put on temporary suspension, pending further investigations. “While a proper hearing will begin this week, the nurse has already tendered her apologies to the victim,” said Muavha.

Muavha urged patients and health officials to treat each other with respect and patience. “We have various platforms in our hospitals and clinics which people can use to report poor treatment at public health facilities,” he said. – Health-e News.